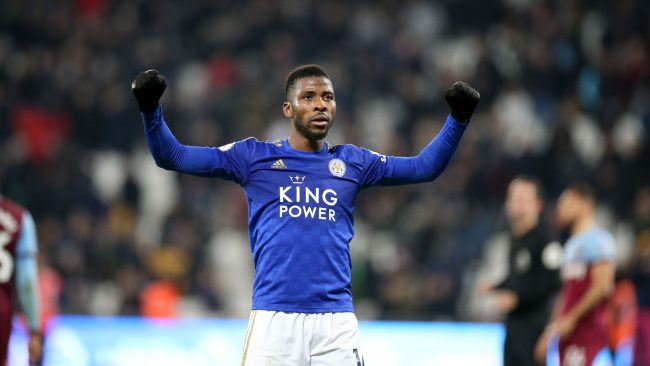 The Foxes’ needed Iheanacho’s 74th minute strike to force a 1-1 draw in the first leg at the King Palace Stadium over a fortnight ago and will be banking on the Nigerian again to score his fourth goal in the competition so far this term and his fifth against Villa in Cup competitions since he hit a hat-trick in the 2015/16 season in Manchester City’s 4-0 win in a FA Cup game at the Villa Park.

Both Ndidi and Iheanacho have not been lucky to play in any of the two domestic Cup finals in England since they moved to Queensland in 2017 and 2015 respectively.

Ndidi, who has been cleared to play tonight only got the opportunity to play in the FA Cup when he switched from Genk in Belgium in January 2017 as Leicester got knocked out of the League Cup 4-2 by Chelsea in late 2016.

The midfielder was an unused substitute when Millwall knocked the Foxes out of the FA Cup in February 2017. The following year, Chelsea in the FA Cup and Manchester City in the League Cup ensured the Nigerian did not smell the chance to play in a Cup final. The story was not different for Iheanacho as his 10 FA Cup goals have not propelled him near a Cup final since he started featuring in the competition in the 2015/16 season.

Manchester City’s scandalous 5-1 loss to Chelsea in February 2016 put paid to the Nigerian’s ambition in the FA Cup that year.

Tonight, the two Nigerians have the first chance of making their first domestic Cup final at Villa Park.