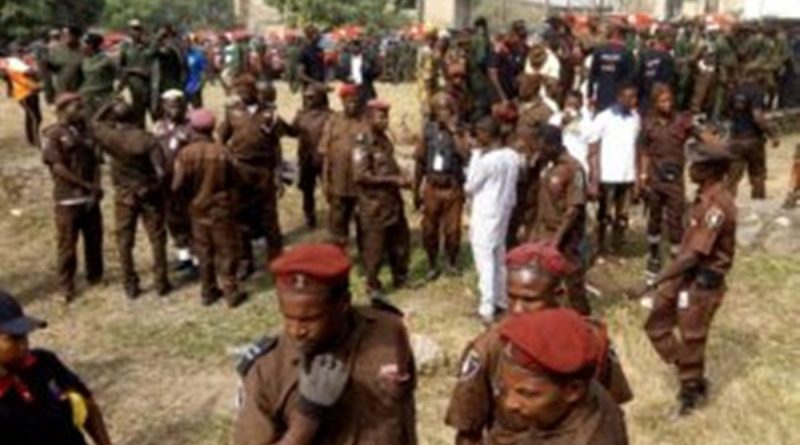 The zealous conviction with which all Yorubas across the world spoke with one voice on the issue of South West Security Network, with the code name of Amotekun has made me very proud. The novel initiative of the six governors of the Southwestern states on the establishment of Amotekun as well as their displayed courage to have resisted all forms of covert attempts to label the security outfit as illegal truly deserves commendation.

Meanwhile, the recent volta face of the Attorney General of the federation, Abubakar Malami on his earlier stance that Amotekun was illegal could not be divorced from the overwhelming support given to the security initiative by all Yorubas across the globe. For the sake of emphasis, my support for Amotekun is definitely firm and total. Before now, I have always remain sadly dissatisfied with the fact that Yorubas are being killed, kidnapped, robbed and raped on their ancestral lands by outsiders. No sane and right-thinking person of Yoruba extraction can ever be happy with the worrisome security threats to the lives and properties of our tribal kinsmen right on our ancestral lands.

My first take on Amotekun has always been that only persons or groups with the intentions to perpetrate crimes in the Southwest region of the country will not be comfortable with the establishment and operations of the South West Security Network. It is quite disturbing that a faction of Miyetti Allah, whose members have severally been accused of kidnapping, killing and destroying several hectares of farm lands in the South west could champion a camping against the establishment of Amotekun. One wonders why such a novel idea to secure the lives and properties of Yoruba people should unsettle any group or individual.

Besides, Amotekun has also touched on the fundamental issue of the need for true federalism in Nigeria. We are all witnesses to the fact that a vast nation like Nigeria cannot be secured by a central police. This also beggars belief that a policeman that is deployed from Sokoto to Ondo would be expected to have a good knowledge of his operational environment. This factor, coupled with the fact of understaffed Nigeria Police Force have to a large extent been responsible for worsening insecurity in the country.

Plethora of complaints by the South west people on insecurity reached a crescendo with the gruesome murder of Mrs Funke Olakunrin, daughter of the leader of Afenifere, Pa Reuben Fasoranti last year. She was alleged to have been shot by Fulani herdsmen on Lagos -Sagamu highway, and despite words of assurances from the police at the time of her murder to bring all the culprits to book, no arrest has been made till now. The killing of Olakunrin perhaps made the news because of the eminent status of her father. Scores of other sons and daughters of Yoruba extraction had before then been kidnapped, raped, maimed and even killed right on their ancestral lands by strangers. This is definitely unacceptable. As a matter of fact, no responsible government will fold its arms and watch calamities of insecurity befall the hapless and defenceless citizens. After all, the fundamental responsibility of any government is to protect lives and properties of the citizens.

We all expect that the operational presence of Amotekun will not only complement the efforts of the police and other law enforce agencies, but the security network is also expected to rid the forests and highways in the South west of heinous activities of criminal elements. Some might be tempted to counter this position with the argument of occasional operations of the army and other security agencies; good as these operations have been, they are only carried out occasionally without achieving total flush out of criminal elements.

However, it is also very important that we do not get carried away with the euphoria of the establishment of Amotekun without giving thought s to the possibility of future abuse of the security outfit. We need to be wary of the possibility that Amotekun could be hijacked and abused by politicians to settle political scores with their components. This will definitely not be the first of such floated security outfits that had been abused in the past. Activities of Bakasi Boys in the South East and Oodua Peoples Congress (OPC) in the South west in not too distant past will readily come to mind.

No one could deny the fact that both Bakassi Boys and OPC helped tremendously at the time to curb the dastard activities of criminals in both South East and South West of Nigeria. But, due to the absence of legislation that could checkmate the excesses of these outfits, they expectedly grew out of control and ended up becoming thorns in the fleshes of people they were primarily expected to protect. At a point, both Bakassi Boys and Oodua Peoples Congress became laws unto themselves and freely engaged in all sorts of extra judicial killings with reckless abandon. It actually took the personal intervention of the then President Olusegun Obasanjo who outlawed the security outfits and declared the then Coordinator of OPC, Gani Adams wanted, either dead or alive.

Since this is a road we have traversed in the past, we are therefore reasonably expected to learn from history by not repeating the same mistakes that had led to avoidable loss of lives and properties. To ensure operations that will be devoid of abuse by the operatives of Amotekun, stringent rules of engagement must be put in place. The engagement rules must also be backed up by-laws to be enacted by each of the six states Houses of Assembly in the Southwest region of the country. Limitations to the laws guiding the activities of Amotekun should also be clearly spelt out with a view to make it very difficult if not impossible for any State governor or politician to use the outfit for the settlement of political scores with their opponents.

Another important area of focus on the laws guiding the activities of Amotekun is the recruitment of the operatives and their renumeration. It is not a hidden truth that poor renumeration of workers could be a license for abuse of office, abuse of privilege and abuse of trust. For Amotekun to efficiently serve its purpose of formation, good renumeration of the operatives must be of concern to everyone. After all, it will not be too surprising or disappointing if any operative of Amotekun easily gets compromised on account of poor renumeration. Also, the issue of sourcing, handling and control of arms by the operatives of Amotekun equally deserve strict enforcement and regulation by the law. This is one very important area that deserves vital contributions by experts, legislators and regulating authorities.

My experience as a member of the lower legislative chamber and as the Deputy Chairman of House Committee on Army have afforded me a first hand information that lend credence to the fact that the nation’s security agencies, particularly the army are already overstretched if not overwhelmed. Fear of the federal government on the establishment of State police may have been informed by perceived issue of abuse by state governors and politicians. The establishment of Amotekun which is hinged on the stark reality of the need to complement the efforts of the Nigeria Police Force and other security agencies appears to have hurriedly spurred the federal government to giving approval for the recruitment of special constables for community policing. This is also a welcome development, after all, the more the merrier.

Amotekun in my honest opinion is a child of necessity as far as the security of lives and properties of South west people are concerned. But, this child of necessity may metamorphosed into a monster that will grow out of control of everyone if the needful is not done in the area of enactment of strict legislations that will guide against abuse. Our elders will always say that it is mandatory to ensure that extensive branches of an Iroko tree are always cut into sizes at the stage of fledging growth, otherwise, it will end up demanding for sacrifices upon maturity.

Hon. Tajudeen Adefisoye is the member representing Idanre/Ifedore Federal House of Representatives and Deputy Chairman of House Committee on Army