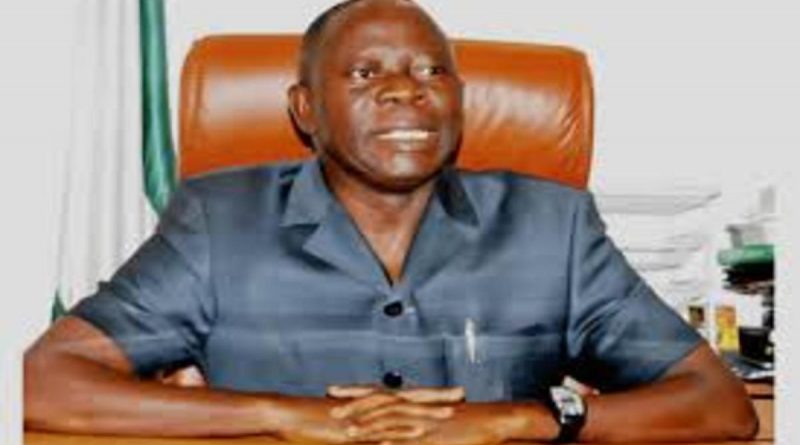 Politics
June 9, 2020June 10, 2020 Stan 0 Comments
LinkedInFacebookTweetPin
LiveChat will greatly increase the number of your satisfied customers. I've already tried it and I can recommend it as a go-to customer service tool! Sign up today for a free trial!

Shaibu, made the allegation in a statement in Abuja on Tuesday, saying the protests were targeted at destroying the Governor’s goodwill with President Muhammadu Buhari.

He however called upon well- meaning Nigerians to prevail on Oshiomhole to stop the attempts at pulling the Governor down.

“The truth is that Godwin Obaseki has the goodwill of the president. He has exceeded expectations in terms of performance in office.

“They have no other way to tarnish his image they therefore decided to sponsor protest to create false impression. The protest is the handiwork of the APC National Chairman.

“The question that should be asked is, if Governor Godwin Obaseki has certificate or not.

“Did the Nigerian Constitution mention the number of sittings or the number of subjects one must pass in the School Certificate Examinations before he could qualify to contest as Governor?”

“Leading a state is different from leading the mob and the earlier Oshiomhole assumes his rightful position as a National Leader and not as a sectional Chairman the better for him,” he said.

According to him, those behind the protest were either ignorant about the nation’s norm or were being economical with the truth.

“In Nigeria, the requirement to contest for the position of Governor is a WAEC certificate. The Constitution didn’t specify the number of subjects or the grades in such subjects for the purpose of evaluation.

“What is the scale of evaluation upon which the National Chairman of the APC is standing to question the certificate of the Edo State Governor?

“In order to put the record straight, it has been clearly stated that the Governor proceeded to the Institute of Continuing Education (ICE), Benin City, before furthering his education.

“The law doesn’t require the Governor to tender all his certificate but only his WAEC certificate.

“The problem is that Oshiomhole has elevated sycophancy to an art. The task of governing requires that he maintain a cool mien to enable him carry out the affairs of the party.

“But rather than been a national Chairman he has chosen to be a sectional leader instigating crisis in a party he was elected to model.

“As at today, Godwin Obaseki is qualified to contest as Governor because nobody went to write an examination for him like other aspirants who used mercenaries in acquiring their educational certificates.”