A new spike in COVID-19 cases and hospitalisations in the hard-hit United States has prompted a spate of new restrictions across the country, with North Dakota becoming the most recent state to require face coverings in public.

The Great Plains state, which borders Canada to its north, became the 35th state in the US to impose a face-mask rule, as an uptick in hospitalisations again threatens to overwhelm the healthcare network in what is considered the third major wave of infections.

“Our situation has changed, and we must change with it,” North Dakota Governor Doug Burgum said in a statement on Friday, after the state, which has a population of just over 760,000 residents, led the country for days in new daily COVID-19 cases per capita.

As our COVID-19 situation changes, we must change with it. Tonight, we announced four measures designed to reduce the rampant spread of infections in our communities, protect our vulnerable, ensure hospital capacity and keep schools & the economy open. pic.twitter.com/Chrifpyedh

The US has seen a steady climb in cases since the beginning of November, and 184,514 people tested positive for the disease on Friday, the highest single-day total since the pandemic began, according to Johns Hopkins University.

As of Saturday, over 10.8 million COVID-19 cases have been recorded in the US and 245,000 people have died after contracting the coronavirus – the highest in both categories of any country in the world.

North Dakota’s announcement came as the governors of Oregon and New Mexico ordered near-lockdowns in their states – the most aggressive response yet from those officials since the initial outbreak and the resulting lockdowns in the spring.

“We are in a life-or-death situation, and if we don’t act right now, we cannot preserve the lives, we can’t keep saving lives, and we will absolutely crush our current healthcare system and infrastructure,” New Mexico’s Democratic Governor Michelle Lujan Grisham said after imposing a two-week stay-at-home order.

Oregon Governor Kate Brown ordered a two-week “freeze” beginning Wednesday under which all businesses will be required to close their offices and mandate working from home “to the greatest extent possible”.

We are facing what may be the roughest days of the pandemic yet.

Our actions over the next 2 weeks, no matter where you live in the state, are critical. On Dec. 2, we will reassess the progress we’ve made and what measures are still needed. https://t.co/WKqw2wwvX7

The Democratic governor warned that violators could face fines or arrest.

“For the last eight months, I have been asking Oregonians to follow to the letter and the spirit of the law, and we have not chosen to engage law enforcement,” Brown said. “At this point in time, unfortunately, we have no other option.”

Governors in other states, including New York, Maryland, Virginia and Minnesota, have imposed more incremental measures over the past few days, such as limiting the size of gatherings and making businesses close early, restrict capacity or cut off alcohol sales earlier.

With the stricter lockdowns that began in March giving way to less severe measures, officials across the US are now grappling with citizens who may be less willing to alter their way of life.

There currently are no federally mandated coronavirus restrictions in the US.

Some state officials have said a lockdown’s impact on the economy would cause more damage than the disease itself.

In Nevada, Democratic Governor Steve Sisolak, who tested positive for COVID-19 on Friday, has largely argued that a pandemic response should be left up to individuals.

“That is the tightrope of trying to balance controlling the COVID-19 spread, protecting our hospitals from surges, and at the same time, not destroying and shutting down our economy,” he said, as reported by the Associated Press.

In Texas, which this week became the first state to surpass one million confirmed cases, Attorney General Ken Paxton has taken one of the hardest lines against new restrictions.

Paxton filed a lawsuit after the city of El Paso closed non-essential businesses after a surge in hospitalisations and deaths forced the city to bring in mobile morgues. An appeals court on Thursday temporarily stayed the El Paso shutdown.

Message from the president

President Donald Trump has been wary of statewide mandates, generally stressing the need to reopen the economy over a more cautious approach.

On Friday, Trump, who has not yet conceded after losing the presidential election to Democrat Joe Biden, said that there would be no nationwide lockdown during his administration.

Biden, for his part, has been supportive of statewide lockdowns and restrictions, and he has encouraged everyone to wear masks.

Still, it is unclear if Biden would attempt a nationwide lockdown, a prospect that would be politically fraught and risk further dividing a nation that the former vice president has vowed to unify.

Biden previously told ABC News he would “listen to the scientists” if they advised him to shut down the country, then appeared to back off on that claim during a town hall in September, saying “There’s going to be no need, in my view, to be able to shut down the whole economy”.

US orders China to close its Houston consulate 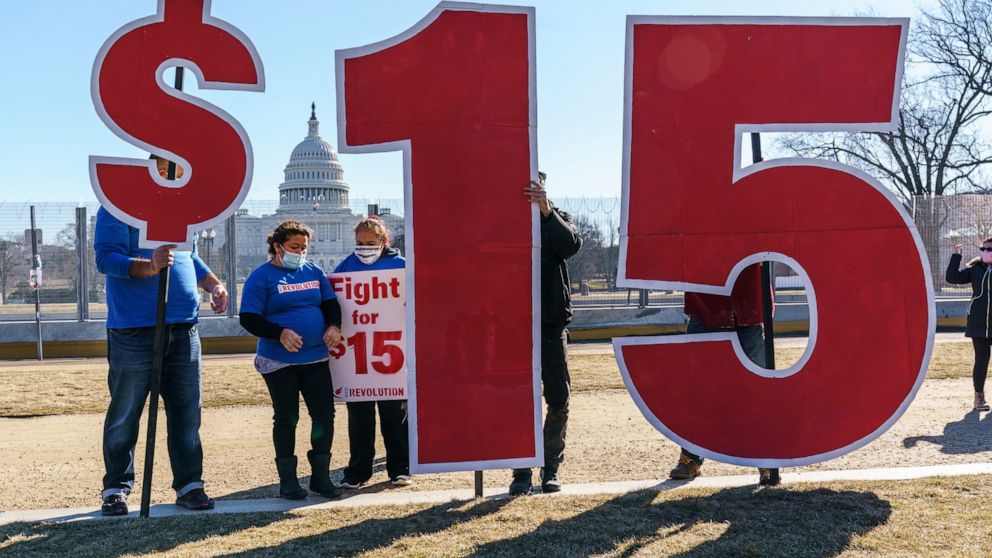 Support Our Troops Bracelets, Where Does the Money Go?