FC Augsburg German-born Nigerian central defender, Felix Ohis Uduokhai, in this exclusive interview with Bundesliga , made available to Completesports.com, speaks about his footballing career so far.

The 23 year old made a permanent switch to Augsburg from VFL Wolfsburg in July this year after an earlier loan stint. He has so far featured in seven Bundesliga games for Augsburg, scoring one goal.

Uduokhai who has represented Germany in the U-19, U-20 and U-21 levels, and just recently got a call-up to the senior team by Joachim Low also talks about his Nigerian roots, about Kevin Akpoguma representing Nigeria at senior international level and the biggest Nigerian footballer, in his opinion, Austin ‘Jay Jay’ Okocha. Uduokhai in Bundesliga action for Augsburg

Can you describe your goal against Dortmund on matchday-2?

Uduokhai: “It was a perfect position for the free kick. Cali crossed the ball so well and it come perfectly onto my head, I just had to make contact. It was amazing.”

What does the goal mean to you?

Uduokhai: “For me, as I hadn’t scored in the last seasons, my ambition was to score more this season. It was a good start to score in the second game. If you score as a defender, it’s something special. I was just happy, I think you can see the emotions in my face, it’s hard to describe, it was wonderful.”

You scored your first Bundesliga goal for Wolfsburg against Hoffenheim, now you’ve scored your second against Dortmund. Which goal was better?

Uduokhai: “Both goals were special. Against Hoffenheim it was in Wolfsburg, it was 1-1, we drew and it was in the last minute. It was crazy. It was my first goal in the Bundesliga, it was really something special. Something you dream about all the time. Here, last week against Dortmund it was beautiful too. It’s hard to decide, both of them were wonderful.” FC Augsburg’s left-footed centre-back Felix Uduokhai (left), who scored against Borussia Dortmund this season, in action against 1. FSV Mainz 05’s Robin Quaison during the match between both clubs at WWK-Arena on 31 October 2020 in Augsburg.

Two goals, both headed goals, is heading your speciality?

Uduokhai: “It’s just two goals in two seasons. It’s not much, but I’m working to get in the right positions to win the headers. I’m working on it.”

What is your impression of your Italian teammate Daniel Caligiuri? What makes him so important for the team?

As a dual national you also have Nigerian citizenship, have you
ever been to a football game in Nigeria?

Uduokhai: “I’ve never been to a game but I’ve been in a stadium in Nigeria once. It was on old stadium and it was a long time ago, but I can remember it.”

How was it for you then, emotionally?

Uduokhai: “When I was there, I was 11, so it was a long time ago. Of course, at that age it’s something you can’t believe because you’ve never seen those areas before in your life and it’s so different to your life here. It’s another world. It was fantastic to see all my family, my aunt, my uncles, cousins and all my family. I really want to go there next time.”

Do you have a favourite team there?

Uduokhai: “In Nigeria, no, no special team. I don’t really know many teams, I don’t know the league. Of course, I love the national team, especially the jerseys, they’re so beautiful. I’m going to buy the next one for sure.”

Who is the biggest Nigerian player?

Why is he the biggest player in your view?

Uduokhai: “I saw him playing for Bolton Wanderers in the Premier League and how he played was like Ronaldinho at his best. He had all of these fancy skills. You saw that he enjoyed his game and that’s beautiful.”

Have you ever met him?

Uduokhai: “No, unfortunately not, but maybe some time.”

What did JJ Okocha bring to the Bundesliga?

Uduokhai: “A lot. I can remember talking to my uncle and my dad and when they came to Germany, they watched the Bundesliga. At the time JJ Played for Eintracht Frankfurt. For them it was wonderful to see their own country, their own man playing in the Bundesliga. JJ wasn’t a player like everyone else, or every second player, he was fantastic and special. I can remember the goal against Oliver Kahn and that was crazy. JJ did a lot for the country of Nigeria to make them famous and to represent them in
Germany.” Kevin Akpoguma recently decided to play for Nigeria, can you imagine going down the same route as Kevin?

Uduokhai: “We’re going to see. For me, the most important thing is that whatever you do you decide with your heart. It’s a decision I have to make, maybe not now but it’s a decision I want to make when I’m 100% sure I want to make that step. Right now, I’m not in a position to say let’s do that, or this, I need some time. We’re going to see what happens in the next few weeks and months.”

How well do you know Kevin Akpoguma?

How is it playing in defence with Jeffrey Gouweleeuw?

Uduokhai: “I really enjoy playing with Jeff because he’s our captain and he’s a really good player. He’s so calm on the pitch, that’s something I’m attracted to, I want to be the same, so calm with the ball, with everything.”

You were a bit-part player for Wolfsburg and you’re now an
established central defender for Augsburg, how does that feel?

Uduokhai: “Of course, it’s absolutely a different situation for me, that’s why I wanted to come here. I saw something that I could bring here to the game and to the club. I saw that I could make the step here into the first 11. If you play games and are in the team you have to take more responsibility and that’s what I wanted to do, to take more responsibility, to help the team
and improve myself, to make the next step. That was my wish but I’m not finished, I have things to improve and make even better. I think I’m on the right way so I’m happy.”

What do Augsburg hope to achieve this season?

Uduokhai: “Everyone around Augsburg knows how we work here. We’re a small club, not as big as other clubs in the Bundesliga, but if you look at what Augsburg achieved in the last years, that we’re playing our tenth season right now. It’s good for the club, it’s good for the people around here, for the fans. Of course, our first aim is to make sure that we stay in the league. I don’t think everyone is satisfied with that if we only achieve that. At first, we want to make sure we stay in the first division then we’ll see what’s possible, but we want more and we can go for more, I’m pretty sure.”

What are your personal targets?

Uduokhai: “When you’re a little child you dream about playing in the Champions League, to win trophies, to play for the national team. Those goals are what you dream of and for me, of course, they are aims to reach. For this season it’s to stay strong, to stay fit, that’s the most important thing, and to play as many games as possible.”

If you weren’t a footballer, what can you imagine becoming?

Uduokhai: “As a child I dreamed of working for an ambulance but I’m not sure if I still want to do that right now. Maybe a pastor, that’s also something I think of. Right now, I’m just enjoying playing football.”

What do you think of Augsburg as a city?

Uduokhai: “It’s a beautiful town, it’s not that big but not too small. We have got good restaurants here, I enjoy it. It’s a nice city, an old city with the Fuggerei, that’s pretty famous here in Germany. You can do a lot here.”

What hobbies do you have?

Uduokhai: “My hobbies, of course to meet friends, to be with my family. Especially as you don’t have too much time as a footballer. Go out with my friends, enjoy the time, that’s all.”

Uduokhai: “My favourite books are biographies of guys who did something in their lives. I especially like to read Christian books. I’m a Christian, so I like to read those books, good books. They are the kind of books I read.”

Who are your role models?

Uduokhai: “Role model? Wow. I look up to Martin Luther King of course, he did something great in history but also my parents. If I look at my dad, I see a lot of what he did, how he was born in Nigeria and came here to Germany. My mum also, both of them are my role models. I’m a mix of both of them so I’m grateful for their advice and what they did for me.”

Uduokhai: “Good question. When I was younger, I always played on the wing. My role model was Thierry Henry as a striker. Now I’m a defender, so Carlos Puyol. He’s a leader, he’s fantastic, how he played formed his own team, he was great.”

What kind of music do you listen to?

Uduokhai: “Lots of kinds of music. My favourite kind is hip hop, RnB, but also singers who aren’t that famous. Folk music, I love too. It’s a bit different. Gospel of course for sure, I love Gospel.” 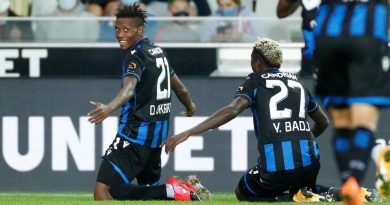 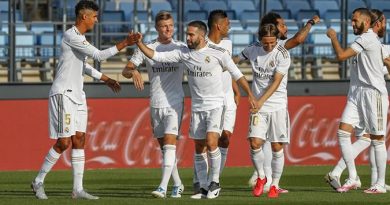