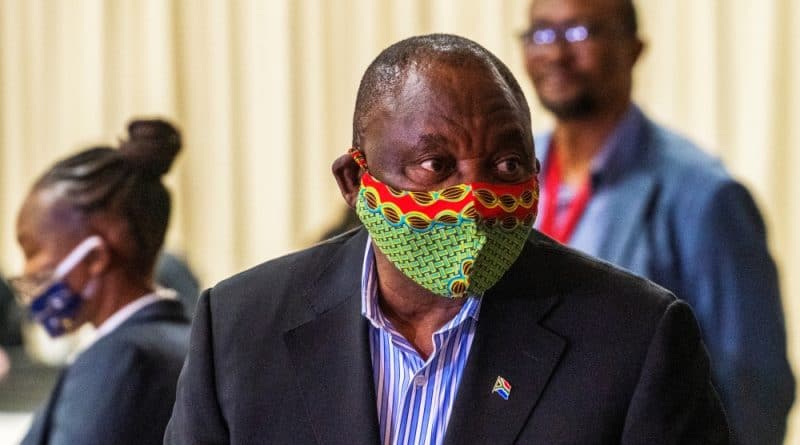 International
May 25, 2020May 26, 2020 Stan 0 Comments
LinkedInFacebookTweetPin
LiveChat will greatly increase the number of your satisfied customers. I've already tried it and I can recommend it as a go-to customer service tool! Sign up today for a free trial!

South African President Cyril Ramaphosa has announced a further easing of coronavirus restrictions from next month in a move that will allow most sectors of the economy to reopen fully under “strict health protocols” and “social distancing rules”.

Ramaphosa said in a televised address on Sunday the cabinet has decided to move the country to “level three” of its five-level approach to easing the coronavirus lockdown from June 1.

“This will result in the opening up of the economy and the removal of a number of restrictions on the movement of people while significantly expanding … our public health interventions,” said the president, who has been under pressure from rival political parties and a variety of industries to relax the curbs.

Africa’s most industrialised economy has been largely shut down since late March when the government enforced some of the world’s strictest restrictions in an attempt to try and stem the spread of the coronavirus which has so far infected 22,583 people and killed 429 in the country.

Ramaphosa initially enjoyed broad support for the lockdown, which confined most people to their homes aside from essential trips. But that has since given way to concerns about the measures’ effect on an already shrinking economy and on a mostly poor population.

The easing of the lockdown next week will include the lifting of a controversial ban on the sale of alcohol for home consumption. The measure was meant to prevent a spike in domestic violence and reduce pressure on emergency wards.

“Alcohol will be sold for home consumption only under strict conditions on specified days and for limited hours,” Ramaphosa said, adding, however, that the sale of tobacco products would remain prohibited “due to the health risks associated with smoking”.

Under level three, the night-time curfew will also be lifted and outdoor exercise allowed at any time during the day.

But public gatherings will remain prohibited and certain “high-risk economic activities” such as restaurants, bars and hairdressing salons will stay closed for the time being.

“There is also no reason at all for cigarettes to remain banned, as most smokers have not given up smoking and are simply buying their illicit cigarettes elsewhere.”

Ramaphosa, meanwhile, reiterated the government’s plans to allow schools to reopen for senior years from June 1, and said one-third of university students would also be allowed back on campus.

He identified seven cities as “coronavirus hotspots”, including the executive capital, Pretoria.

“The list of hotspot areas will be reviewed every two weeks depending on the progression of the virus,” the president said.

“Any part of the country could be returned to alert levels 4 or 5 if the spread of infections is not contained,” he warned.