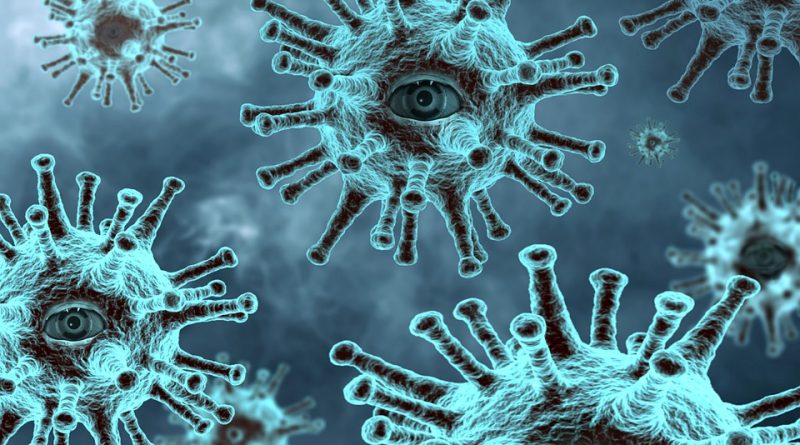 It is a known fact that Coloravirus disease is a strange illness that is caused by a newly discovered coronavirus and has become a pandemic all over the world. It is believed that this virus is dangerous and highly contagious, and thousands of people across the globe have been infected, and many have lost their lives to the pandemic.

The virus, which had to start as a merely speculated illness in the past, is now blown wide open in Wuhan and China at large.

Following the increase of infection and mortality rates, foreign ministry’s spokesman of China Lijian Zhao tweeted that the US army might be responsible for bringing the deadly coronavirus to China, therefore boosting the official conspiracy theory, which had in previous days been allowed to spread on china’s social media platforms for weeks.

This theory speculates that 300 of the athletes of the US military who attended the October 7th world military games held in Wuhan, where the virus started were infected with COVID-19, which made it possible to spread around China.

His claim came after the US Congress hearing video last week on the country’s responses to the situation at hand. The US director of the center for disease control, Robert Redfield, in a video said that some American citizens who were initially diagnosed to have died from the infection were discovered to have been killed from Coronavirus infection.

The video was trending on the Chinese social media network Weibo, with lots of comments that they believe the United States had covered up important facts relating to the virus.

Zhao a Chinese diplomatic who was recently promoted to be the spokesman at the foreign ministry after he built a reputation for himself as a diplomat who had always attacked the United States, and he blocked a couple of twitter users who spoke bitterly and called him out for embarrassing China’s government, propagating and spreading conspiracy theories on the platform which till date remains banned in China.

Zhao doubled down on his assertion and shared articles sourced from global research – which is an independent research and media firm located in Montreal, which says that there is more evidence to show that the coronavirus had its inception in the US and that these resources are important to everyone.

Right before his debut as a foreign ministry spokesman last month, he served as the deputy chief of missions in Pakistan. He, with several other Chinese ministry officials, represents a more confrontational and vocal style in the Chinese public representation.

“One of the main reasons why Chinese diplomats join twitter is to tell the Chinese story primarily, ” said Lok Tsui lockman, a professor of communication at the Chinese University of Hong kong. He also pointed out that he never thought that diplomats needed any approval for tweets they send as the Chinese officials don’t go into any position of power without knowing their boundaries.

At a briefing with the journalist, another spokesman of a foreign ministry, Shang Geng, pointed out that he would not comment on Zhao’s tweets but that everyone, especially the international community has different views as to how the virus started.

As the virus started spreading in the united states, the Chinese reaction was bungling by the White House as it’s response has been with a mixture of pride and surprise and glee, which is much fueled by the state media houses.

Conspiracy theories developed to shift the idea away from one that points to China as the source of the coronavirus are proliferating, helped by the Chinese authorities. Zhao’s latest comments have made these claims legitimate.

In his hashtag #, Zhao published five tweets questioning the US and has been viewed nearly 4millon times only on the web. “This move is quite reasonable. It doesn’t matter if Zhao has evidence or not, why should we be watching the western political elites attack china with unfounded theories and not see the Chinese question whether coronavirus originated in the united states?

All we are seeking is transparency on the side of the US- a user said. The comment might be as a reference to the remarks made by senator Tom cotton that virology located in Wuhan could be the source of the virus- A claim globally rejected by the scientist.

The source of covid19 is a big issue that the political class is holding on to as the virus continues to spread and cause havoc across the world.