Australia’s Bondi Beach has been closed down for now because of COVID-19; officials were forced to close the beach after thousands of people flocked there in recent days, defying social distancing orders by the authorities.

Lifeguards will now conduct regular headcounts, and they have permission to close down other beaches if there is so many gathering of people at one location, Australia recently imposed strict socializing rules as part of its Coronavirus epidemic response.

The country has recorded more than a thousand confirmed cases of the coronavirus, and seven people have given up the ghost.

There was the sound of sirens across Jordan’s capitol today, indicating the beginning of the country’s nationwide curfew imposed by the Authorities. The Jordan Government is restricting the movement of its 10 million citizens indefinitely to combat the spread of COVID-19.

Anyone caught defiling the curfew will be sentenced and jailed for up to a year so far; nearly 400 people have been arrested, and Jordan has recorded 85 confirmed new cases of the coronavirus.

Iran’s president held a cabinet meeting with his ministers today to deliberate on additional measures to fight the spread of the new COVID-19, and all attendees apart from president Hassan Rouhani wore a facemask. The Iranian citizen was informed to stay home for the next two weeks and only leave if it is necessary.

More than 20,000 of Iranian have tested positive for COVID-19 in that country, and more than 1500 people have died.

The epicenter of the COVID-19 pandemic is now in Europe and Italy is the worst-hit country in the world, About 793 people died there in the past few days alone, and it has risen the death toll in Italy above 4,700. Spain seems to be on a similar course, and there are fears that France, Germany, and the United Kingdom may not be far behind.

Italy’s armed forces are working without ceasing clearing dead bodies out of the worst affected regions as the rate of death continues to increase. The mayor of one city says the actual death tolls are even higher than the reported number with many untested people dying in their homes.

The lockdowns are now even stricter with bans on exercise outside the home, people are only allowed out for emergency cases or to get food. In Spain, the crisis is just similar to Italy, and their conference center has been set up to treat the rapidly rising number of coronavirus cases.

A new government was sworn into office on Saturday in France, and the lockdown is not as severe as Italy. Most of Paris is closed for business, France’s Health Minister issued an open invitation for citizens to play their part by donating stored face masks to health workers.

Germany is also preparing for the worst and central London is almost bereft of tourists. However, many Londoners are still going about their business as usual, despite the new measures implemented by the authorities.

British bars are closed now, but it is far from a full lockdown. Looking at what is happening in the rest of Europe, the United Kingdom could be headed the same way too with a strategy u-turn from the British government this week.

The Africa continent is also not left behind as the virus is gradually gain grounds in Africa countries with South Africa and Algeria recording the highest number of the coronavirus cases. The leadership of the Africa countries have actual enforce lockdown and restrict the movement of its citizen. Still, the biggest concern of the African population is their health system and the capacity to curtail and handle the spread of the virus.

The instruction on social distancing is not hitting home with everyone, and the long term or indeed short term consequences of that may soon become apparent. 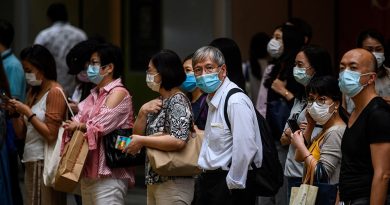 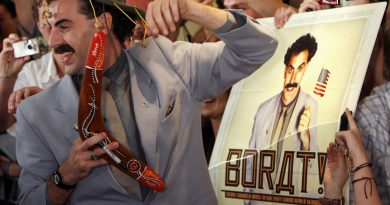