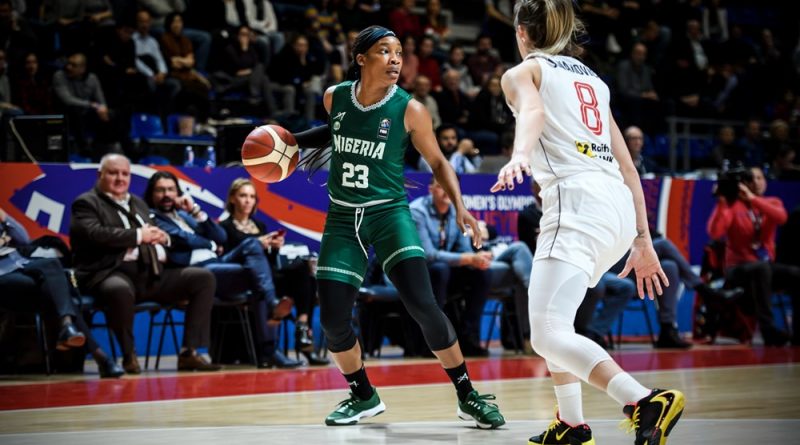 Nigeria’s D’Tigress on Saturday booked a ticket to the 2020 Olympics Games in Tokyo despite losing to host-Serbia in their second group game at the ongoing FIBA Olympic Games Qualifying Tournament 64-70 points.

Mozambique’s quest to qualify ahead of Nigeria suffered a heavy knock when they lost scandalously 49-124pts against current world champions- USA as Nigeria Basketball Federation set another enviable record of being the only federation in Nigeria to have two teams at the Olympics.

Being in command of the first quarter which they won 22-21pts, their good works were undone in the 2nd and 3rd quarters as their inability to convert their chances saw Serbia work their way back into contention winning 22-12 and 16-12 to open a decent lead heading into the fourth quarter.

Nigeria’ senior women national team tried to rally back in the last quarter after cutting down the deficit to just 4 points with less than two minutes to go, but two successive turnovers by Ezinne Kalu put a stop to that.

Although, they picked the last quarter, 18-11, it was a case of too little too late against the host who on the back of a vociferous home support stood their ground to see out the game.

Kalu led the charge for Nigeria with 20pts, 3 rebs and 2 stls while Promise Amukamara scored 15pts, 4 rebs on the night.

Team captain, Adaora Elonu weighed in with 9pts of her own as well as 6rebs.

68.75% conversion rate from 16 free throw attempts, 38.98% from field goal attempts and 41.03% success from the trey points line summarised the performance of the girls on the night that they found it difficult for their shots to drop against the Serbians currently ranked 7th in the world.

On Sunday, Nigeria will take on USA in their last group game which will have no effect on the 2020 Olympics qualification.