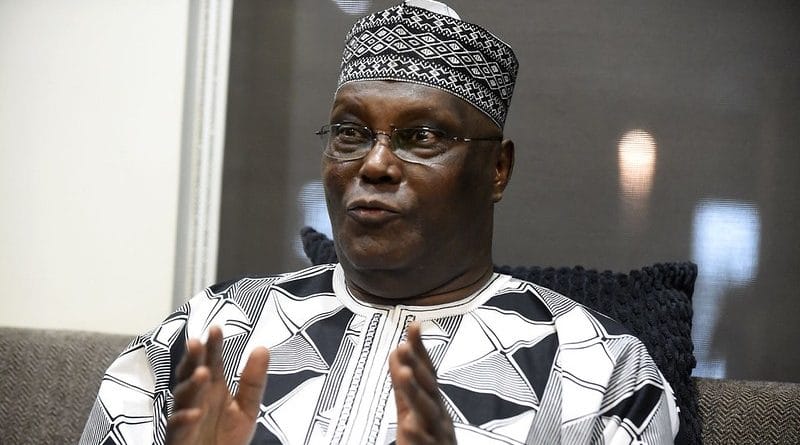 The son of the former Vice President of Nigeria Atiku Abubakar has continued to test positive for the dreaded COVID-19 disease after four weeks of being in isolation.

According to the report, he has remained in isolation without symptom or total cure, and this development surprised medical practitioners In Nigeria.

He was moved to Abuja’s teaching hospital for medical help where the vast majority of COVID-19 cases in Nigeria Are handled apart from Lagos.

Despite being On medication with antiretroviral drugs and some immune-boosting medicines. He kept testing positive to the virus even after 28 days of being in isolation. As of yesterday, he tested positive for the COVID-19.

According to the doctors, we are doing our best to ensure that he is fully recovered, but then, he can only be released when he is certified, improved, and fully fit to move around.

In a statement by the NCDC, “We have been saying that this is a unique condition, but we are hopeful that he’s going to recover pretty soon.” The vice president remains worried at the development according to a statement under anonymity (Because the NCDC does not disclose personal issues on individuals’ health except directly from their head or top management.)

The head of NCDC has declined comment about Mr. Abubarkar’s state of health at the time of filing this report.

It made it clear that he was at the isolation center this afternoon but declined comment.

As of April 15 the state capital Of Nigeria Has 58 cases out of 107 nationwide.

NCDC reports that at least we have 128 people that have recovered and have been discharged from the isolation center In different states of the country according to NCDC.

It is worthy of note to mention that two governors have soon recovered even though Atiku’s son was tested and confirmed positive before them.

Although the period a person can be without coronavirus infection, symptoms are based on scientific variables. Some experts Have said That the virus can last for 37 days, But after 28 days, Atiku’s son appears to be one of the most extended people carrying the virus without any or full recovery.

We have another similar case of Abba Kiyari, Buhari’s chief of staff, Who also tested positive and was made public on March 23. Though his recovery has not yet been made public.

In a statement, Ms. Ezeonua a Nigerian professor made it known to premium times on telephone on Tuesday afternoon that no matter how we look at the situation.

Atiku’s Son Health challenge is not a healthy situation based on the observations as regards the COVID-19 issues in Nigeria.

Ms. Ezeonu Is a microbiologist, a molecular geneticist At the Nigeria university hospital and She said the vice president’s son’s case, Atiku Abubakar Is taking long, and it looks like a prolonged carrier and should be carefully observed by the NCDC.

She said ordinarily Mr. Abubarkar should be cleared and declared negative because he is, of course, a young man and with the time already spent in isolation.

The virus can indeed be sometimes transient or chronic, but at this point, it is looking like a classic case of a courier. But we hope that his situation is not an extended carriage because it is hazardous to come to that situation. Because it will be seen to mean that his system is now in alliance with the virus she added.

The professor emphasized that up until now, she’s yet to hear of a similar situation to that of Mr. Atiku Abubakar, and she said that anyone tested positive could still infect others so long as the virus is not completely healed or the person tests negative.

If an individual Is asymptomatic as that of the case of the vice president’s son, then you expect the immune system in the body to clear the virus on time so that the person can be okay, she said.

So, she concluded that they should keep working on him, observing him closely until he’s able to test negative of the COVID-19 Infection