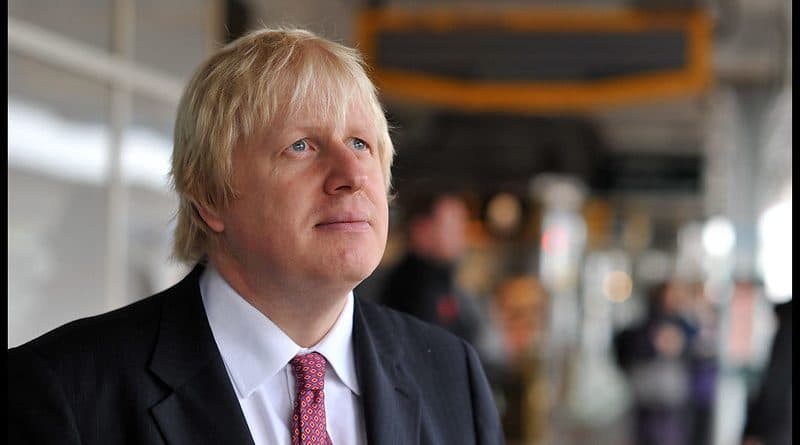 The British Prime Minister is receiving the very best care from the excellent medical team that is in Thomas’s Hospital, and he has remained stable over the night, he is supported on standard oxygen therapy and can breathe without any help or assistance.

He doesn’t need any artificial ventilation or non-invasive respiratory support, and he is also in good spirits as he keeps with his usual clinical practice, with his progress been monitored closely in critical care.

As you are aware, British Prime Minister Boris Johnson is still in hospital under intensive care, Johnson, who was just 55 years old is receiving oxygen but breathing on his own and in a stable condition. The foreign secretary Dominick Robb who is deputizing for Johnson, says he is quite confident the Prime Minister will recover from the infection.

Susan Lejeune dal Josukh is the UK High Commissioner to Canada and stated that the British Prime Minister’s health is not deteriorating, which is good news for all of us. Still, you know you don’t get taken into intensive care unless you’re ill, so it’s worrying, and all of us are hoping that he gets better very soon.

And also thank everybody in Canada who sent their best wishes, including the Canada Prime Minister, for his speedy recovery.

When it was announced yesterday that the British Prime Minister was moved into the intensive care unit as he was rushed to the hospital. It seemed pretty surprising given it was ten days after he was initially diagnosed with the virus; he had so far communicated that the symptoms were not too severe.

A lot of people were surprised, but I think one of the things about COVID-19 virus is that it can take us by surprise and people who are in good health and young like The British Prime Minister can have a sudden decline in their health, and it was evident in this case.

It shows that nobody is immune to the virus, and we all have to be very careful, but it was a surprise. Nobody knows how long The British Prime Minister might be in the ICU, and one thing is evident is that he has to stay there until he’s a lot better than he is now.

Luckily we have Dominic Rob, the foreign secretary in charge. And many of the significant decisions that have to be taken, and the direction that we had to go had already been defined before the Prime Minister was admitted to the hospital. So Dominic Rob is now overseeing the delivery of the decisions that were made in the last couple of weeks.

If there is any major decision to be made, Dominic Rob is the first secretary of state, and he is de-facto the Deputy Prime Minister. So he will be chairing the cabinet meetings and other meetings, but I don’t think there are any significant decisions that we have to take now. Still, the cabinet’s together collectively will decide if new decisions have to be made.

And if there isn’t consensus, he has been asked by the Prime Minister to take the decisions on his behalf, so I’m assuming that would happen. However, we’re not in that position at the moment, The British Prime Minister is still able to make decisions, and he has deputized the running of the country to Dominic Rob for the moment.

Even though he is in the ICU and not in the best of health at the moment, but he is not unconscious and not wholly divorced from the decision-making and everything that’s happened, including the state of the spread of the virus in the UK.

The spread of the virus in the UK is following the same path as elsewhere, and I think that the UK is a couple of weeks behind Spain and Italy were things are terrible, and a large number of people are dying, and it is awful.

Our health service at the moment is coping well, and we have enough equipment on the ground. We are making sure that frontline NHS staff are tested to enable them to do their work correctly, but it’s a frightening and horrifying situation, and we’re also in a state of almost complete lockdown.

So there are very few people out there following the instructions that have been released, I don’t see any of doctors and specialists think we’re through the worst of it quite yet. Still, they believe we are on the right trajectory to get there relatively soon, given the unique relationship between the UK and the EU and given the export controls that a lot of the EU has placed on PPE.

At the moment we are getting the equipment that we need and by de facto we still part of the European Union. If the virus goes on for a bit longer and gets a lot worse, the UK, like every other country, will be looking to source more equipment and health staff to control the epidemic.

The lockdown has changed the way we do things; for example, I’m sitting at home when I would generally be in the office.

Still, I think one of the great things about the current situation is that technology allows us to do many of the things that we would have carried out face-to-face at a distance. One of my primary concerns is about the welfare of the people working in my team and when we will see the end of the COVID-19 virus.