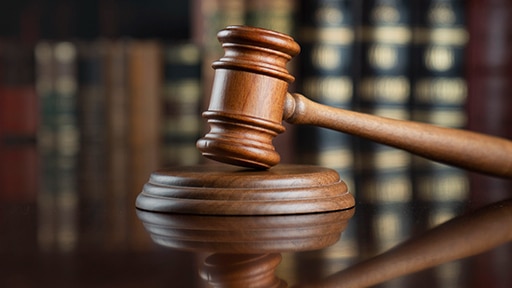 Local News
June 23, 2020June 24, 2020 Mary 0 Comments
LinkedInFacebookTweetPin
LiveChat will greatly increase the number of your satisfied customers. I've already tried it and I can recommend it as a go-to customer service tool! Sign up today for a free trial!

Anyone who wants Nigeria to be regarded as a civilised and prosperous society would be concerned about the arbitrariness by which certain individuals or group of people have constituted themselves into the country’s laws. These individuals see themselves as the law; hence, they are above the law. That Nigeria remains poor and underdeveloped is largely due to the inability of a vast majority of its citizens to obey laws.

Please, permit me to make an aside. An associate told me a story many years ago of something that happened at a seminary. A group of seminary students was given a task to reorder the Ten Commandments in order of priority. In fact, they were instructed to tackle the assignment with the most significant commandment and end with the one they consider to be the least important.

The highest duty of citizens is to obey all laws of the land. You may say this is practically impossible. Odd at it may sound to say so, one of the most distinguishing things about humanity, one that is most beneficial to civilisation … is law

The Creator who is infinitely wise knows the heart of man. There is no question about which law is important to Him. All laws are important to the Creator. Yet no man is infallible. Years ago, a respected theologian of Princeton University, Charles Hodge was quoted as saying, that the duty to which we are directed by the Ten Commandments is the highest duty of man

To the main point. The highest duty of citizens is to obey all laws of the land. You may say this is practically impossible. Odd at it may sound to say so, one of the most distinguishing things about humanity, one that is most beneficial to civilisation, and indeed, one that is possibly important for the safety, liberty and flourishing of human individual, is law.

Law in this article is the “law of the land” as framed by legislatures and applied by judges, law as what organises and regulates interpersonal and relationships. Without obeying laws, what we have, drawing inspiration from a learned scholar, is “merely a state of nature, where might is right and we get what we can and suffer if we cannot.” We need laws to guide the conduct of people within a given society because natural power is not equally distributed among people. And the protection of the weak against the plunders of the high and mighty is a necessity if the weak is to survive.

If the 1999 Constitution (As Amended), of the Federal Republic of Nigeria says, that there should be financial autonomy to the legislature and judiciary at the state level, why the controversy when President Buhari signs Executive Order 10? (Please, see “Executive Order 10: Why are governors Jittery?” BusinessDay June 7, 2020). The Constitution which political office holders took an oath to defend guarantees the autonomy of the state legislature and judiciary and it is the responsibility of Mr President to make sure this is recognised, the Attorney General of the Federation (AGF) was quoted as saying.

But “Some of the governors have fiercely criticized and opposed the Order. The Nigerian Governors’ Forum (NGF) recently, asked President Buhari to allow its members work out their own modalities on financial autonomy for the judiciary and legislature at state level.”

Some critics say it is a violation of Nigeria’s constitution. “Where can they point to a section of the Constitution that allows the President to relate with the local government? Others say “It is a good step forward to promote separation of power.” While a former governor of the old Kaduna State, Balarabe Musa is of the view that “Buhari should go beyond just signing the Order.” According to the former governor, “as the President of the country, Buhari should make sure that the legislature and the judiciary do not steal the money given to them.” I salute the “wise man” from Kaduna. He knows we are in an age and country where anything can happen to money.

This writer concurs with the view expressed by one Peter Ameh, a former Chairman Inter-party Advisory Committee IPAC, that: “We support the President in his attempt. The governors will continue to make our people suffer if we do not remove them from the caprices and the overpowering ruins of the governors because they are the ones who have made Nigeria not to move forward. We are running a feeding bottle federalism where we come to FAC every month and collect money and the governors cannot be accountable. They use that to control the judiciary and legislature. That is why you cannot see a governor who can be impeached, but a speaker can be impeached in three days.”

Welcome to Nigeria. Nigeria is a nation where most institutions of the state lack the regulatory capacity to enforce rules and regulations or bring defaulters to book without fear or favour. Nigeria, with a population of over 200 million people is a country where those who make the rules are above the law.

In a perfect world, one would expect all citizens to follow and abide by the laws of the country. While many people are law abiding citizens, there are some who break the law on a regular basis and sometimes, do so with evil intent. Powerful men and women in authority rule by law. They have even acquired the power to create and execute laws as convenient for them, despite its negative consequences on the larger society.

This leads me to the case of the controversial musician- Naira Marley. His real name according to newspaper reports is Azeez Fashola. How Azeez Fashola became Babatunde Fashola suddenly in a period when there is ban on interstate travel and flight restrictions in Nigeria is yet to be known. The young musician boarded a private jet using the name Babatunde Fashola, former Lagos State Governor, with his cohorts from Lagos to Abuja to organise a concert during this era of COVID-19. Truth is Naira Marley did not operate alone. He understands the weakness of his country – gross disregard to rules and a pathological level of impunity even at the highest level of government.

So, who approved Naira Marley’s concert? In other climes, public officers are held to higher standards by society. So, amid acute lawlessness in our country, is Naira Marley now a metaphor? (To continue)

LinkedInFacebookTweetPin ipNX Nigeria Limited is one of Nigeria’s fastest growing Information and Communications Technology companies. In our business, we connect