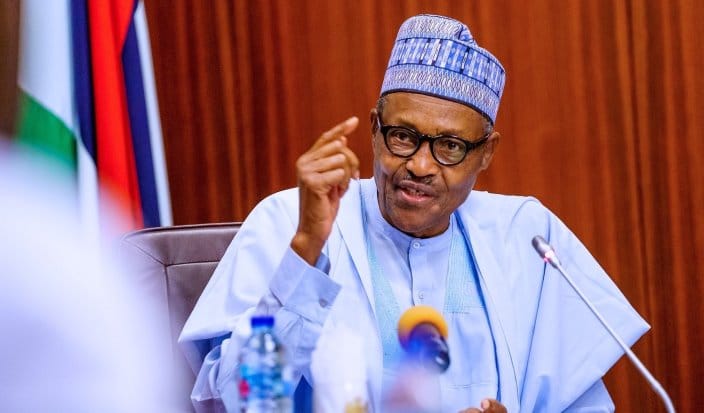 After nearly 48 hours of failing to address Nigerians on the killings of peaceful unarmed protesters by men of the security forces, President Muhammadu Buhari made a speech analysts say is notable for what it did not say than what it did.

Peaceful protesters who were demanding an end to police brutality were shot at by men of the Nigerian military at the Lekki Toll Gate Tuesday, an action that drew widespread condemnation of the Nigerian government.

The President’s speech, expected to address the many questions that have trailed the killings as well as sympathise with Nigerians, was labelled underwhelming by the analysts.

“What Nigeria’s president seems to have taken from the escalating #EndSARS movement is that it’s a mistake for the government to give any ground whatsoever,” said John Asbourne, an emerging markets analyst.

That is “very worrying, as it suggests he sees a violent crackdown as the way forward. Note also, no real remorse for recent violence,” Asbourne said.

President Buhari in his recorded broadcast said the protesters misconstrued his promptness to meeting their demands to disband the rogue police unit, SARS, for weakness.

According to the President who spoke during a recorded broadcast, the request of the protesters, including the disbandment of the Special Anti-Robbery Squad (SARS) and the reform of police, were already being worked on by his administration hence, there was no need for the protesters to continue.

“As a democratic government, we listened to, and carefully evaluated the five-point demands of the protesters. And, having accepted them, we immediately scrapped SARS, and put measures in place to address the other demands of our youth.

“On approving the termination of SARS, I already made it clear that it was in line with our commitment to the implementation of extensive Police reforms”

“Sadly, the promptness with which we have acted seemed to have been misconstrued as a sign of weakness and twisted by some for their selfish unpatriotic interests,” Buhari said.

Various international bodies across the world, including the United States, the United Kingdom and the United Nations, have all condemned the October 20 killings by men of the Nigerian armed force, urging the president to take control of the matter and bring those behind the killings to book.

While responding to the calls by foreign bodies to act on the killing, President Buhari said they should get all relevant facts before giving their judgments on the matter.

“To our neighbours in particular, and members of the international community, many of whom have expressed concern about the ongoing development in Nigeria, we thank you and urge you all to seek to know all the facts available before taking a position or rushing to judgment and making hasty pronouncements,” Buhari said.

Technocrats as well as analysts who spoke with BusinessesDay have described the speech as shabby and a deliberate act of looking down on the killings.

“In saying nothing of note, and refusing to show any empathy for the plight of the people he purports to govern, he has alienated a generation that is really motivated by high youth unemployment and a sharply rising cost of living. I suspect that the protests will continue in another form when the curfews are lifted. We may be entering into a winter of discontent,” Nnwaze told BusinessDay.

Remi Adekoya, political science lecturer at University of York, said, “Key line for me was Buhari saying his government’s “prompt response to #EndSARS demand was misconstrued as a sign of weakness. That says it all.”

Olalekan Aworinde, a senior lecturer, department of economics, Pan-Atlantic University, Lagos, said the President speech was rather too late and it appeared to be casting aspersions on the masses.

“No one is expecting the President to tell us the policies initiated to alleviate poverty.

There are myriads of these policies over the years with poor implementation.

What the masses expect from the President is more calmness and saying sorry for coming so late to give a state broadcast.

“It is rather too late. If truly the Presidency respects and cares for the masses they ought to have come out on time and appease Nigerians.

“I was also expecting the President to discuss the Lekki Toll Gate genocide and how he will visit families of those that lost their lives in the EndSARS protest,” Aworinde said.

He said emphasis should not be on economic issues such as policies to be implemented but on humanitarian ground.

“The President understands the importance of international relations, and this he well addressed by asking neighbouring countries and partners to inquire from the government. But the Ministry of Internal Affairs and Foreign Affairs should do more on reputation cleansing so as to gain the lost grounds,” he suggested.

Also, Johnson Chukwuma, a structural engineer, said Buhari simply treated Nigerians to another case of Charles Dickens’ ‘Great Expectation,’ saying, “Too much time and energy invested in too little.”

Kabiru Adamu, a security and intelligence risk manager, said he expected a statement of empathy, hope and assurance. He noted that Nigeria has a President whose style of handling issues is different.

“I’m hoping that the directive the President gave the security chiefs at their meeting earlier today, going by his address is to secure people’s lives and properties of Nigerian,” he said.

Furthermore, many say Buhari’s speech was not only belated but grossly lacked empathy expected from a president, especially after several lives were lost and public and private property destroyed.

Celestine Okeke, an associate consultant of the British Department for International Development, told BusinessDay, “Too bad. I wasn’t surprised by his speech at all. Why does it have to take a speech for the president to perform like a president?

“Tell me a country we have to wait for a speech to address the kind of menace we had in Nigeria’s commercial capital Lagos, and several other parts of the country, considering the fragility of our economy. See what Lagos State has become in this past few days.

“A foreigner said to me sometimes ago, it takes only but one riot to destroy your investment in Nigeria. What kind of signals are we sending to foreign investors with our carelessness as a country?

Describing the speech as empty, he said, “It is more like you people want me to talk, I have spoken now, what else do you want? We don’t have a president, what we have is someone occupying Aso Rock.”

Gimba said for President Buhari not to condole with the families of those who lost their lives at Lekki, Lagos State, during shooting at the unarmed Nigerian youths showed that he was heartless.

“The speech is full of the old things the president has told Nigerians over the years. The President since last year announced that he has increased the salary of men of the Nigerian police, but until now nothing has been done.

“The President should have first of all condole with the families of the Nigerian youths who lost their lives in Lekki Toll Gate before any other thing; for him not to do that shows that he is heartless,” Gimba said.

Solomon Gbenga, deputy national youth leader, Young Progressive Party (YPP), is of the view that the President has not met the demands of the Nigerian populace.

“I don’t know if the President has not been in the country all along in the protests, because if he has he would have known that there have been changes in the country. Just yesterday, there were killings in Zamfara State. The President did not address that such. He didn’t said they are on top of the situation. He didn’t give us any promise to hold unto. The families of those that have been killed in the protests, he didn’t speak on how he was going to compensate them.

“The President didn’t tell us the exact date the enumeration of Police and security people will be increased. These are the issues we have been talking to the President about and he should learn to begin to listen to us. The President is showing us he doesn’t care about us.

“Why is he coming out now that lives and properties have been destroyed? I am still dissatisfied with the President’s speech. He haven’t met our expectations. He said they will not tolerate protest, is he trying to tell us that we don’t have our fundamental human rights? Is he trying to say he will invite the military to come out and kill us?

For Justin Nwankwo, a senior lecturer at the department of general studies, Federal Polytechnic Okoh, the president speech has not in way addressed the core essence of these protests and uprising.

“I expected the president to decisively take actions like sacking of key security heads and even the IGP.

“The president merely read a rhetorical essay and apparently appeared unperturbed to the degree of rascality exhibited by the army at Lekki Toll Gate, There is absolutely nothing to excite or expect from the president going forward,” he said. 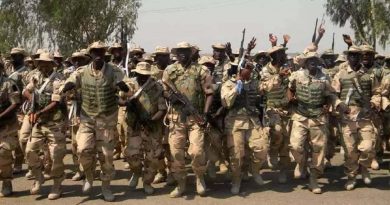 It is not our brief to expose Boko Haram sponsors — Army 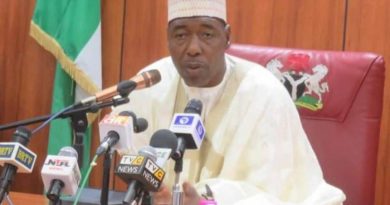