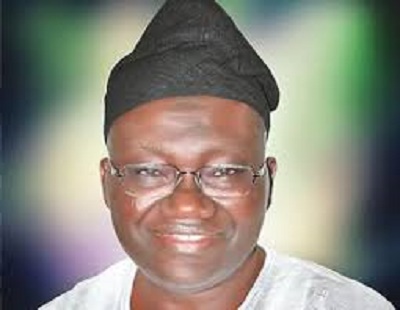 The United States of America (USA) is a leading failed state when it comes to race and racial issues. Even after electing 44th President who is an African American! By the way Barack Obama is the first President to present his long-form birth certificate, almost at gun point , sorry, with many establishment media men “knees on his neck” until he obliged them. On May 25 (paradoxically Africa Day!) in Minneapolisis an African American George Floyd, father of a 6- year old daughter was brutally murdered by some white murderers  in American police uniforms  named  Derek Chauvin, J Alexander Kueng, Thomas Lane and Tou Thao. Some mothers do give birth to these diseased killers!

This singular killing of another black man, emotionally repulsive to any living human  provokes legitimate  daily rage world wide.  But the point cannot be overstated: America remains a rogue state with respect to race precisely because it is permanently hunted by his lowly and miserable history of slavery.  Some 400 years ago, precisely in 1619, a  Dutch slave trader brought some scores of enslaved Africans, to Virginia, then a British colony which formed part of the United States 150 years later. By 1860, there were as many as 4 million enslaved black people – 13% of the population in toiled for    US prosperity under chains. Indeed no less than  10 million African slaves were shipped to  the American colonies. Some millions perished in the most gruesome  trans Atlantic forced trade in African slaves. Even when the trade in humans  was banned by Congress in 1808, slavery still endured in USA .

At the 2014 National Conference, my dear friend, Mike  Ozekhome a Senior Advocate of Nigeria on the floor of the confab promoted the discredited received story of slave traders by saying that the 16th U.S. president Abraham Lincoln abolished Slavery. Such historical  fallacy  from the lenses of oppressors did crude violence to the memories of courageous millions of slaves who fought for emancipation from slavery. Of course, Abraham Lincoln signed abolition act but he also unapologetically resisted the extension of  Declaration of Independence, that says “that all men are created equal, that they are endowed by their creator with certain unalienable rights”, to African slaves, Africans or African Americans. Abraham Lincoln was not an abolitionist compared to John Brown a white abolitionist who audaciously led an armed resistance  against slavery and hanged in 1859! Thomas Jefferson the founding father of  America (April 13, 1743– July 4, 1826) and third President kept  more than 600 African-American slaves !

Indeed the final version of the Declaration did not contain the denunciation of slavery. The most famous slaves revolt was the  Stono Rebellion of 1739, in the 13 colonies under the leadership of a man named Jemmy who “provided whites with a painful lesson on the African desire for liberty”. It’s time African countries make history  written by Africans compulsory in our schools. To say Abraham Lincoln abolished Slavery is to say F.W. de Klerk, the last South African “State black tormentor in Chief /  Chieftain  of apartheid South Africa, abolished apartheid in South Africa.  F.W de Klerk in  1993, undoubtedly publicly apologised for apartheid’s crimes, he was nonetheless an  apologist  of apartheid, indeed it’s beneficiary. He could not have won in a democratic non- racial election anyway. Indeed it’s the back South Africans with global solidarity who with enormous sacrifices defeated apartheid. What with Sharpeville massacre of 21 June 1960 in which apartheid  police shot at a crowd of peaceful protestors and kill 69 people? What with 1976 Soweto massacres of  700 unarmed Students who protested compulsory introduction of Afrikaans as the medium of learning in schools in 1976?

What with Nelson Mandela who spent 27 years in prison for fighting against apartheid and for liberty for African people?  All Presidents of United States of America from Harry S Truman in 1948 when (Apartheid was formalized in South Africa) to Gorge Bush in 1993 ( when apartheid was defeated) were shameless defenders of racism and apartheid against global demand for sanctions and isolation. America’s CIA actually facilitated Nelson Mandela’s arrest on August 5 1962 after which he was sentenced to life imprisonment.

While the struggle for justice for  George Floyd continues, it’s time to dismantle structural racism in United States in particular and the world in general. There are no better quotable quotes on racism than that of Nelson Mandela who lived, confronted and defeated apartheid, which United Nations rightly declared as a crime against humanity. On 15 October 1962 Mandela in a statement he said “I detest racialism , because I regard it as a barbaric thing , whether it comes from a black man or a white man” . A relook at the viral tape of George Floyd begging for breath (“I can’t breathe!) “They’re Going to Kill Me!)  confirms how truly barbaric racism and xenophobia could be. “Racism”,  Mandela rightly observed “ pollutes the atmosphere of human relations and poisons the minds of the backward , the bigoted and the prejudiced.”

This remark was in Harlem USA on 21 June 1990. Mandela would not have imagined that in 2020,  America of Bill Clinton and Barack Obama would produce a Donald Trump 45th President whose globally acknowledged “character flaws’ are stoking race riots during COVID: 19 pandemic. Witness his bigoted glorification of violence ( ‘when looting starts, shooting starts! ). Mandela had demanded  that “Racism must be consciously combated and not discreetly tolerated” . Africa Union (AU) which spiritedly damned racist attacks on Africans in China recently must come to equity to rally against official and institutional racism especially in criminal justice system of USA. “The very fact that racism degrades both the perpetrator and the victim commands that , if we are true to our commitment to protect Human dignity , we fight on until victory is archived”. All of us know how stubbornly racism can cling to the mind and how deeply it can infect the human soul .” That was in his address  to UN General Assembly on 3 October 1999. Let all statesmen and women repeat Nelson Mandela’s pledge that “We shall never again allow our country to play host to racism . Nor shall our voices be stilted if we hear that another , elsewhere in the world , is victim to racial tyranny.”