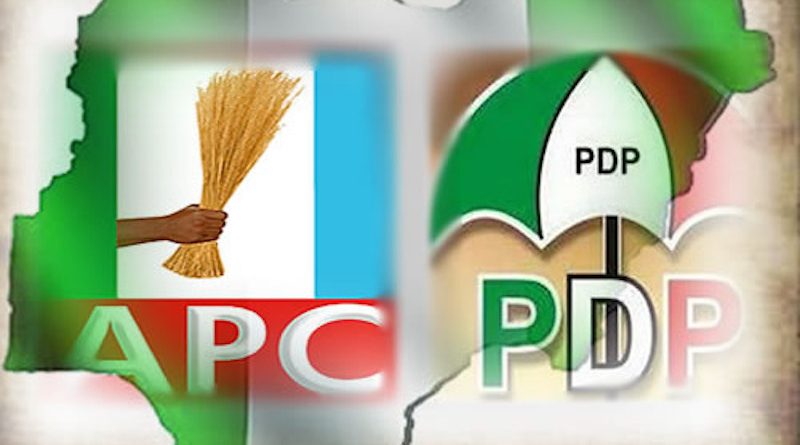 The battle for the soul of Edo State became intensified yesterday as the two leading parties in the September 19 governorship poll, All Progressives Congress (APC) and the Peoples Democratic Party (PDP), traded accusations over Saturday’s clash between their supporters near the palace of the Oba of Benin.

The PDP, the ruling party in the state, accused APC of plotting to eliminate its governors and leaders by attacking them when they were on their way to pay homage to the Benin monarch, Omo N’Oba N’Edo Uku Akpolokpolo, Ewuare II, as part of activities heralding the campaign of the party’s governorship candidate in the September election, Mr. Godwin Obaseki, the incumbent.

The APC, however, countered, accusing the PDP of inviting its “tax collectors” to feast on the state’s treasury.

Youths, suspected to be APC supporters, had blocked the convoy of Obaseki and his entourage, as they made their way to the palace.

The youths booed the PDP delegation and hauled a stream of invective at the governor.

National Vice-Chairman of PDP (South-south), Chief Dan Orbih, in a statement, however, wondered what the APC members were doing at the gate of the Oba of Benin’s palace on a day that the APC did not have any activity in the neighbourhood.

The party accused the APC of masterminding crisis with the prospect of setting up inter-state conflicts on the premise of threats against the visiting governors.

This is coming as Ewuare II yesterday said plans were underway to summon the Edo State Council of Traditional Rulers and Chiefs to pray for a peaceful election in the state.

Orbih, while calling for a high-powered investigation, flayed the desecration of the palace by those he called APC operatives.

He stated that the attack was pre-planned as there was no official APC activity to warrant the gathering of the APC loyalists at the palace gate.

Orbih said: “The invasion of the palace gate by armed APC youths was a well-coordinated assault by the leadership of Edo APC to eliminate the national leadership of the PDP and all democratically elected governors of PDP that were expected to be with the governor.

“This action to my mind was aimed at throwing the country into crisis. The security breach must be investigated and all those connected with it must be arrested and tried in accordance with the laws.

“The APC-organised attack at the palace is in our view a political mutiny against constituted authority capable of causing interstate conflict and war between Edo State and the affected states of the governors that were marked down for elimination.

“There have been several videos in the cyberspace where these thugs have been instructed, directed and motivated to intimidate and cause chaos and mayhem in the state.”

He explained that the PDP delegation, comprising governors and members of the PDP National Campaign Council were on an official visit to the palace and there was no justification for their being attacked.

He said: “I want to place it on record that the visit was officially communicated to the palace and the various security agencies as PDP leaders visit that included the party’s National Chairman, members of the National Working Committee, governors of Rivers, Sokoto, Delta, and of course the host Governor, Godwin Obaseki.

“I want to place it on record that there was no official APC event in the palace or anywhere in Benin that was so communicated in accordance with INEC guidelines.

“There was no official communication to the security agencies and the palace that APC was also going to have an event at the palace.”

He called on the security agencies to bring all those connected with the incident to book, adding that, “choosing the palace to unleash their evil plans is an abomination and a total disrespect to our royal majesty and highly respected traditional institution.”

Addressing journalists in Benin, yesterday, Orbih alleged that the intention of the attackers from information available to him was to eliminate all the PDP governors present and the entire NWC of the party, a situation he noted would have ignited interstate wars since other governors were involved.

Orbih who was flanked by the Director-General, Obaseki Campaign Organisation, Mr. Osarodion Ogie, and the party’s state Publicity Secretary, Mr. Chris Nehikhare, described the development as not only dangerous but a political mutiny to eliminate all those who came calling at the palace of the Oba.

Also addressing a press conference at its party campaign office, Benin City, the Vice-Chairman, Media and Publicity Committee, APC National Campaign Council, Hon. Patrick Obahiagbon, said instead of fixing the humongous problems bedeviling the state such as the payment of salaries and fixing the ecological issues, Obaseki chose to invite “tax-collectors” to the state to further feast on the state’s treasury.

He said: “Only yesterday, Saturday, July 25, the governor’s army of thugs and cultists descended on protesters at the entrance of the palace of our great King, the Oba of Benin, and other parts of Benin metropolis, sending many to the hospital with gunshot wounds because they dared to express their rejection.

“We are made to understand that the outgoing governor, who instead of fixing the humongous problems bedeviling the state such as the payment of owed salaries and fixing the states challenging ecological issues inter alia, rather chose to invite “tax-collectors” to the state to further feast on the state’s treasury.

“We are shocked that after that palace incident, APC’s supporters and all our party members wearing Pastor Osagie Ize-Iyamu’s caps and T-shirts were physically assaulted in the streets of Benin and we have those willing to testify to this brazen act of unprovoked street assault. This is unacceptable to us as a party. How long more can we persuade our teeming party loyalists to hold back?

“Worse still, information has also reached us from sources in Obaseki’s government who are but disillusioned with his nefarious acts, that the governor has plotted and perfected a criminally appalling initiative aimed at subverting the will of the people.”

Obahiagbon alleged that the state government is recruiting cultists and providing them official cover and funding under the guise of appointing aides.

He said: “Mr. Godwin Obaseki is planning to use COVID-19 as a ruse to neutralise grassroots leaders of our party, the APC on the eve of the gubernatorial election by abducting and detaining them in isolation centres, this way, disenfranchising them and forestalling the political force they would deliver in pursuant of APC’s victory.”

He also accused the governor of planning to prefer trumped-up charges against APC former National Chairman, Mr. Adams Oshiomhole, in order to stop him from mobilising support for Ize-Iyamu.

According to him, “Obaseki’s simple plan is to arraign Oshiomhole for a probe that has been revealed as nothing but a targeted political witch-hunt and then deny him bail on eve of the election to paralyse the APC.

“We have also been reliably apprised of the fact that a top security aide of the governor has been frenziedly coordinating different meetings with thugs, cultists, and other agents of state like the discredited politically Wabazigan, pseudo-state police, which he has weaponised as a tool of oppression, to devise various demonic plans to ransack the homes of our party members and leaders with the view of destroying their properties and planting incriminating items that would serve as a basis for unjust harassment and illegal detainment.

“These people emboldened and funded by our state resources are also plotting to set fire on the farm of Captain Hosa Okunbo because the governor believes he is entitled to his support and will see to the destruction of his businesses and reputation if he won’t offer this support.

“Names of prominent leaders of the APC have been compiled to be dealt with, intimidated, harassed, terrorised, physically assaulted, and lacerated by state-sponsored goons.

“These anomalies and acts of political desperadoes are direct affront on the country’s constitution and the rule of law.”