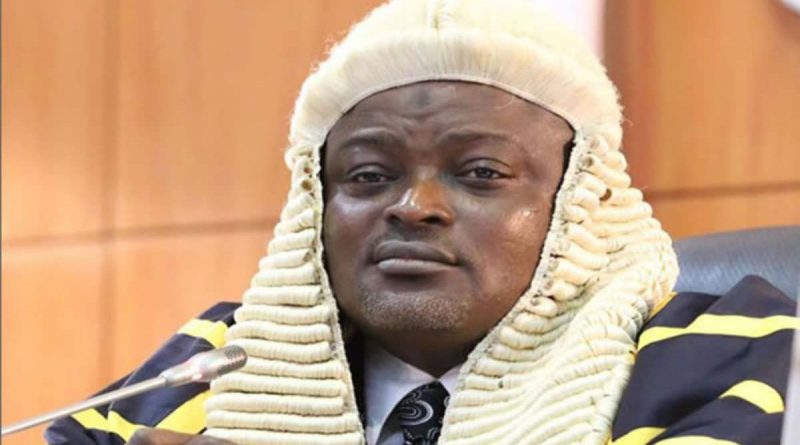 Local News
June 8, 2020June 8, 2020 Stan 0 Comments
LinkedInFacebookTweetPin
LiveChat will greatly increase the number of your satisfied customers. I've already tried it and I can recommend it as a go-to customer service tool! Sign up today for a free trial!

Mudashiru Obasa, speaker of the Lagos house of assembly, says the allegations of corruption levelled against him are untrue.

The speaker said this when he appeared before a nine-man fact-finding panel, chaired by Victor Akande, representative of Ojo constituency I. set up to probe the allegations.

Earlier, online news platform,  SaharaReporters had published a thorough investigation on Obasa who allegedly own more than 60 bank accounts.

It was alleged that the speaker was using his office to misappropriate funds and allocate contracts to himself through third party sources, as well as other acquaintances.

Obasa claimed that all spendings were approved by the house  as well as the fund management committee (FMU).

Responding to spending N258 million to print invitation cards for the inauguration of the ninth assembly, he said the event cost N61 million, and that N1.1 million was spent on printing the invitation cards.

“It is not possible to spend N258 million to print invitation cards. We are not involved in such a frivolous expenditure,” he said.

On how N80 million was spent as estacode for training in Dubai, Obasa said wives of the 20 lawmakers attended the event and he was there to declare the event open.

“We gave N4 million to each of the participants for air tickets, hotels, feeding and local travel. Air ticket to Dubai alone is about N2 million. Some of these allegations were raised for a crusade to get the speaker out of office,” he said.

“The house of assembly is above common standard of excellence and we have to train people, and this comes with a cost. Learning is not cheap and I have never collected N80 million for estacode at a go before.”

On the purchase of exotic cars, he said: “We bought land cruisers for principal officers of the house. The cars we bought for them are always higher than those of other members and we followed due process in the purchase. We went through the public procurement agency (PPA) and others and the vehicles were distributed appropriately.

“It was agreed at the parliamentary meetings on about four occasions and the clerk of the house, Mr Azeez Sanni, is the secretary.

“Also, it is not true that my wife collects N10 million monthly from the house. Anyone who says she does should come with proofs and evidences.

“My approval limit as the speaker is N100 million, and anything above that would have to be approved by the fund management committee.”