Although, we have witness a great deal of political spin, denials, and rhetoric, full of, alternative reality, regarding this horrific pandemic, the reality is, the world has suffered severely, and the United States, has had significantly worse numbers, than most (if not, all) other nations! President Donald Trump may say, he would give himself, an, A+. or a, 10 out of 10, rating/ grade, the actual data indicates, otherwise. From the onset, this President, at least, publicly, has trued to proclaim, the risk was minimal, his political opponents were the main problem, and no one, could have done a better job! He states, his handling of the virus, has saved millions of lives, but, most scientists, believe, this is a false narrative! More – impartial observers, point – to the actual data, which indicates, although the population of the United States, represents under 5% of the world’s numbers, both, the number of case/ infections, and fatalities, are over 20% of all the cases, and deaths, in the world. Trump has used his standard operating position, which is, to deny, then blame and complain, and then, change the narrative. consistently, attempting to absolve himself, of any responsibility. With that in mind, this article will attempt to consider, review, and discuss, 6 relevant examples.

1. Initial response: We now know, the government, and this President, were aware of the virus, no later than early January, but did not act promptly. Rather, the evidence, seems to indicate, we refused vaccines, offered, by the World Health Organization, and, even, shipped, a significant number of protective masks, etc, to other nations, which, ended – up, eventually, making us less prepared! When he referred to it, as a politically – motivated, hoax, and would go away, by itself, that endangered many! While, Trump claims, we were one of the earliest to cut – off, entry from China, the reality is, we were 40th, or worse! When the tapes of his interviews with Bob Woodward, became available, somewhat – recently, it should have made it obvious, he not only knew about the danger, but was purposely, withholding that information, from the American people.

2. Wearing a mask/ Social distancing: Trump’s core supporters, often, look to him, as an example, and follow – his – lead! When, he minimized the need, and effectiveness, of wearing a mask, and social distancing, his followers, felt there was no need, to comply with the advice of the public health experts.

3. Supporting unproven cures; claiming the virus risk would soon be gone, etc: How often, have we witnessed, this President state, cures and approaches, which conflict with the advice of the experts? Instead of helping, by making people, consider, to a greater extent, the need for a greater degree of social responsibility, we have witnessed, behavior, which has seemed, more politically – motivated, than based on common sense, etc!

4. Kids won’t get it!: Declaring, the virus isn’t serious, or an issue, for younger people, creates a sense of false security! While, the virus, effects higher – risk individuals, to a greater degree, we have seen thousands of children, impacted, and over a 100 deaths, of young children. We have also witnessed, college – age people, behave, in a clearly, irresponsible way, catching the virus, spreading it to others (some, at greater – risk), and some fatalities. Every leader must follow the science, and data, but, Trump, often, declares, he knows more, and is a stable genius!

5. We’re beating it/ The end is near: There seems to be a huge – gap, between, reality, based on the data and facts, and the President’s rhetoric, promises, and statements! How often have we heard, it would be over soon, and we’re beating it, while, more than two – thirds of our states, are presently witnessing, a significant increase, in cases, etc. With over 7 million cases, to – date, and about 220, 000 deaths, we can’t afford, this continued behavior, etc!

6. Herd Immunity: We’ve heard some, including the President, state, we will soon have herd immunity, meaning, so many people, will have developed the antibodies, due to catching the virus! Public health experts inform us, herd immunity, requires, nearly 70% of the population, or more, getting the virus, which would mean, about 250 million Americans. Since the fatality rate, has been, slightly under 3%, this means, being willing to sacrifice, over 7 million lives.

Instead of empty rhetoric, we need smarter policies, based on public health, science, and relevant data! Wake up, America, and demand this, before we witness, even more horrific cases, and deaths! 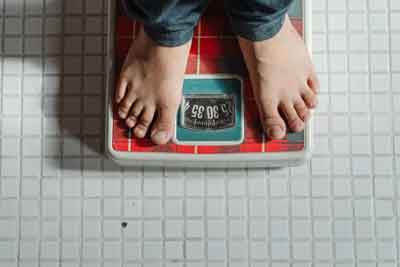 #OurCrampStory – Nothing Is Normal for Period Cramps & Menstrual Cycle