A mother’s duties to her children start from conception. There are certain foods recommended for pregnant women at each stage of the development of the foetus for the proper formation and health of the baby. These foods include sweet potatoes, lean meat, berries, avocados, dairy products, fish liver oil, dried fruits, amongst others.  An expectant mother has a responsibility to eat the right food for the proper and healthy development of her unborn child.

Duties of mothers to unborn babies also include quitting or, at least, suspending smoking. Research findings have shown that smoking retards the growth of the developing foetus, retards the development of the foetus’ brain, impairs the breathing of the baby after birth, could lead to premature birth and other complications, asthma and sudden death syndrome (SID) among others. Smoking is a health hazard, but for pregnant women it is a no-no.

Another bad habit to avoid during pregnancy is the consumption of alcohol. Researchers have found that heavy consumption of alcohol by pregnant women can cause birth defects. To date, researchers are not even sure how much alcohol is safe for pregnant women. Sometimes, what is safe for Jane, because her body enzymes can easily break down the alcohol, might not be safe for Janet?

Scientists say fetuses develop auditory system by the 25th week or thereabout. Thereafter, they are said to hear sound of voice and music and respond. Parents are encouraged to talk to their babies in the womb. For me, whether or not, they hear or understand is inconsequential. Their God and guardian angels hear and understand the parents and know what the parents wish their children.

I am an apostle of talking to children both in the womb and at early stages. In the early stages, what they do not understand, they treasure in their hearts until they understand. I have told the story before of how a relative told me that “you will lament it in future” when I was a little boy. I neither knew the meaning of lament nor future, but I kept both words in my heart until I became knowledgeable enough and understood them. Start speaking good and life into your children’s lives from their time in the womb.

The first 10 years of children’s lives are the most important years in their formation. That is when children are most pliable and amenable. That is also when the foundation of the child’s life is laid. Unlike the foundation of a building that you can breakdown and make again, here once the foundation is laid, it is laid. It takes the grace of God to build a new foundation after the child crosses 10 years.

What basically happens is that you build on the foundation that is already laid. Parents should ensure they are fully present in the lives of their children as well as acquire the right parenting skills, especially in the first 10 years. Some couples have made great sacrifices in this regard. Often, one of the parents quits his/her job to do something else that will enable him/her have enough time for the children in their early stages. Many a time, the mothers make this sacrifice.

Every mother should train her daughters to be good cooks and homemakers. It is sad to see girls go into marriage without an inkling of how to cook. You employ maids to do practically all the house chores. Unknown to you, you are preparing those maids for marriage and motherhood at the expense of your children. Cooking is a wife’s primary responsibility and if you bring up daughters, who are unable to cook, you have partly failed as a mother.

Not only your daughters, also train your sons to be good cooks and good homemakers. These two skills are very important for modern day young men. The current world is not in favour of young husbands, who are useless around the home once their wives are not around. You should know your way around the house and fix yourself a meal if your wife is not around or indisposed.

I will not encourage my sons to marry from such homes. No matter how bad your husband (I am not talking about abusive husbands) is, for the sake of your daughters, treat him with respect. If you cannot respect him, leave the marriage and revert to your maiden name. My resolute belief in the indissolubility of marriage notwithstanding, you cannot be answering “Mrs” to get respectability. Meanwhile, you are disrespecting the person who conferred it on you.

The one that annoys me most are sons, who acquiesce and support their mothers in treating their fathers like trash. Do not worry, you will reap what you are sowing now. Shebi, you go marry, born children too? Spouses do have their differences, but please leave the children out of your disagreements and fights.

I said previously that the home is a domestic church and the wife is the assistant parish priest or assistant pastor. A good mother should be prayerful and help build a praying family. She should use her prayers to cover herself, her husband and her children. In many homes, the fathers do not even realise that they are parish priests or pastors of their domestic church. Any mother in such a situation should become the de facto parish priest or pastor. Do not leave any vacuum. Build godly children. Nigeria needs them.

A mother has many other duties: teacher, adviser, home doctor, driver, refuge and disputes resolver; being both father and mother sometimes, role model, mentor, watchwoman, disciplinarian and many more. Being a successful mother is tough business. But the joy of motherhood is indescribable. ‘Being Divorced Is Nothing To Shame Anyone For’ 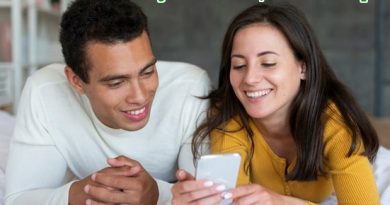