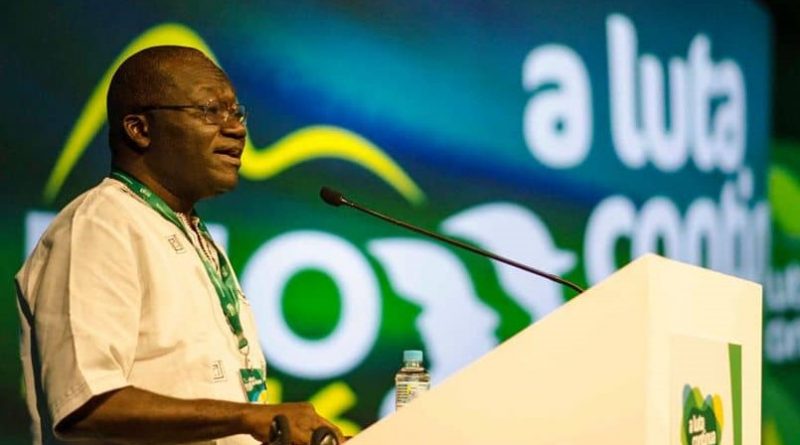 Doing my usual walk out from my GRA accommodation along Giwa-Amu Street off Airport road in Benin after Salat al-fajr: dawn before sunrise on Saturday September 19th, I had a good feeling that Edo people were set for democratic renewal through a peaceful, secured and fair election. I had good and memorable fun jogging almost two hours, through the airport road on this beautiful day with the best of fresh air.

Thanks to Benin rains at this time of the year. Ring Road , the ancient City’s busiest intersections, with major roads such as Akpakpava, Airport, Sapele, Forestry, Old Sakpoba, was literally deserted that morning. Everybody was in voting mode. Few motorists and pedestrians were in frenzy to go to their respective polling booths to vote. As an accredited INEC election observer, I bear witness that true to expectation, Edo voters exercised their right to vote with remarkable enthusiasm and resilience. Godliness is in some details.

Out of 4 million population, a record total 2,210,534 registered as voters, 1,159,325 male and 1,051,209 female. This is the first major election under COVID: 19 pandemic. By the way we must intensify the health education that COVID is still here as many voters used masks more in the breach. Early August, INEC held a successful by-election for Nasarawa state Central constituency under the pandemic. As many as 550, 000 plus voters were accredited in Edo election which tasked voters with the risk of a Virus infection and violence. The audacity of voters in Edo shows that Edo people have truly come of age in democratic expressions. The final figures also convey true contest between the leading candidates.

The incumbent Governor Godwin Obaseki of People’s Democratic Party deservedly won having polled a total of 307, 955 votes to defeat All Progressives Congress’s Osagie Ize-Iyamu-Iyamu who got 223, 619 votes, according to the Independent National Electoral Commission (INEC). Qualitatively I bear witness that women and youths were visible voters in a number of wards and polling booths I observed at the Edo South Senatorial district.

Remarkably too were a significant number of old folks, mostly pensioners and retirees who told me it was time to vote again for Governor Obaseki who had cleared their pension arrears and made life easier for them to witness the day. I also took notice of a good number of middle class professionals who hitherto would ordinarily seat back but last Saturday rolled their sleeves to endure the patience of relatively slow card readers to cast their votes at various crowded polling units.

Governor Obaseki on Saturday offered a remarkable leadership by example himself. He refused to be privileged in voting. Himself and his wife, Mrs Betsy Obaseki cast their vote at Unit 19, Ward 4, at Emokpae Model Primary school in Oredo Local Government Area of Edo State, after almost two hours on the queue to the acknowledgement of local and foreign election observers. A UK election observer was so impressed with Godwin Obaseki’s simplicity that he bet he would win the polls.

The national leader of the ruling All Progressives Congress (APC) Bola Tinubu, had released a controversial video attacking the governor of Edo State, Godwin Obaseki for not participating “in any aspect of the struggle to enshrine democracy in the country” ! The Edo voters had inadvertently replied the APC leader ( sorry “leader of democrats” ) that democracy is not just a historic event (defined as controversial June 12 struggle). On the contrary. Democracy is a process that is part of Nigeria’s democratic heritage of mass resistance against colonialism, military regimes and civilian dictatorship. It’s also about modesty and humility to be on the voting lines for hours to ensure that votes count. The old Mid-Western Region which gave birth to first Bendel (and now Edo State) was a division of Nigeria created in 1963 through plebiscite.

Certainly Edo was NOT like Lagos state created through military fiat by General Yakubu Gowon in 1967! I was disappointed that Asiwaju Bola Tinubu would for once lead from the rear to join an unhelpful vicious battle for Dennis Chukude Osadebay house by self styled political “lions and tigers”. As I once asked in my reflection count down to Edo election: do the political actors in Edo appreciate the progressive peaceful profile of Dennis Chukude Osadebay, 29 June 1911—26 December 1994) ? We need a sense of history to sustain democracy.

Osadebay was a philosopher poet politician whose qualifications went beyond impeccable academic achievements, to include democratic values of debates and peaceful contestation, not broad cast dictatorship exhibited by Asiwaju on the eve of this historic election. As a politician, Osadebe detested crude party politics through personalization and capture of public space. The weekend peaceful democratic consolidation in Edo is a worthy tribute to the memory of Denis Osadebe.

Since Professor Yakubu Mahmood Chairman of INEC in February announced the Edo governorship election for September 19, I had confessed and even agonized that Edo election “compromised” me as a commentator, precisely because yours comradely remains a participant- observer. The dramatized crisis that engulfed the ruling APC, with it’s attendant banana peel for my friend and comrade, Adams Oshimhole is now history. Edo’s recent serial star wars of mutual suspensions, expulsions, threats to lives and addictive violence, (scandalously all within same political party then !), beat political imagination.

Many thanks to INEC under Professor Yakubu Mahmood for ensuring free and fair elections at the week end in Edo. The Inspector General of Police, Mohammed Abubakar Adamu by deploying as many as 31000 working women and men in uniforms professionally and commendably protected voters to freely express their preferences. The cooperation between all security agencies should become the new normal. The re-elected Governor Obaseki should sustain his statesmanship. There was once a (Edo) state in which, cohesion, unity of purpose among political friends and collective commitment of the ruling class to the welfare and security of citizens generated positive news, worthy of emulation by other states. This singularly concluded September poll had taken Edo from the brink happily away from what I once described as politicide (defined as the end of politics of love, peace, measured temperament and issues). It’s time for democratic renaissance that will consolidate on the achievements of state building since the return to democratic dispensation in 1999 in Edo State.