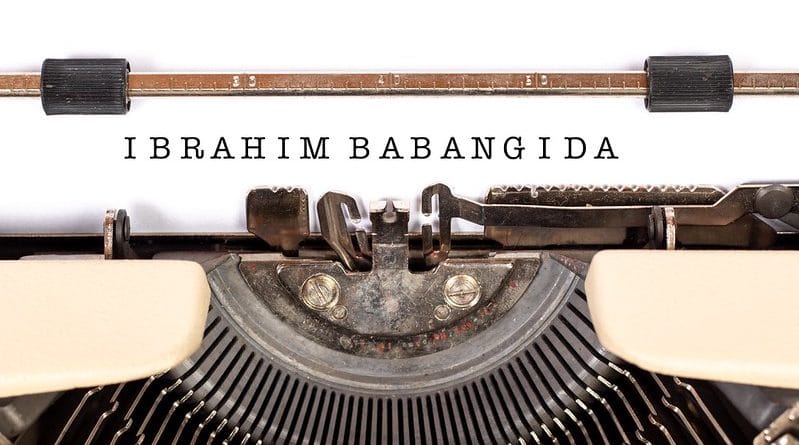 The former head of state that ruled Nigeria for eight years. General Ibrahim Babangida, in an interview with daily trust, gave his views on so many issues in the country.

The issued ranges on Boko-Haram in the northeast to banditry, Amotokun shege Ka-fasa and so on.
The former military president took us back memory lane as to why he has decided to spectate on the polity of Nigeria rather than getting more involved.

He also stated his views on how General Sani Abacha toppled the then interim government of chief Shonekan and others.

So, here are (8) eight striking things Babangida said in the interview

1. The Strategic Way To End Insurgency in Nigeria

To overcome this evil that is taking over the country, the security agencies in Nigeria need more intelligence and strategic in their approach and operations.

In his words, I think we should concentrate our resources on getting intelligence information On the insurgency (Boko Haram), we need to know how they operate and the people leading and training them, and so on,” a lot of data is needed to be able to confront and defeat them.

And we should also remember that they are not as strong and organized as the conventional national army. They are just ordinary people said IBB

2. I was motivated to join the military by Gowon

He said I remember there was a drive to recruit many of us from the north to join the Nigerian army many years ago. Tarawa Balewa carried out a massive and deliberate campaign to get us from secondary school to join and become military officers.

I remember vividly, general Yakubu Gowon was a captain, Visited our school, and we like and embraced the idea of joining the Nigerian force. He inspired us and encouraged us to the need to join the military.

Out of all my mates, 15 of us joined the army and admitted to the military college back in Kaduna. It was an excellent experience and a good opportunity for us.

It’s one part of him that the media doesn’t seem to know. He is addicted to reading the Quran because it gives him joy and Satisfaction

4. How IBB is Coping Without a Wife

Ibrahim Babangida has also revealed that he is enjoying the company and the attention of his children since the demise of his beautiful and loving wife, Hajiya Maryam Babangida, who passed away on 27th December 2009.

He also said that her absence is felt, but he is always consoled by his caring and understanding children. The general has also clarified that he is not taking another wife and that all rumours might as well be just mare media speculations.

5. On his proudest moments in life

The former president said that his glorious moments in life was when he had the opportunity to command the army. That, to me, is the most rewarding and highpoints part of my life and profession Because, at that time, we all wanted to be commanders.

Who wouldn’t? And thankfully, we achieve all those feet before I became the head of state. Being the chief-of-army staff was my glorious moment.

It was a thing joy for me and am also proud of the fact that we rebuild the Nigerian army by re-training, rebuilding, and re-organizing it to be an excellent fighting tool to defend our national integrity. I am happy and proud we did all that Babangida said.

6. Introduction of the free market Economy

Everyone has accepted it as the best way for our economic enhancement and growth. The best system is the “open market policy,” and that is precisely what we are practising in our country right now. From 2986 down to 2020, isn’t this awesome for our country? We did all of that, IBB revealed.

7. The military coup in Africa

Babangida stated that the reason for military coups in the country is because there seem to be some sorts of competition in different countries right from 1952 to the 90s. So that was the problem at that time, according to the general.

Unfortunately, in trying to build and stabilize the country, some interventions brought about the said military regimes. And we shouldn’t forget that other countries were not left out too.

It seems countries were competing who would be next to top the government. Remember, in 1953, there was coup d’e’tat in Egypt, and other African countries seem to take the lead.

If its Ghana today, tomorrow would be Nigeria and so on. So military regimes became predominant in some of those countries.

8. Challenge of Sambisa Forest and the birth of National Guards

In his words, the general said that the main reason why the said National guard failed was that Nigerians feared he was trying to bring it in order perpetual himself in office.

So the concept and idea of security guard died. According to him, he was sensitive to the plight of Nigerians at that time and wanted a way to secure them. But fortunately, the same concept is coming out today as Amotrkun and others.

We saw it that Nigerians needed internal security though not as strong as the army. Still, if the police is doing its best for the citizens, then there should be an alternative for internal security. The idea is to isolate the military force from domestic operations.

That was why we initiated the guard. But as usual, the Nigerian people said no to our good intention. They felt I was looking to set up another force for my selfish interest. They did not understand the wisdom behind what we were doing at that time.

If the guard were trained and maintained, they would have taken over the forest and never gave room for the insurgency. Babangida said