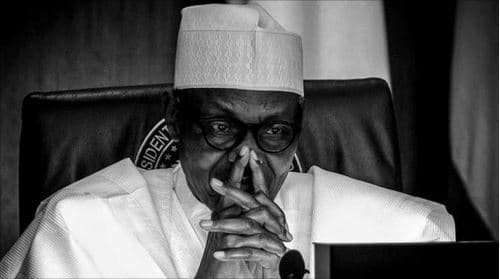 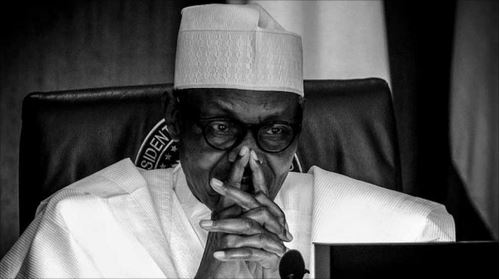 With the current state of the nation, can anyone beat one’s chest and say that Nigeria is destined to get to where it is supposed to be as a nation under this present leadership? When one travels by air, which happens to be the safest means of transport, one is confident and optimistic that the pilot will fly one to one’s destination safely. I liken the state of Nigeria to the air travel with the President, Major General Muhammadu Buhari (retd.), as our amiable pilot at this time.

In most occasions, one doesn’t get to see the pilot of an airplane because they are locked up inside the cockpit of the aircraft getting things ready for a planned flight. The same way our President is locked up inside the Presidential Aso Rock Villa having got things ready for a trip Nigeria, as a nation, had embarked on that has lasted about five years without any clear direction midair or of a safe landing.

The President rode on three major mantras into assumption of office in 2015. They included security, economy and fighting corruption. I also liken this to how the captain of an airline would announce the weather condition, the altitude at which they would fly and also expected time of arrival at the destination.

I want to submit that the President has performed below par on all the three promised indices. I sincerely expected that as a retired army general, the President would get security right and we would live safely in our dear country. But the reverse has been the case. The insecurity in the land is alarming. The gruesome killing in southern Kaduna that has gone unabated, the constant herdsmen-farmers clashes that have ravaged the nation especially in the Middle Belt region, and the unending Boko Haram scourge that I feel is a war our military have lost the will to bring to an end. Former president Olusegun Obasanjo once said that in the military they have a saying that you don’t reinforce failure and having attended a military school myself and also being the son of a former military officer, I find this position to be true. The least the President could do is changing the service chiefs, as their body language speaks loudly of how tired and worn out they are and even want to step aside but since the President has not asked them to go, they rather hang in there with no innovation outside what they have given so far in the last five years. A new set of service chiefs will come with fresh ideas and if for nothing will at least want to impress by hitting the ground running, so we should expect to see new onslaught against the Boko Haram terrorists.

I recently conducted a poll on Twitter on how the population feels about the President’s performance so far in the area of security, economy, and fighting corruption.

The first few months after his swearing-in as President in 2015, the feeling of a new sheriff in town took over the country. We all thought it wasn’t going to be business as usual but we were wrong. Even with the Bank Verification Number coming into place, the corruption in the country is on a new high, you just need to look more to see it for yourself. It’s so bad that our President will hardly notice one even if he was shown the evidence. You are also likely to go free when caught in an act of corruption by just belonging to the ruling APC. It’s only in Nigeria under President Buhari that billions of naira will be earmarked for the school feeding programme during a pandemic with all students at home. I wasn’t shocked when the head of the Independent Corrupt Practices Commission announced a few days ago that billions of naira of the school feeding programme was traced to private accounts.

Corruption abounds everywhere in Nigeria, you find it in government circle, the private sector and even in our religious houses. It has so wound into the fabric of the nation where to become a very rich man or woman is very easy; you just get to know a few persons within the corridors of powers and that’s it, while in the private sector is all about money exchanging hands and you are sure to get whatever you want to get. You break few laws and that’s it because you are almost sure you would go unpunished even if caught. This is a very bad place to be as a nation. The case of the corruption in the Niger Delta Development Commission involving the Interim Management Committee has gone suddenly cold with no one brought to book. That’s the situation in Nigeria.

That Nigeria is the poverty capital of the world is no longer news having overtaken India in that position. The economy is at an all time low with Nigeria already in recession. The naira exchanging at over N400 to a dollar, with oil price low and no refinery in the country working at 40% of its installed capacity, the situation looks very bad. Nigeria has resorted to borrowing for almost everything you can imagine. We have borrowed our future away with no adequate plans to repay other than depending on oil proceeds which you cannot rely on due to price fluctuation and also having the world looking at other sources of energy which unfortunately is not oil.

The situation in the country has become so bad that Nigerians now look for greener pastures outside of the country not minding how they are treated. The recent cases with Ghana, South Africa and the UAE come to mind.

Leaders are supposed to lead their followers, channel a vision and a clear road map for attainment of that vision. Unfortunately, it has not been so with our President. We haven’t seen a clear road map, even after five years, of where he is taking us to being the captain of this flight called Nigeria at this time. We have been saddled with a leader that hardly engages with his people; we used to have presidential media chat where the citizens get to hear from the mouth of their President firsthand and not him always reading from a prepared speech by a speech writer. He hardly visits any state but does so only during political campaigns. What will be that one legacy Mr. President will leave Nigeria with when his tenure winds up in 2023?

After 60 years since independence, Nigeria has always taken two steps forward and four steps backward because of the kind of leaders we are saddled with which in most times are not the will people.

If you get into a plane called Nigeria next time with this same captain, would you be willing to embark on such a flight?

Sule, an energy expert, wrote in from Lagos