The Hebrew word Shoov is composed of the Hebrew letters Shin, Vav, and a Beit. The letter Shin is the all consuming fire of Yahweh. The letter Vav as you learned form my past articles is connection, a nail, and Beit is the house. It’s amazing that the actual Paleo Hebrew of Teshuvah which means to return is the all consuming fire that connects through a nail, the house. Now let’s put that in real life, when you offend someone, your house is broken, your house is disconnected. Now there are husbands and wives that live in the same house but are fully disconnected.

Like for example, me and my wife. There are times that it has been hard for me and my wife too, it’s not easy being a shepherd much less being a leader of a national ministry. It is difficult and I’m telling you the pressure and the things That I have to endure sometimes, I’m just laying it all there, it’s hard for me. There are time that I’ve been an emotional nightmare and I taught maybe I’m on PMS or something. I don’t know what my problem is. All I know is I have not being myself in times like that. I am being definitely more sensitive and emotional that I have ever been.

But you know that I learned something from writing this article. I learned that through Teshuvah, repentance means that when I truly repent, the consuming fire of Yahweh takes the nail and reconnects so the house can be one, a hut. That’s what it’s about.

The one new man is all about the Northern kingdom of Israel and the Southern kingdom of Israel becoming one and the hand of the Messiah. It is the Vav, the nail, the prophesied nail that connects and it will happen. Also the gospel tells us to return therefore so the times of refreshing may come with the presence of the Lord. return to the garden, return to life.

What Is the One Thing Harder to Do Than Making Money?

The Two-House Teaching in a Nutshell 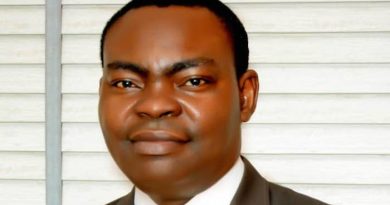