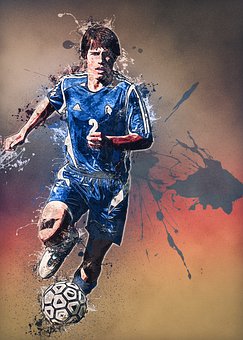 The unfortunate Covic-19 virus has slowed down a lot across Europe, people all over the world want to know how the almighty Liverpool will win the EPL at this moment. We are hopeful that if the EPL can start this June, then they will pick up for the season; I have this strong belief that what people look forward to is the Premier League and the Football League to end what they’ve started and then start all over again.

And it means the following season might not start until October, but we are still in crisis period and thinking over above our heads at this moment in time. Nobody knows what is eventually going to happen, how long the current situation is going to take, so at the moment, we’re still hoping for the best, but that might all change.

The impact of the situation on the clubs cannot be overemphasis, some of the clubs are in financial difficulty, and lots of players are taking a pay cut until the games and situation return to normal. Some club player is even postponing their wages which is a great idea.

I hope that the Premier League and the Football League clubs can get together to make sure that some of the clubs who are in dire financial straits can be supported, like if the Premier League clubs that are strong financially can give a million pounds and maybe the AFL clubs also gives half a million pounds to prop up the clubs that are in financial trouble.

The board of the EPL is getting together now to discuss exactly what is going on and how to move on from this situation, and I think the best way to plan for the future is for the Football League clubs to get together and see how they can sustain the league.

How they can support the player’s wages in this challenging situation, how they can replace the vacuum been created by the absence of the game. Probably we underestimate the power of sport to bring people together and keep them occupied, particularly on weekends.

People don’t have an idea of what to do with themselves, mainly with the lockdown caused by COVID-19; I know the men in my households are always watching football games all weekends, and now with EPL shut down, it is going to be long boring weekends.

You know sport in our lives is just amazing, and you don’t know how much you miss it until it’s gone, like what is happening right now. Something needs to replace the vacuum created by the absence of sport in people’s lives, and the games bring joy, which is the ups and downs emotion we experience when watching football, the excitement, and everything that comes with it.

We’re missing all at this moment in time. Still, we have to understand the circumstance, and I think everybody does understand the issue we have ground. One of the ways to stop the spread of the virus is for people to stop going out and mingling with each other.

And when I think about the FA Cup final, Wimbledon, the grand national without those people, the games are going to be pretty bereft and without passion. The EPL is such in a difficult situation that it’s hard to fathom at this moment in time, and one thing has been God sent.

Which is the social media, could you imagine if we didn’t have social media and all those types of things at this moment in time how are we going to relay these messages to people and tell them to stay at home. Can you imagine if it were 50 or 25 years ago, it would just be horrific?

It would undoubtedly be a case in a situation where people wouldn’t understand what was going on or wouldn’t read a letter from the government, and it would be an incredible disaster. So thankfully, the message is getting out through social media.

And hopefully, the EPL is going to start as soon as possible, the self-isolating method has been incredible in curtailing the spread of the virus, but nobody is sure if football could resume this Saturday.

I will be here to give you the commentary whenever Clop lifts the cup, Jordan Henderson, with his manager Jurgen Klopp, is about to pick up the Premier League trophy.