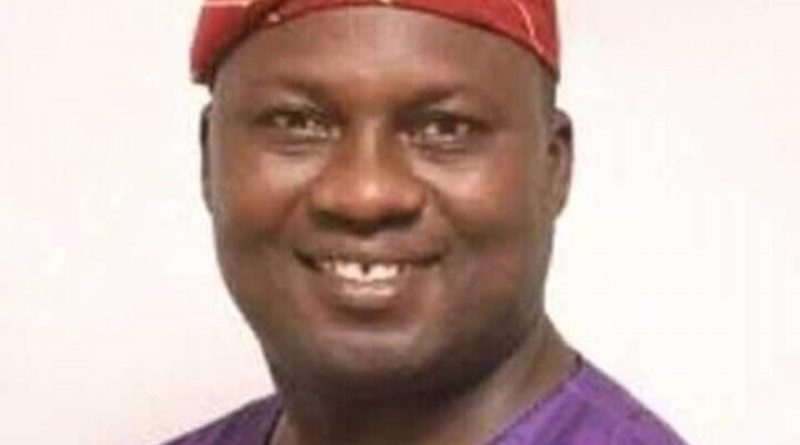 Dr Francis Faduyie is the immediate past national president of the Nigerian Medical Association, NMA, which is the umbrella professional body for medical doctors in Nigeria. In this interview with Vanguard, he assesses the Nigeria health sector has fared over 21 years of democracy. For him, there has been no significant improvement even as he laments that funding of the health sector has been abysmally low.

Health sector in the last 21 years of democracy

I cannot see any major improvement in the sector. In the last 21 years, funding for the health sector has been abysmally low despite the Abuja 2001 declaration, which states that nations should budget at least 15 per cent of their annual budget for health. Rather, Nigeria has been persistently budgeting less than five per cent or about five per cent of its annual budget and this does not make the health system very strong.

Again, how well we are prepared in terms of health is still neither here nor there because we have seen all the statistics that should naturally show improvement in health have not shown significant improvement towards progress.

The infant mortality rate, the maternal mortality rate, and the average life span, all these have been largely very poor. Access to health has not changed and this is large because we have not been able to spend properly for the citizens to be able to access health as expected. We needed the health insurance scheme which we believe is a panacea towards universal health coverage but I can tell you we are still far away from the expected in terms of universal health coverage for Nigeria.

Let us look at the three tiers of the health system. I must tell you that the primary healthcare centres have been largely abandoned and there have not been any major equipment in those centres in the last 21 years.

We have seen the gradual disintegration of the activities of general hospitals because of the way the state governments have handled this level of health management in their various states. We have not seen many states having as low as between 20 and 30 doctors in their employment. We have seen states that ought to have doctors at general hospitals barely having one doctor which is grossly not adequate.

The equipment in the hospitals are totally obsolete and many are defunct. I can tell you that General Hospitals are not improving. The tertiary institutions are improving in terms of numbers because many of the states now have a Federal Medical Centre, FMC. These have greatly improved the health standard in each of those states but however, maintenance has been very poor. Those old but once very efficient hospitals are in shadows of their former selves.

In terms of manpower, we have not significantly increased the training centres compare to the number of the population and this has a lot to do with the establishment of medical institutions because they are very expensive to establish.

We have not been able to retain the few that we have also churn out because many of the health institutions are not opening up their employment for the health workers to be employed. This is also complicated by the poor working environment and condition for those who are working within the different health institutions and this has led to brain- drain that has to keep increasing in the last 10 to 15 years. I can tell you that we are in a perennial shortage of manpower within our health system. I will say we have not been able to have a major improvement in terms of health generally.

Disease surveillance is part of the general problem in the health sector. We need to put more efforts and do more. We have several diseases coming to affect us from time to time.  Almost, every year we are having Lassa fever outbreak and as a country, we should be able to study this and break that chain of transmission. Our surveillance system needs to be improved so that it can be very effective.

Talking about COVID-19, now we have a particular case where a Nigerian government is contemplating home treatment of COVID-19 patients and there is no plan of how to supervise those on self-isolation. Then, this means we are not prepared towards that. If we are prepared, seeing the curve we know that sooner than later, the number of the infected will outrun the number of bed spaces.

While we were looking at the curve, we had expected that the government should look for alternative accommodation. Like the NYSC camps, smaller hotels where they can keep some of these people on self-isolation. We were just looking at it, suddenly we ran out of bed spaces and the next day we said self-isolation because the beds are full.

Again, we are talking about testing and logistics. We cannot see how we want to tackle community transmission by ensuring that we have massive testing, getting those who are positive out of the communities and get them self isolated or quarantined.

When we are talking about management or even research, the last time it was up to seven or eight weeks after the disease was with us in Nigeria before the Federal Government started saying TETFUND should also fund the test kits. All these have shown that we are following the reaction of the virus not that we are proactive or stepping ahead of the virus.

We need to find a way to massively tests many people. We need to deploy rapid diagnostic kits. We must be able to find a way to optimise any method that can have a large number of testing. If Ghana could have over 150,000 tests, if South Africa has tested over 600,000 persons, how can Nigeria be testing less than 50,000 persons? If you compare the population of Nigeria with these countries, we are more than two or three times the number of people in those countries. We need to look inward and test to be ahead of the virus.