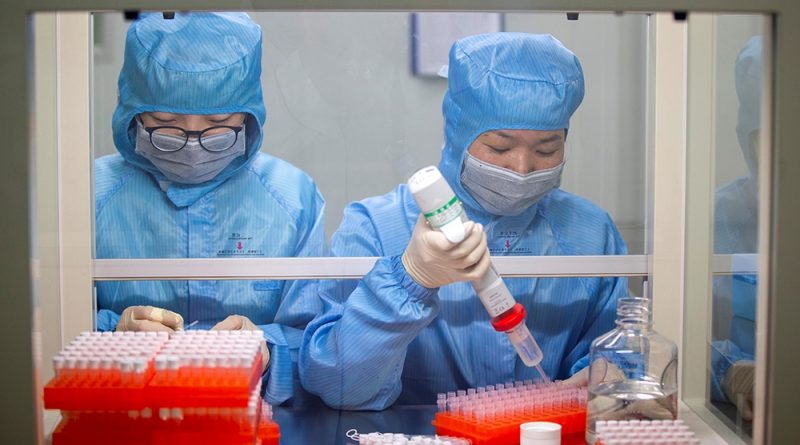 Chengdu, China – On January 20, Fubin’s father started coughing and running a fever. As residents of Wuhan, they knew about a deadly new coronavirus that had originated in the central Chinese city weeks ago, but decided to stay home and hope the symptoms would subside.

Four days later, when his father’s body temperature soared to 40 degrees, Fubin rushed him to hospital.

Together they headed to the Wuhan Union Hospital but, at reception, they were turned away. They were told they had to go to one of seven hospitals the government had designated for fever patients.

The two men went to Wuhan Red Cross Hospital, one of the designated facilities, and found the line of people waiting to get checked was so long they would have to wait outside – potentially for hours – in the cold and rain. They decided to try their luck elsewhere.

The second and third hospital were both packed. It took Fubin two days to get his father admitted to Wuhan No 5 Hospital, and he is one of the lucky ones.

As thousands, if not tens of thousands, of fever patients who fear they might have caught the novel coronavirus that has now killed more than 100 people rush to Wuhan’s hospitals, the outbreak is testing China’s healthcare system on a scale not seen since the country was hit by the Severe Acute Respiratory Syndrome, or SARS, 17 years ago.

“The response from the government has been utter chaos,” said a nurse who works in Wuhan and preferred not to disclose her name. “The current healthcare system was completely unready for a situation like this.”

The nurse works at one of the designated hospitals, treating victims of a virus that has already infected nearly 10,000 people.

“You would think the government and hospitals had learned something from the SARS outbreak and prepared ourselves for another emergency like this,” she said angrily over the phone. “But no – they learned nothing.” 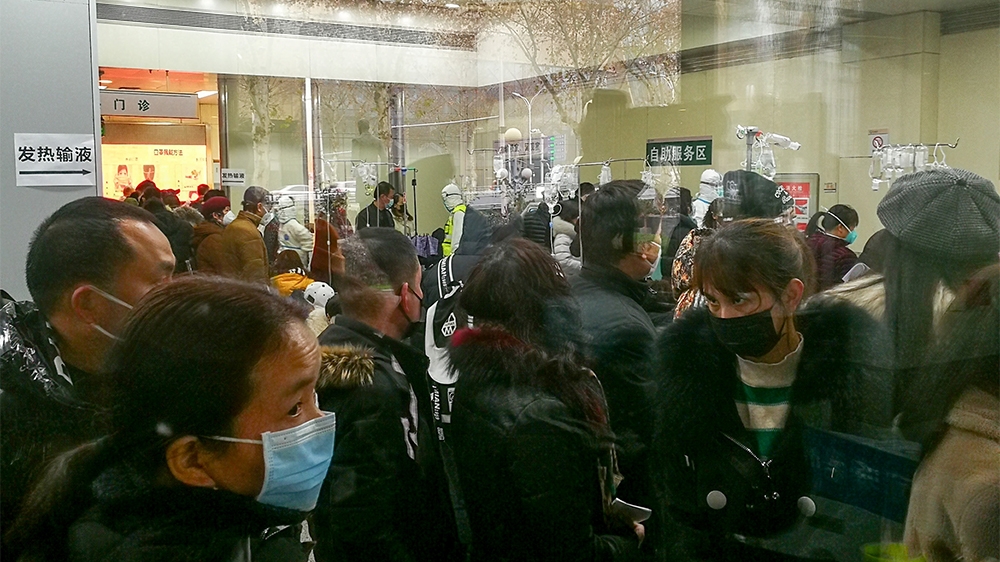 Most Chinese go straight to hospital when they are sick, leading to huge queues for treatment [cnsphoto via Reuters]

There have been urgent appeals for medical supplies not only in Wuhan and the province of Hubei, but beyond. The government has blamed the Lunar New Year holiday, when factories traditionally close, for the shortages of masks, goggles and other crucial supplies, saying it is hard to step up manufacturing during the festive season.

Shortly after the SARS epidemic, the Chinese government established and updated several times a medical materials reserve system that was supposed to ensure sufficient supplies in the event of any public health emergency.

However, reports filed with the Chinese Centre for Disease Control and Prevention suggest reserves at some hospitals have not been maintained.

In a 2019 article detailing Guiyang province’s emergency medical supplies reserve, the provincial CDC said that, of the 11 items needed in the event of a public health emergency, only five items were fully stocked at the local level.

“There are priorities in our expenditure budget and none of us could’ve expected an emergency like this,” an officer from Sichuan’s provincial CDC told Al Jazeera on condition of anonymity. “So I believe sometimes the supplies reserve might not be ideal.”

For ordinary patients like Fubin, it is not just the lack of medical supplies.

In China, a lack of properly trained general practitioners means the first line of defence often does not exist. There is a lack of trust in clinics and GPs, who are often difficult to find, and people prefer to go straight to hospital as soon as they need medical care.

In Wuhan, the capital of Hubei province, that meant a flood of patients in the initial days of the outbreak as people lined up in front of hospitals, hoping to get treatment. 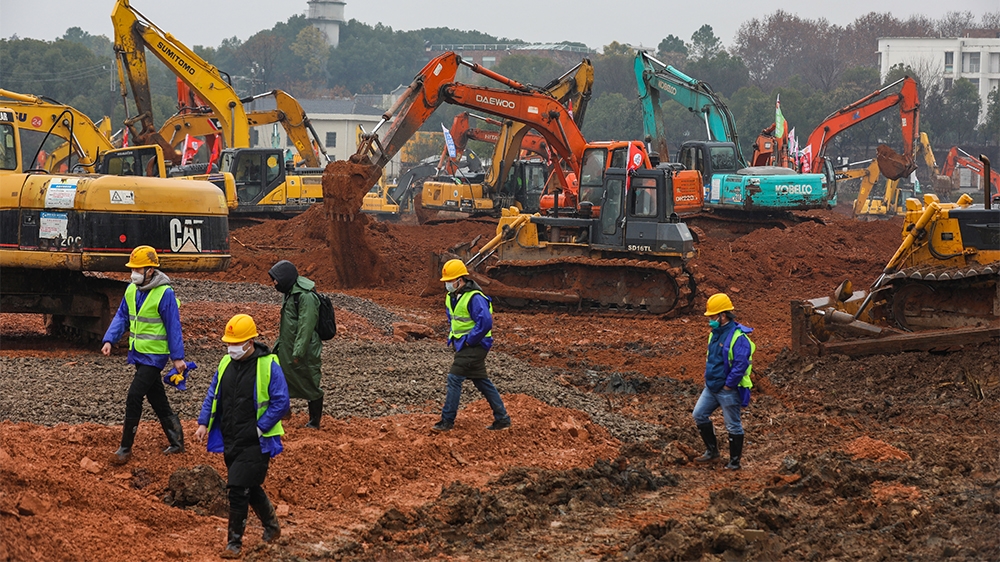 China is building new field hospitals to cope with the surge in patients as a result of the coronavirus. The first 1,000-bed hospital is expected to be completed by 3 February [Yuan Zheng/EPA]

The majority of people rushed to a limited number of well-known hospitals, also known as a Grade III Level A hospitals, the highest category determined by the Ministry of Health.

Grade III Level A hospitals have attracted the most qualified medical staff and modern equipment, and the well-known concentration of resources has put immense pressure on these hospitals.

“Of course, I’d only go to Grade III Level A hospital,” Fubin said. “I doubt other hospitals have doctors good enough to treat diseases properly.”

Many experts have said that a sudden rush to these medical facilities might have contributed to the widespread cross-infection.

“We understand that a lot of patients are choosing top hospitals over others,” the Municipal Party Secretary of Wuhan said during a news conference. “But we’re trying to change the mentality now so more people could get treated.”

But that does not address a larger problem: the unequal distribution of medical resources across China.

The level of medical care available in an area almost directly correlates with a province’s level of development.

In Hubei province, 44 out of 88 Grade III Level A hospitals are located in Wuhan, home to 11 million of the province’s more than 50 million people. In China overall, most of the best hospitals are found in the more developed, and wealthier, eastern coastal cities.

Such inequality also extends to the provision of medical staff in different locations. 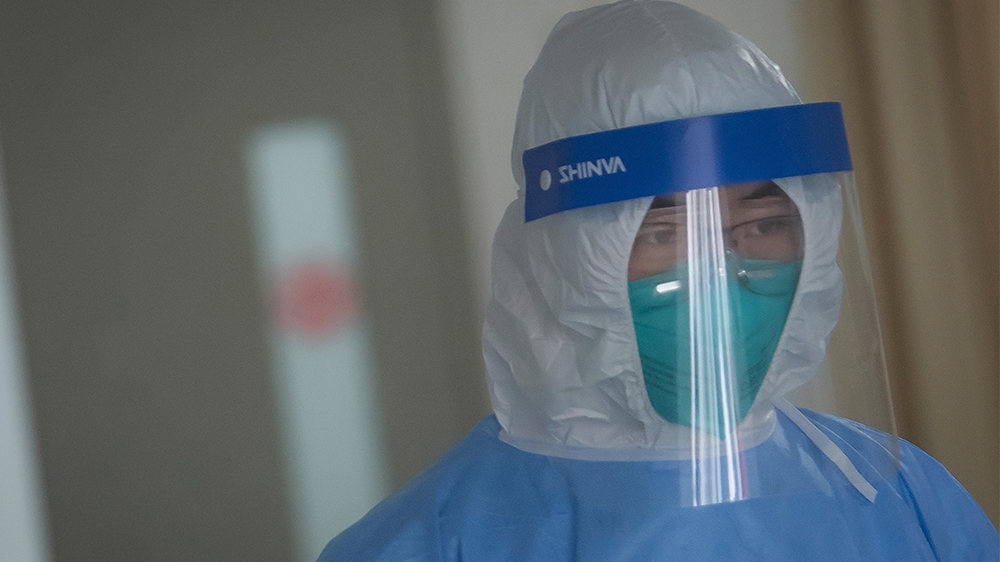 A medic at the Wuhan Union Hospital in Wuhan. China has deployed nearly 6,000 extra health workers to Wuhan to cope with the demand caused by the coronavirus [Xiao Yijiu/Xinhua via AP Photo]

Hubei province has only 150,000 doctors, the majority of whom are stationed in Wuhan.

To relieve the pressure on the limited number of medics currently fighting on the front line, close to 6,000 doctors and nurses from across China have been parachuted into Wuhan and other surrounding cities, in the hope of containing the outbreak.

But the lack of doctors is not specific to Wuhan: China simply does not have enough of them, especially those who work in intensive care.

The World Health Organization says that China has 17 doctors for every 10,000 people, well behind the world’s best 82 per 10,000 people in Cuba. And, while the country has made progress in improving health indicators over the past decade, few see much incentive to become a doctor.

“The hyper tension and mistrust between the patients and doctors, the low salary of most doctors, and unpredictable hours all contribute to the lack of motive to become a doctor in China,” said Zhou, a surgeon at Chengdu’s Huaxi Hospital who preferred not to share their full name.

“This outbreak has revealed some of the major problems in our healthcare system that should’ve been addressed before,” Zhou added. “I have confidence that these problems will be fixed soon.”

In Wuhan, having had three days of treatment, Fubin’s father is on the mend.

His son is relieved.

“I would be lying if I said that I wasn’t terrified that my father might not be able to get treatment,” he said. “I’m glad that he’s getting better, but there are still so many people unable to get treatment, and the government should really work harder to address the problem.”