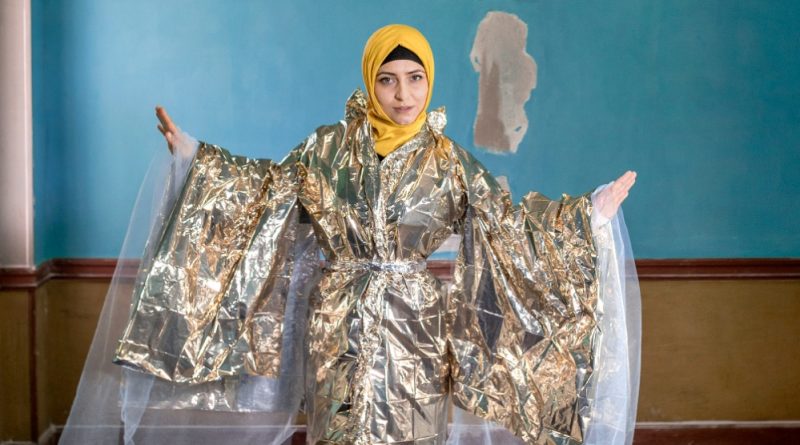 For Samar, 24, life has all been about survival.

She was still a teenager seven years ago when, with the war in Syria raging, she decided to flee her country in the hope of a better future.

She first sought refuge in Lebanon, then in Egypt and Turkey, before embarking on a dangerous sea journey on a rainy February night four years ago when she boarded a boat packed with children in a bid to reach Greece’s shores.

“I wanted a better life and more freedom,” says Samar, one of the more than 1.2 million people escaping conflict, hardship and persecution to have arrived in Europe via Greece over the past five years. But the shutting down of the Balkan borders and an EU-Turkey agreement have since trapped more than 100,000 people in Greece, with most languishing in poor living conditions.

Samar is one of several women to be featured in Chrysalis, a striking portrait series by Greek visual artist and photographer Olga Stefatou that celebrates the individuality of female refugees and asylum seekers in Greece.

In Chrysalis, Stefatou photographs women from Syria, Iran, Iraq and Afghanistan inside a neoclassical building in Greece’s capital, Athens. Clad in golden costumes made from emergency blankets, the women recount their distinct experiences, perilous journeys and aspirations for the future.

“From the start, it was crucial for me that the women are active participants in the process and express their own individuality, which is often either hidden behind the ‘refugee’ label or oppressed due to cultural factors,” Stefatou says.

Her series of portraits and accompanying texts will be exhibited at the Fire Station contemporary art space in Qatar’s capital, Doha, from February 12 to 28, before being shown at Toronto’s Aga Khan Museum as part of the Sanctuary exhibition running from March 19 to August 23.

Al Jazeera spoke to Stefatou about Chrysalis, the idea behind it and its reception. 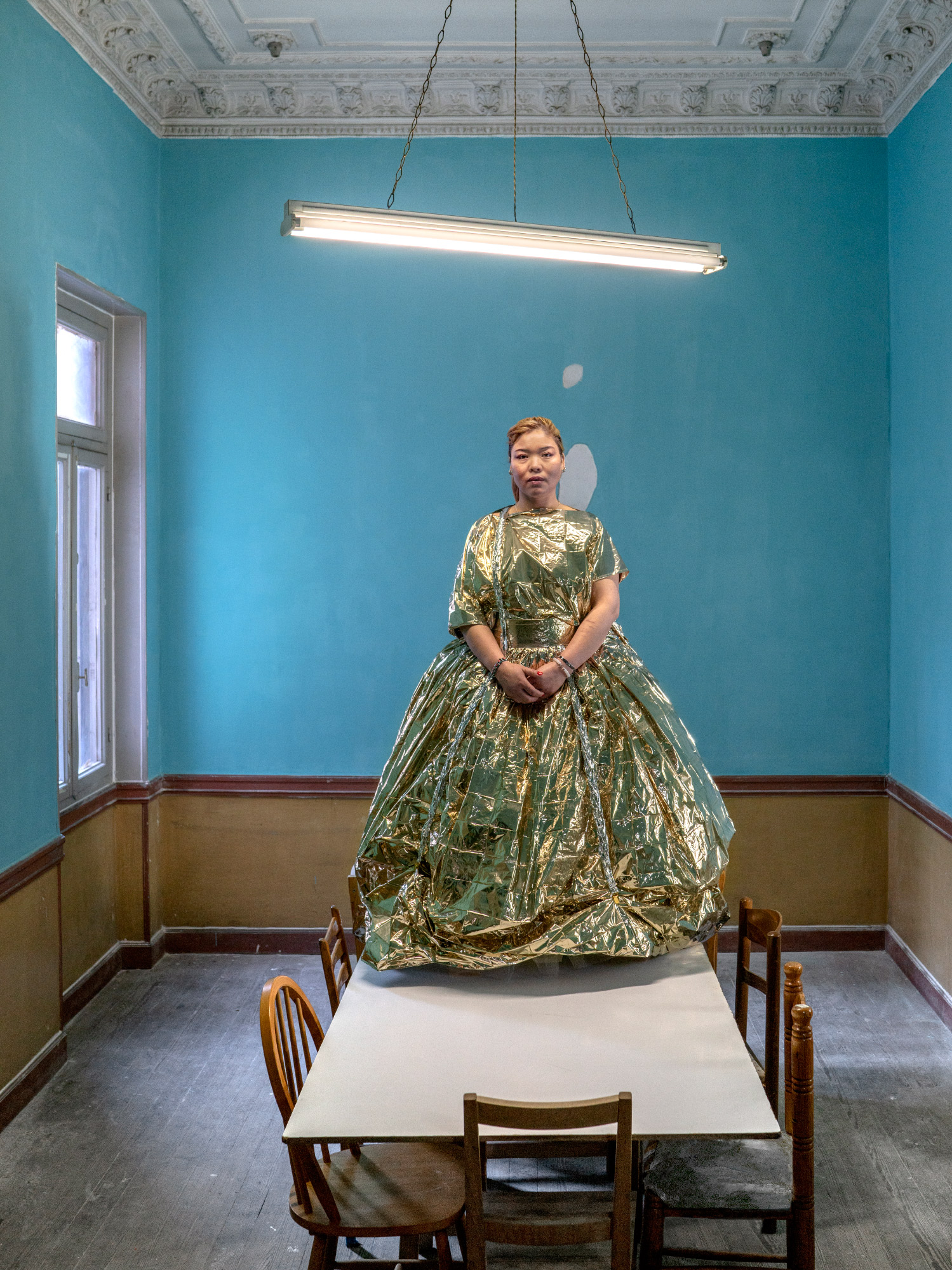 Al Jazeera: When did you decide to start the project and why?

Olga Stefatou: I began shooting in early 2018 but I was working on the idea for six months prior. At the time, I used to work as a photojournalist covering the refugee crisis in Greece and became very aware of the various problems faced by refugees and the difficulties in exercising their rights.

I did not feel that simply covering the crisis was enough so I began thinking about a personal project to express a different narrative closer to my own values.

Al Jazeera: Can you provide a few details about the concept behind Chrysalis? How did you select the location and how did the idea of the dresses come about?

Stefatou: My personal work has often focused on gender issues, so on this occasion I was keen to create a project aimed at offering a positive and playful experience, as well as presenting different aspects of these women’s personality.

The idea stemmed from a self-portrait I shot for another personal project, 2014’s Relative Dating, in which I was running in a forest with a survival blanket in the form of a long golden skirt. Knowing that the blanket has been synonymous with the refugee crisis, I thought I could use this material to create bespoke dresses for the women, and this motivated me to begin putting together all the layers of the visual narrative I was interested in. 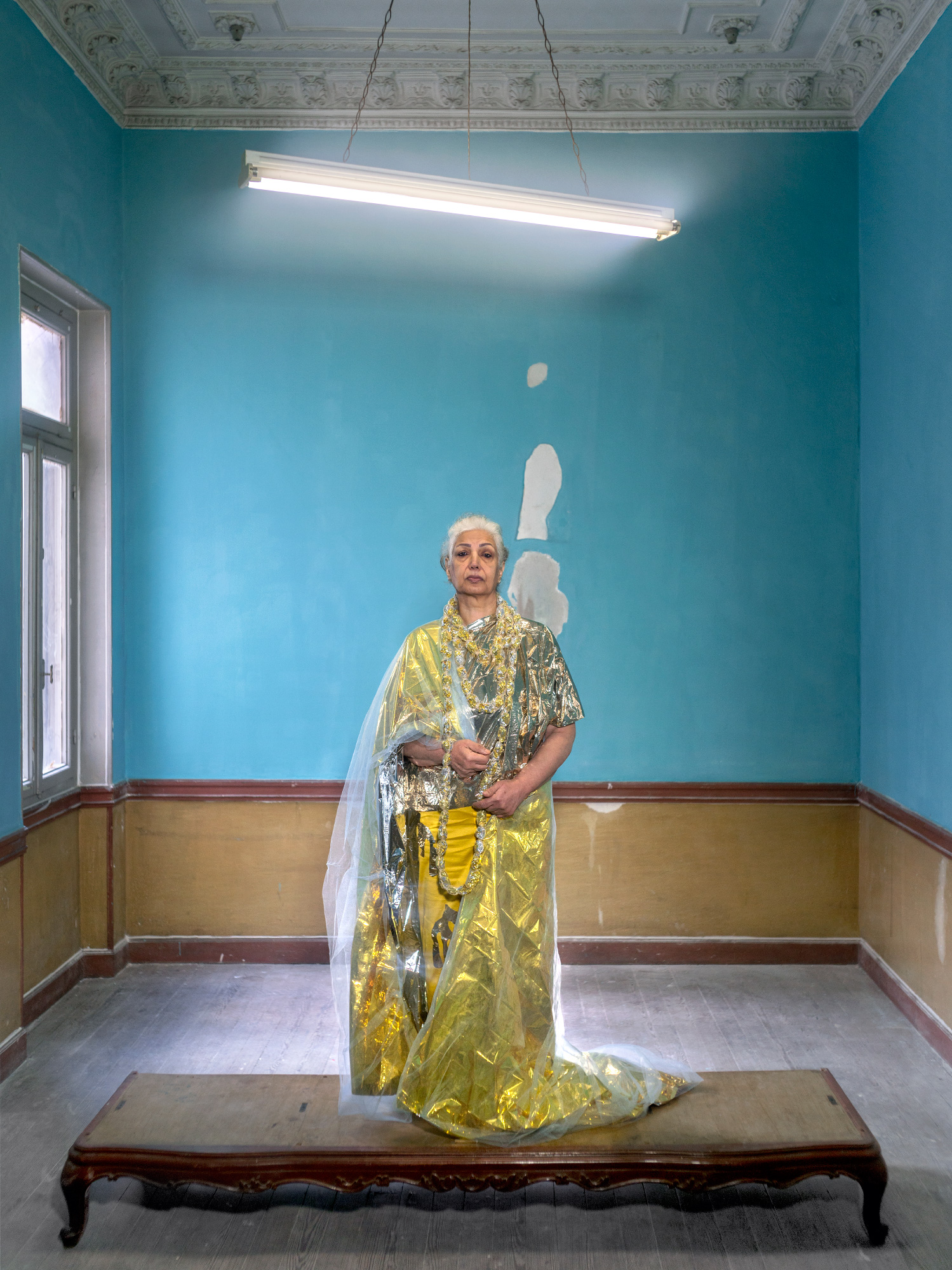 From the start, it was crucial for me that the women are active participants in the process and express their own individuality, which is often either hidden behind the “refugee” label or oppressed due to cultural factors. I decided to collaborate for the creation of the costumes with artist and designer Guram Chachanidze. We took into consideration the women’s preferences and tried to reflect their personality with each dress. However, this is not a fashion project but a documentary-driven one.

It took me a while to find the right location; I was looking for a place where the women would feel safe and comfortable to change clothes. Wael Habbal, a Syrian refugee whom I met on Lesbos island, introduced me to Communitism, a group running a beautiful neoclassical building in Athens.

When I entered its blue room, I knew I had found the place I was looking for. The concept of the setting, the ceiling light, the different platforms and the Athenian background – they all work metaphorically in the experience and the photographs.

Al Jazeera: How easy was it to convince the women to participate and open up about their experiences? What were the challenges?

Stefatou: Developing this project has been both challenging and a big learning process.

Most of the women were excited to wear a dress created just for them but it was not easy to convince them to take part in the project. 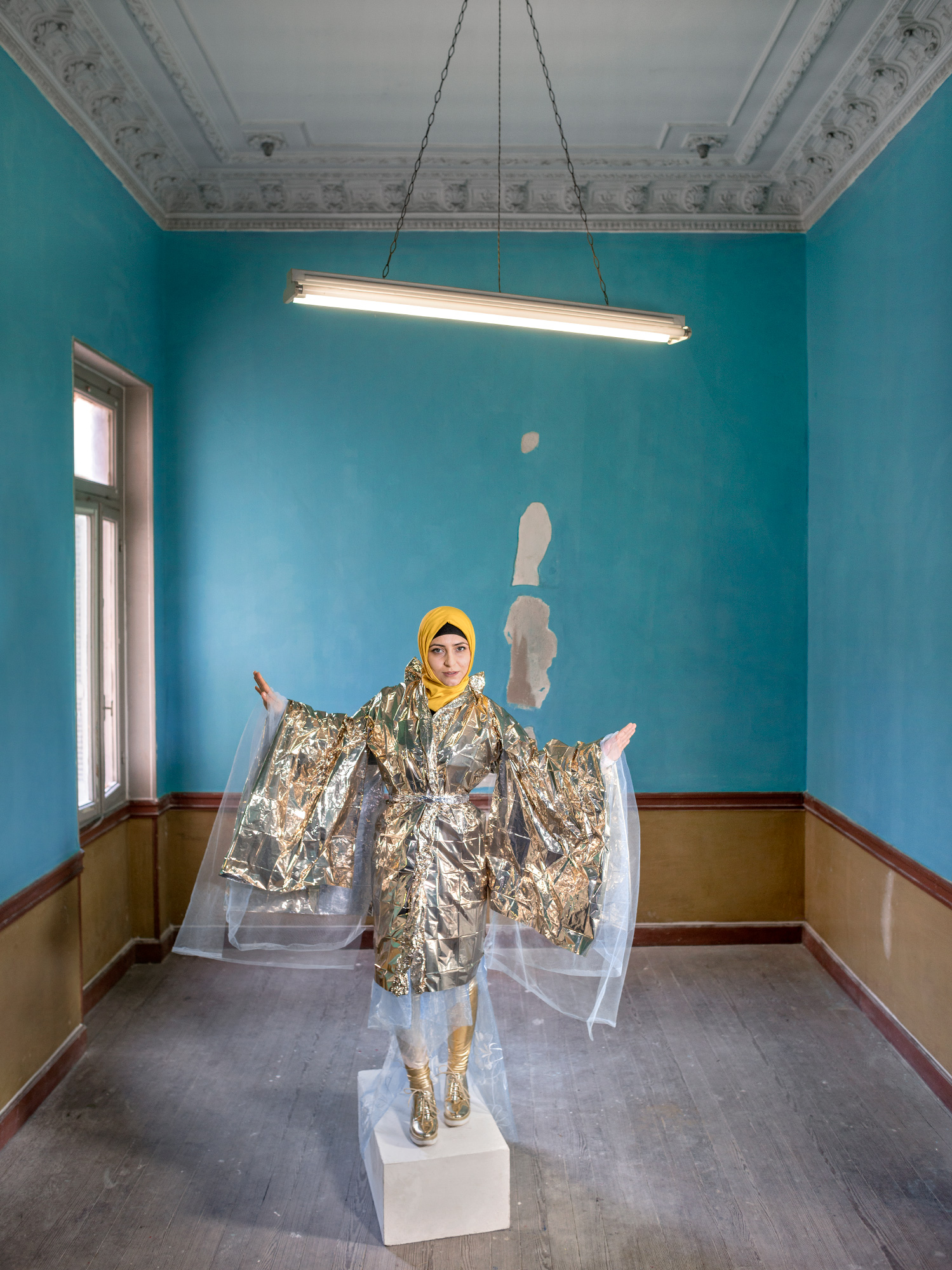 Most refugee women are vulnerable people who have experienced violence and have become suspicious of others after all they have suffered: unaccompanied minor girls, unmarried young women, single mothers and mothers with children who are waiting for an opportunity to leave Greece and head north to unite with their husbands.

Some of the women in Chrysalis were not allowed by their husbands to take part, while others were not used to leaving the camp or the apartment they live in. All of them have consciously decided to seek change in their lives and are currently facing unimaginable difficulties such as inhumane living conditions, slow asylum processes, closed borders, aggression and poverty. I deeply admire their courage.

Stefatou: The women who have so far participated in Chrysalis are powerful individuals who were ready to speak out and stand out despite all the risks. It is very inspiring when passion for life overpowers fear, when the intention to move forward conquers inner conflict. To this day, I try to stay in contact with them and help as much as I can. 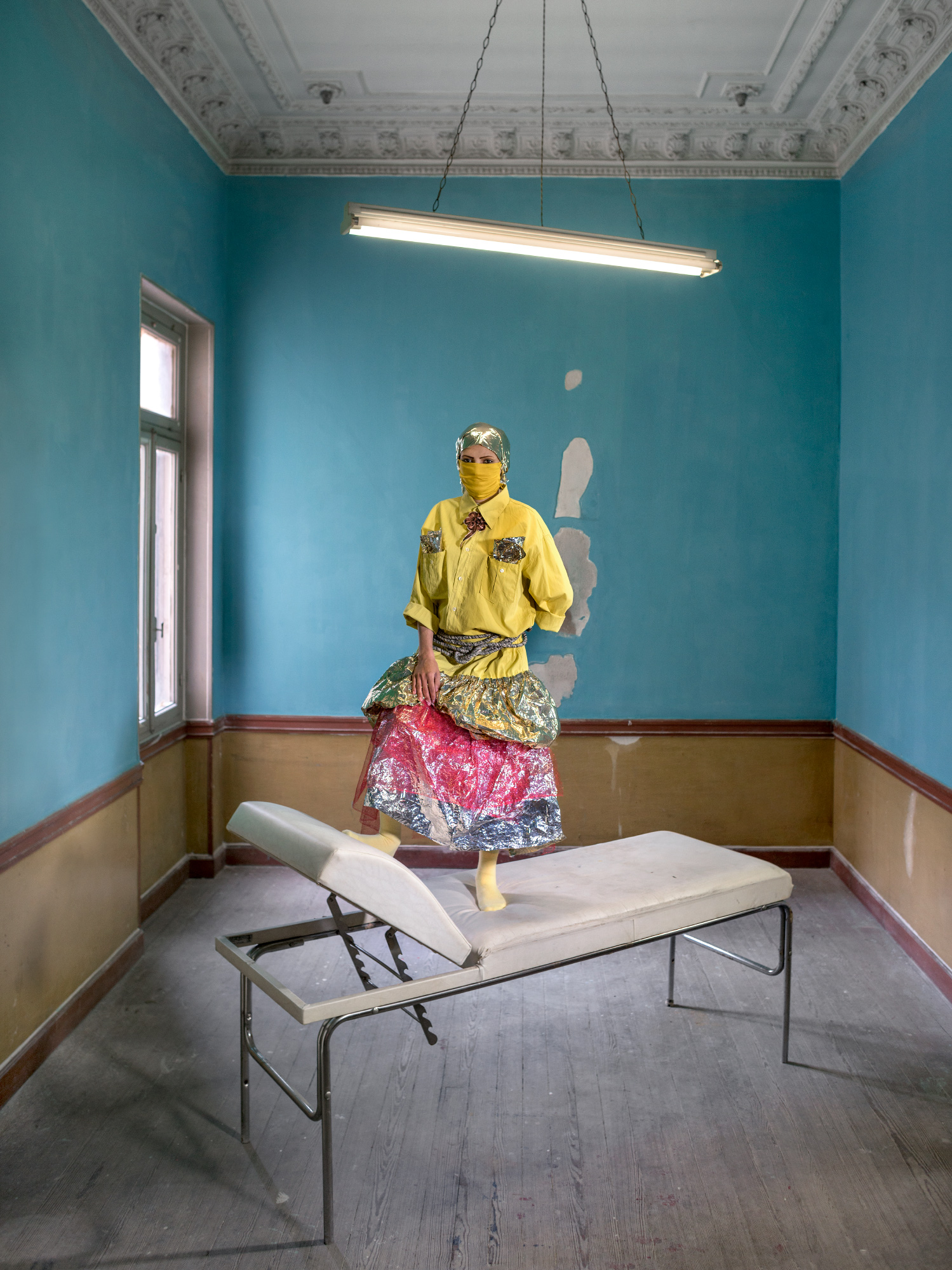 I was pleasantly surprised when the women used the project to express something very specific, like Maryam who wanted to express that her body belongs only to her. Leila had the tragic experience to witness the death of 15 people while they were crossing the Turkish-Greek border by boats. Narges wanted to forget the humiliating times she had in the Moria camp on Lesbos.

Nanjanin, whose husband was calling her every five minutes to stop the photo shoot. I was concerned and would respect her decision if she had done so, but she wanted to continue until the end despite facing a lot of pressure. Also, Raha, a burn survivor who is an outstanding woman with a beautiful singing voice and artistic nature. Samar, a very clever woman who took full control of her life in a very young age. And also, 61-year-old Elahe who travelled alone all the way from Iran. 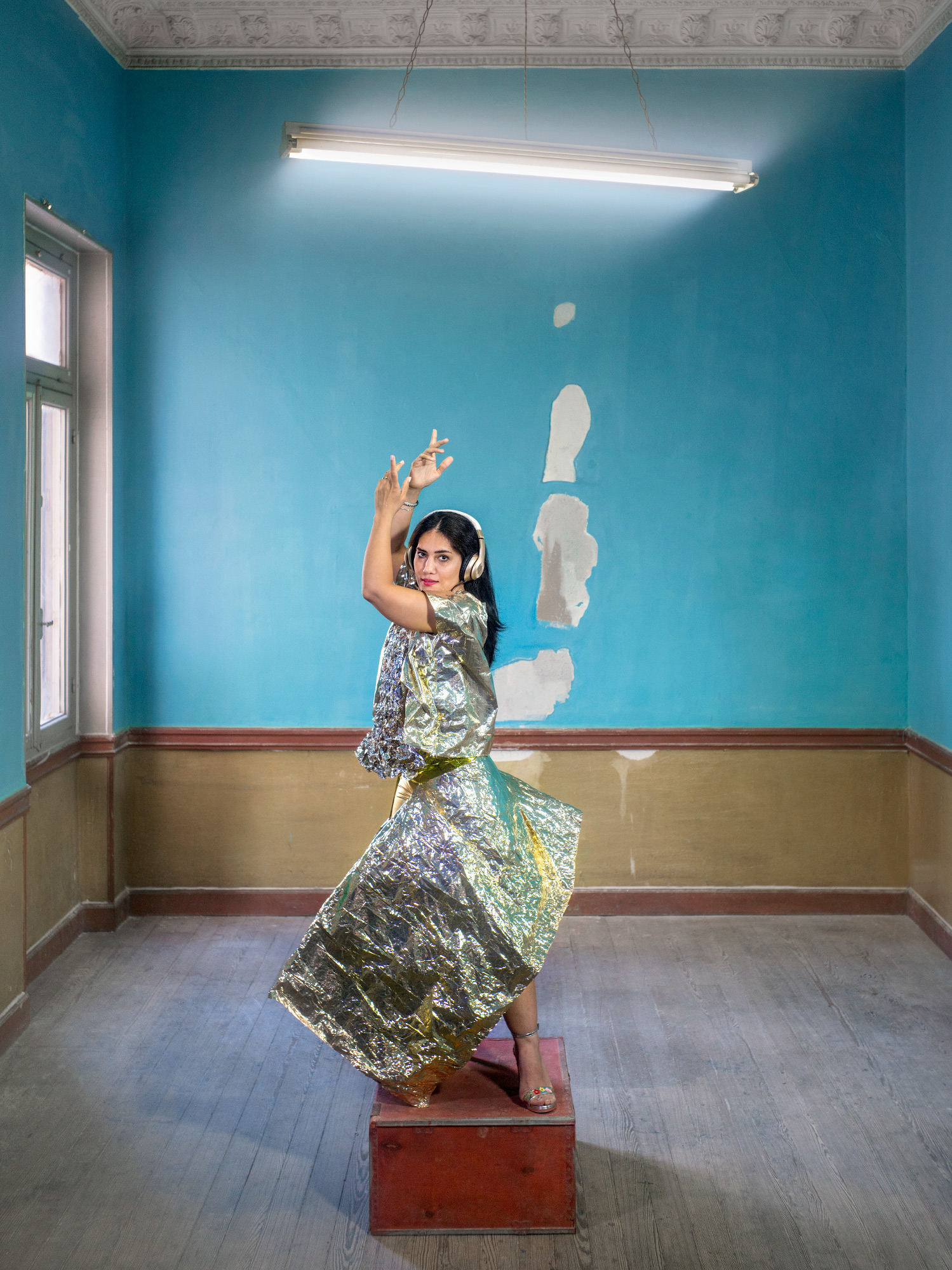 Al Jazeera: What’s next for the project and you?

Stefatou: Chrysalis will be exhibited at Doha Fire Station contemporary art space starting on February 12. Its next stop is Aga Khan Museum in Toronto.

I want to continue working on this project for a little while and expand it with more women before concluding it. I feel responsible to present the women’s stories in the best possible way as long as they trust me. I am also hoping to edit a short film with backstage footage from the shoot and the interviews.

One of my next goals is to complete a photo book with my photographs and experiences from Myanmar, a project I have worked on for over 15 years.