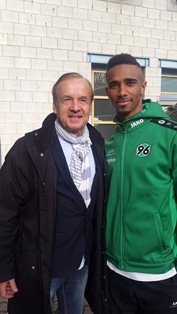 The Nigeria Football Federation and Rohr have attempted to persuade Torunarigha, Uduokhai and Akpoguma to switch their allegiances from Germany to Nigeria without success while the exciting winger Bazee has presumably agreed to play for the Super Eagles, having trained with the squad in London, England in March 2017.

Rohr has made it clear that he won’t force any dual-eligible players to play for Nigeria and used Cyriel Dessers as an example, saying the Heracles Almelo striker opted to play for the three-time African champions without him being coerced.

“I never beg any player to play for Nigeria, this decision must be done by the players themselves like we have Cyriel Dessers who was in our last list, who played for another country (trained with Belgium U21s, ed) and he wants to play for us. I met him, spoke to him, saw his matches and then invited him,” Rohr told Colin Udoh in an Instagram conversation monitored by allnigeriasoccer.com.

“The players who are actually in Germany you spoke about Jordan Torunarigha and Uduokhai played already for Germany U23 especially Uduokhai he’s qualified for the Olympics, Felix wants to go to the Olympics with Germany, I can understand it.

“It’s not so easy, you cannot choose the best players if they played already for other countries, they must give us signs they want to come to Nigeria.

“I met Akpoguma also from Hoffenheim, his parents, we spoke about it, his father is Nigerian and he would like him to come with us but the boy was born in Germany and he’s feeling more like a German.

“You cannot force somebody to come, we have a lot of talents in Germany, also Noah Bazee who is playing again in Augsburg together with Felix Uduokhai.”

Brighton & Hove-owned defender Leon Balogun was eligible to represent Germany internationally until he became cap-tied to Nigeria in an Africa Cup of Nations qualifier against Tanzania in 2016.

Another German-born player in Cologne’s Kingsley Ehizibue was named to the Super Eagles roster for their AFCON qualifiers against Sierra Leone in March. 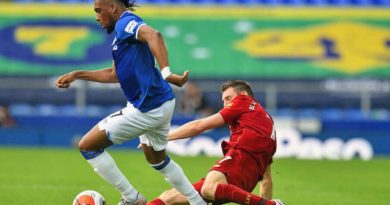 Iwobi Deserves Starting Spot, But No Longer In Ancelotti’s Plans