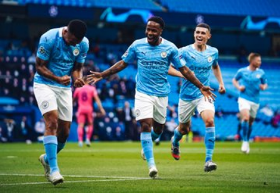 It has been a while since football tournaments were first suspended so it is great to see the Champions League is back in full swing.If you want to place a wager on this tournament but not sure where to start, there are some information on how to bet on sports here that might prove to be useful.

Manchester City are currently installed as the favourites to win the tournament, with odds set at +225 while the runner up team, Bayern Munich, have their odds listed at +300.

Both sides claimed the scalp of two strong teams in the preceding round:while Bayern made light work of Chelsea over both legs in a 7-1 aggregate triumph, City proved just too strong for Real Madrid, running out 4-2 winners after emerging winners in each leg.

Also in the running are French Ligue 1 giants, Paris Saint Germain who face Atalanta in a winner-takes-all clash on Wednesday, with PSG looking to reach the semi-final stage of the Champions League for the first time since 1994-95, while the Italian side had never previously made it this far.

At odds of +550, they are enticing enough to deserve a look-in, and should the likes of Mauro Icardi and Neymar who played a starring role in bundling Borussia Dortmund out in the previous round be in the mood, punters can expect them to go quite far in the competition this season.

Barcelona became the first team to ever qualify for a 13th consecutive quarterfinal berth in the competition, after beating Napoli 3-1 last weekend, courtesy of an inspirational display from Lionel Messi.

The victory meant they set up a mouthwatering last-eight meeting with Bayern, just in case you’re still wondering why they are a big outside shot at odds of +700.

And there is Atletico Madrid, eternal bridesmaids but are looking to go one better than they’ve done in previous seasons, and have already thrown down the gauntlet with the 4-2 aggregate victory over Liverpool in the last round.

Diego Simeone’s side are a well drilled unit capable of springing surprises, and up next for them is a tricky tie against RB Leipzig, a game in which they are huge favourites to negotiate.

With odds of +800 to cart home the ultimate prize at the end of this season’s competition, they are very much outsiders but do not underestimate what Los Rojiblancos are capable of achieving in an already crazy football campaigning.