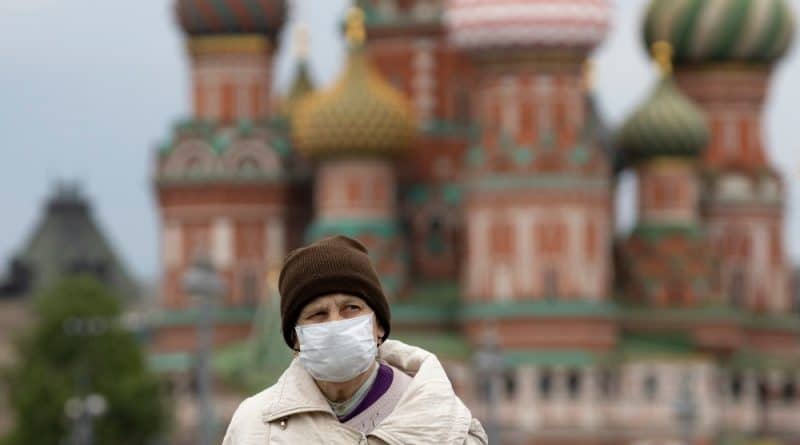 South Africa has partly lifted a two month-old coronavirus lockdown, letting people outside for work, worship, exercise or shopping, and allowing mines and factories to run at full capacity to try to revive the economy.

The government hopes Monday’s move to “level 3” lockdown will sputter businesses to a start.

South Africa has so far reported more than 32,000 cases and fewer than 700 deaths from coronavirus.

Fashion retailer Primark is working to reopen all its 153 stores in England on June 15, in line with the country’s easing of coronavirus lockdown restrictions, its owner Associated British Foods said.

Primark is currently trading from 112 stores across Europe and the United States, representing 34 percent of its total selling space. By June it is planning to have 281 stores open or 79 percent of selling space.

India has registered 230 deaths in the last 24 hours, bringing its total to 5,394 as the country begins its three-stage reopening on Monday.

The lockdown is being eased in most places except for the containment zones now isolated due to coronavirus outbreaks. 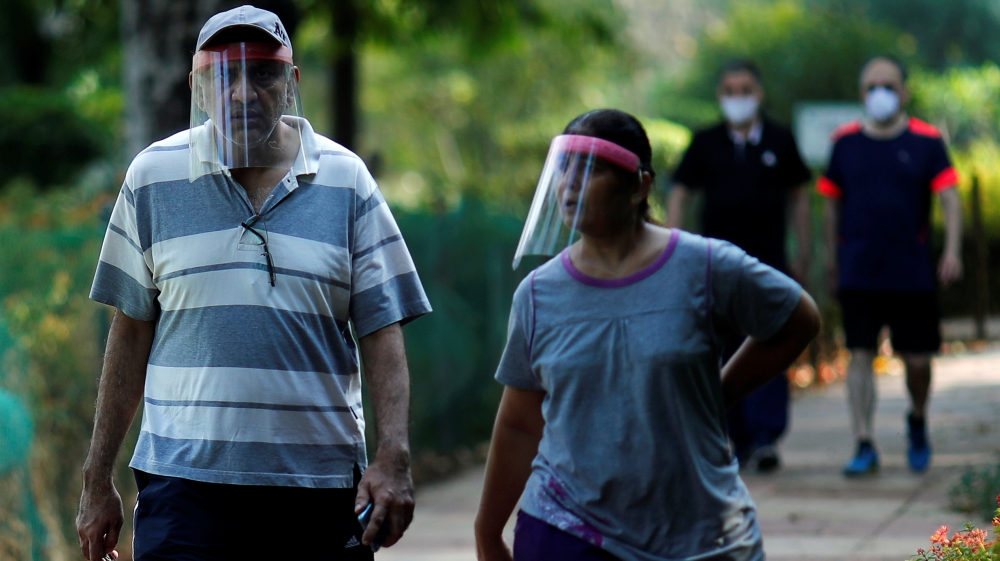 People wearing protective face shields walk inside a park after few restrictions were lifted, during an extended nationwide lockdown to slow the spread of the coronavirus disease in New Delhi [Adnan Abidi/Reuters]

The Health Ministry said India had 190,535 cases, which is the seventh most worldwide, exceeding Germany and France.

More than 60 percent of India’s COVID-19 deaths have occurred in just two states – Maharashtra, the financial hub and entertainment hub of India, and Gujarat, the home state of Prime Minister Narendra Modi.

Hello, this is Saba Aziz in Doha, taking over the blog from my colleague Kate Mayberry.

I’m handing over the blog to my colleagues in Doha. A quick recap of developments over the past few hours, as a number of places – from Australia to Russia and the UK – loosen their lockdowns further.

China has seen the biggest spike in cases in three weeks – linked to people returning home on a flight from Egypt – while Hong Kong has reported its first locally-acquired cases in two weeks. Japan, meanwhile, is considering allowing nationals of some countries to visit, provided they follow strict conditions.

Pakistan’s National Coordination Committee on the Coronavirus, chaired by Prime Minister Imran Khan, is due to meet on Monday to thrash out a plan to deal with a sharp rise in cases and fatalities from the virus, according to Al Jazeera correspondent Asad Hashim.

Cases rose by more than 2,900 on Sunday with an additional 62 fatalities taking the death toll to 1,579.

There has been a sharp increase in coronavirus deaths in the last week, with cases rising at an increasing daily rate after most restrictions were lifted ahead of Eid al-Fitr, the country’s most important holiday.

05:00 GMT – Eating out back on the menu in Turkey as lockdown eased further

Restaurants, cafes, museums, beaches and swimming pools are due to reopen in Turkey as the government further relaxes its lockdown.

More than 4,500 people have died from the virus in Turkey, but authorities say the outbreak is now under control. Restrictions on movement for people over 65 and under 18 will remain in force.

Japan may reopen its borders to visitors from countries with low levels of coronavirus infection, including Australia, Thailand, Vietnam and New Zealand, local media reported on Monday.

The Asahi Shimbun said business travellers from the four nations would be allowed entry providing they tested negative for COVID-19 before departure and on arrival. Their movements once in Japan would also be tightly restricted. 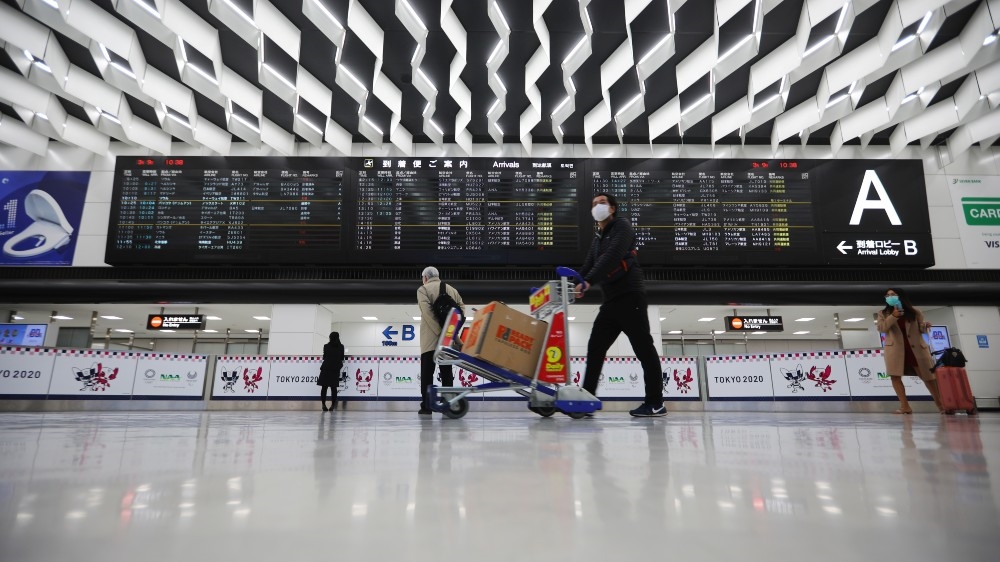 Public broadcaster RTHK says the woman works at a logistics warehouse labelling food imported from the UK. Two people there tested positive for the virus a month ago.

The new cases bring the total number of cases in the territory to 1,085, with four deaths.

03:15 GMT – Muscovites get to go out for walks again as lockdown eased slightly

People in the Russian capital will be allowed to go out for a walk or run, and some shops will reopen, as Moscow moves to loosen a lockdown that has been in force since late March.

Residents will be allowed out for walks three times a week on a schedule linked to where they live. People will also be able to go for a run between 5am and 9am as parks open their gates again. 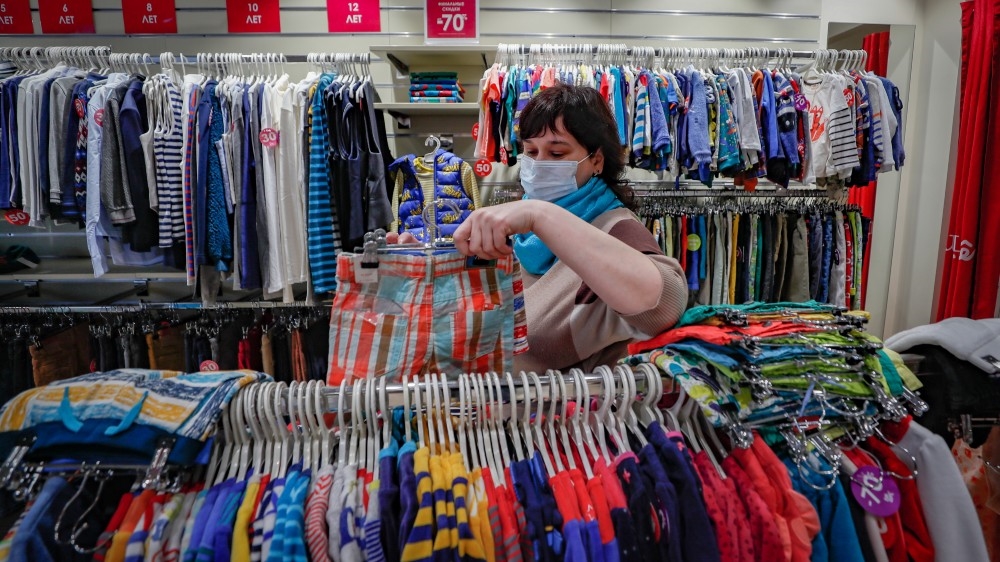 Thousands of cases are still being reported across Russia’s 11 time zones, but at a far lower level than previously. Russia has the third-highest number of confirmed cases in the world.

North Korea will start reopening schools in phases from this month, providing strict anti-coronavirus measures are in place.

State media says thermometers and hand sanitiser need to be provided at the school gate as well as in classrooms and administrative offices, according to South Korea’s Yonhap news agency.

Top priority will be given to testing children at nurseries and kindergarten, as well as disinfecting buildings.

North Korea has said it has no cases of coronavirus.

South Korea’s Celltrion Inc says its experimental treatment for COVID-19 has shown a 100-fold reduction in the viral load of the disease during animal testing.

The pre-clinical study of the drug showed improved recovery in runny nose, cough and body aches after the first day of treatment, and clearing of lung inflammation within six days, the company said in a statement.

Celltrion has research experience with other types of coronavirus conditions such as the Middle East respiratory syndrome (MERS). It hopes to start the first human clinical trials for the COVID-19 treatment in July, said Kwon Ki-Sung, head of the firm’s research and development unit.

“(Celltrion) has the capability to roll out mass production of the therapeutic antibody treatment once it is ready,” Kwon said.

China has reported its highest number of new coronavirus cases in three weeks after a number of cases were found among people who had returned from Egypt.

The National Health Commission reported 16 new cases, all of them in people coming from overseas.

Chinese state television said 11 people who arrived in Sichuan on a flight from Egypt had tested positive, while a further six asymptomatic cases were also found.

Zoos, museums and other public attractions have begun to reopen in parts of Australia for the first time in more than two months.

In New South Wales, the state where most Australians live, cafes, restaurants have also been allowed to welcome as many as 50 people at a time.

Brazil reported 480 deaths from coronavirus on Sunday, bringing its death toll to 29,314, the health ministry said.

More than half a million people in the country have now been confirmed to have a virus that Brazil’s president Jair Bolsonaro has dismissed as a “little flu”.

Bolsonaro was out on horseback on Sunday, greeting supporters at a rally against the country’s top court, which is investigating the right-wing leader.

Brazil has the second-highest number of cases in the world after the US and the fourth-highest death toll after the US, UK and Italy.

The US has delivered two million doses of the antimalarial medicine hydroxychloroquine to Brazil to fight COVID-19, the White House said, even though the drug has not been proven effective against the coronavirus.

“HCQ will be used as a prophylactic to help defend Brazil’s nurses, doctors, and healthcare professionals against the virus. It will also be used as a therapeutic to treat Brazilians who become infected,” a statement said in reference to the drug.

It said the US would also send 1,000 ventilators to Brazil, the epicentre of South America’s outbreak.

“We are also announcing a joint United States-Brazilian research effort that will include randomized controlled clinical trials,” it added.

Hydroxychloroquine is used to treat malaria as well as the autoimmune disorders lupus and rheumatoid arthritis. The WHO recently suspended trials into the drug because of concerns about side effects.

Read all the updates from yesterday (May 31) here.

NZ Offers to be ‘Honest Broker’ in Nuclear Disarmament Breakthrough 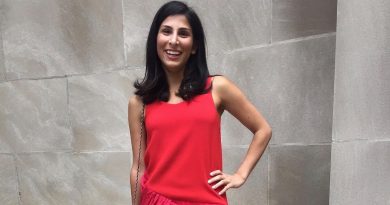