The Presidential Advisory Committee Against Corruption (PACAC) has made a case for the appointment of the Acting Chairman of the Economic and Financial Crimes Commission (EFCC) Ibrahim Magu as the substantive chairman of the Commission.

Wilson Uwujaren. head, media & publicity for the anti-graft agency stated in a statement that the endorsement of Magu by PACAC was made on Wednesday, November 20, 2019 by PACAC’s Chairman, Professor Itse Sagay when he led his team on solidarity visit to the EFCC boss at the Commission’s Headquarters.

While declaring that Magu deserves appointment as the substantive chairman of the EFCC, Sagay said “When something is good; when you see high quality, merit, dedication, and somebody who is courageous in the fight against corruption, I think it will be stupid to say you are looking for something outside.

“This is not a turn -by-turn thing. It is a thing of merit. You must work for it and achieve it. In our view, the Acting Chairman deserves everything including his being given a substantive appointment.

It is true one man cannot make a forest, but it takes a good man, a man of quality to bring out the best in any organisation, and that is what he represents-an uncompromising person.

“As far as corruption is concerned, no one have the courage in this country to offer him a bribe, because he or she knows the result will be a disaster. We are solidly behind Magu and the EFCC.”

While expressing support to the Commission, Sagay stated that “EFCC deserves continued support so that it will know it is being appreciated.

You cannot pick up a newspaper any day without you reading EFCC’s achievement in terms of charges, forfeiture of assets, convictions, among others. The ICPC has done very well too, but there is no question that EFCC has been outstanding.”

Speaking further, Sagay expressed optimism that the 9th Senate will do the right thing by confirming Magu when his name is forwarded to it by President Buhari, saying there would not be any reason for the legislators to reject Magu’s confirmation.

Magu, who thanked the President Muhammadu Buhari-led administration for giving him every support he had required to achieve the successes recorded by the EFCC, assured the PACAC delegation that he and the EFCC team will continue to give their utmost in the fight against corruption.

“I assure you that so far as I am here as the chairman of the Commission, I will continue to do the right thing, and we will ensure the things we do are within the ambit of the law. We are trained to kill corruption,” Magu stated. 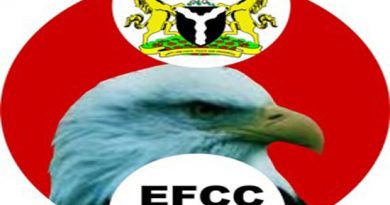 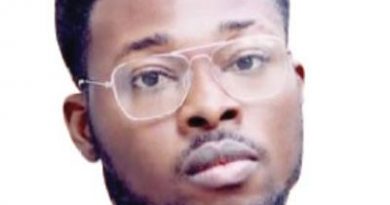 How Soldiers Tortured Me On New Year’s Day In Aba