Faith constitutes the base of Islam.

A person’s performing all worships without faith is worthless.

“If any one rejects faith, fruitless is his work, and in the Hereafter he will be in the ranks of those who have lost (all spiritual good).“ [Maída, 5]

If he has faith in his heart but he does not perform the worships because of laziness, he will be rewarded Paradise after he is punished as much as defects in his worship. The person with a small faith and fear of Allah (swt) enters Paradise at last. It is ordered in the hadiths that:

“A person who has a touch of belief in his heart will escape from the fire.” (Tirmizi)

The person experiences Islam according to his faith.

The person who accepts Islam with its visible aspects is called “Muslim”. The decision about a person is taken with visible aspects. If a person states he believes in the unique and single Creator and everything announced by His messengers and reports his belief by saying “Lailahe illallah”, he is decided to be a “Muslim”. The language he speaks does not matter.

“Do not call the people who say Lailahe illallah unbelievers because of their sins! The ones who call them unbelievers are unbelievers themselves.” [Buhari]

Allah (swt) ordered in the verses of Qur’an that:

“O ye who believe! When ye go abroad in the cause of Allah, investigate carefully, and say not to anyone who offers you a salutation: “Thou art none of a believer!” (Nisaa, 94)

# The decision of the heart belongs to Allah (swt)

Dear Readers, avoid defining a person who says he is a Muslim by stating “I believe in Allah (swt)” a misbeliever.

The decision of the heart belongs to Allah (swt). None of us can judge a person’s faith.

If a person says he believes but he does not believe or his belief has doubts and hesitations, it is a problem between the person and Allah (swt). The person is accepted as a Muslim unless there is not a clear denial sign in his works and words. He is subject to Islam Law.

The ones who reach salvation are the believers who believe in Allah and perform good works.

“Those who believe not in the Signs of Allah,- Allah will not guide them, and theirs will be a grievous Chastisement.” (Nahl, 104)

“But he who works deeds of righteousness, and has faith, will have no fear of harm nor of any curtailment (of what is his due).” (Ta-ha, 112)

One must believe Allah, His angels, Holly books, Messengers, Hereafter and Destiny faith for a real belief. It is ordered in the verses from the Qur’an that:

“Verily, all things have We created in proportion and measure.” (Qamar, 49)

# Islam is the religion of tawhid (oneness)

Islam is the religion of oneness. The core of the religion constitutes of believing the one and unique Allah who creates, manages everything and owns all the things He created. This core is called tawhid (oneness) belief. This core is briefly stated with the word Lâilâhe illallah. This core must never be harmed. Rasulullah (s.a.w) ordered that:

“Whoever breathes his last with the words: lailaha illallah, enters Paradise.” [Ebu Davud]

Islam is a life style whose principles are ordered in accordance with human nature with human creation.

“So set thou thy face truly to the religion being upright; the nature in which Allah has made mankind: no change (there is) in the work (wrought) by Allah;” (Rum, 30)

The human is created so as to know Allah and acquire from His divine virtue in creation and equipped with extraordinary gifts accordingly. Allah asked the angels and djinn to grovel to human whom He blew from his soul and called His caliph on earth. Human is a developing creature. Therefore, even there are some changes in line with human development in the practice of the religion, ordered the basic core, which orders that Allah is the only Creator of visible and invisible worlds, and one must only be His slave and find its meaning in the word “Lâilâhe illallah” has never changed.

# The core of religion: Lailahe illallah

“And verily this Ummah of yours is a single Ummah, and I am your Lord and Cherisher: therefore fear Me (and no other).” (Muminun, 52)

“Allah will establish in strength those who believe, with the Word that stands firm, in this world and in the Hereafter; but Allah will leave, to stray, those who do wrong: Allah doeth what He willeth.” (Ibrahim, 27)

“Abraham was not a Jew nor yet a Christian; but he was true in Faith, and bowed his will to Allah’s (which is Islam), and he joined not gods with Allah.“ (Al-Imran, 67)

“The same religion has He established for you as that which He enjoined on Noah – the which We have sent by inspiration to thee – and that which We enjoined on Abraham, Moses, and Jesus: Namely, that ye should remain steadfast in religion, and make no divisions therein: to those who worship other things than Allah, hard is the (way) to which thou callest them. Allah chooses to Himself those whom He pleases, and guides to Himself those who turn (to Him).” [Shura, 13]

It was also ordered by addressing to The People of the Book that:

“Say: “O People of the Book! come to common terms as between us and you: That we worship none but Allah; that we associate no partners with him; that we erect not, from among ourselves, Lords and patrons other than Allah. If then they turn back, say ye: “Bear witness that we (at least) are Muslims (bowing to Allah’s Will).” [Al-Imran, 64]

Human was asked not to idolize the Messengers of Allah who are human as the others and not give up believing that Allah (swt) is the only Creator. Thus, oneness principle of Islam is highlighted one more time in the verse.

Islam has a broad and narrow meaning as a religious term. The broad meaning is believing in Allah who is the one and unique, and subject to Him. Islam is the core of the universal religion for all times, which is symbolized with the word “Lailahe illallah”. Islam is the common basis of all sharia. With its narrow meaning, Islam is the Sharia ordered to Rasulullah (s.a.w), but based on the same common core. This is the most detailed description of Islam based on a perfect faith.

# What does tawhid (oneness) mean?

Oneness means believing in the unity of Allah’s existing, attributes, and works, and not set up partners to Him and worshipping to Allah (swt) solely.

Allah’s existence, name and attributes are unique. Allah (swt) is the only absolute reality. His existence is absolute and eternal. He does not need anything to exist. All the visible and invisible worlds are created by Him. Allah is the owner of all of them. Nothing in the world Allah created resembles in core or attributes. Everything needs Allah to be existed. [Please remember personal attributes of Allah; Wujud, Qidaam, Baqa, Wahdaniyyah, Qiyam bi nafseehee, Mukhalafath-un lil hawadith in the article titled “Allah introduced Himself in detail”]

# Allah does not resemble anything He created

“there is nothing whatever like unto Him, and He is the One that hears and sees.” [Shura, 11]

Allah (swt) is also unique in his works. He created all the visible and invisible worlds alone. Allah has bestowed creation purposes to them, designed and shaped them in accordance with these purposes and gifted necessary qualities and qualifications in line with their needs. Allah creates, propagates, nurtures, kills, meets the needs all the living creatures, and also sometimes He rewards and punishes to educate them as He wishes. Allah (swt) organizes and manages all the events in the worlds He created. Briefly, He rules the property He owns as He wishes. Allah creates many things via human, the caliph of Allah (swt) in the earth.

“Unto Allah belongeth the dominion of the heavens and the earth. He giveth life and He taketh it.” [Tauba, 116]

Allah’s existence, attributes and works are unique and Allah (swt) is the only god. He is the Rab of all visible and invisible worlds He created. Allah established all the rules in the visible world that we call the universe including the righteous living rules for the human to live in harmony with the universe. Obeying the provisions of Allah (swt) that bring goodness to people, which means worshipping Allah, is the duty of every people. Allah has the right, authority, and power to impose all kind of punishments to the ones who do not obey the rules, in the world and hereafter.

“Allah forgiveth not that partners should be set up with Him, but He forgiveth anything else “ [Nisa, 48]

Be entrusted to Allah. 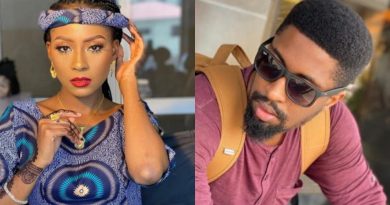 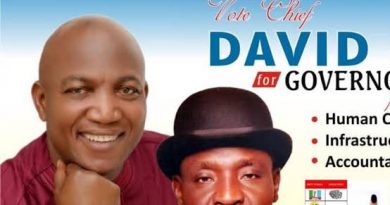