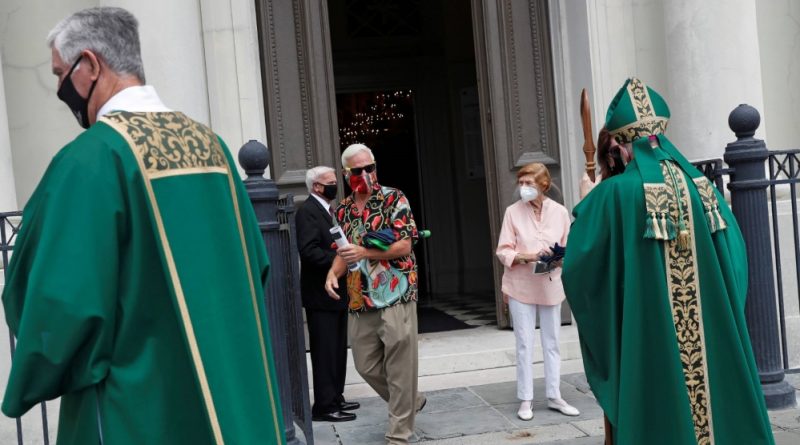 China’s state prosecutor’s office has reported that nearly 5,800 people have been arrested during the pandemic for committing crimes ranging from killing health workers, selling defective medical equipment and lying about their travel history.

One case involved a shopper that beat to death another customer who reminded him to wear a mask in a supermarket, according to AFP news agency.

“From January to July, 5,797 people were arrested and 6,755 were prosecuted,” the Supreme People’s Procuratorate said.

Other cases involved alleged embezzlment of and stabbing of of a health inspector.

Germany’s Robert Koch Institute, which monitors infectious diseases in the country, has reported 610 new cases, bringing the total to over 242,000 as of Monday.

The death toll has reached 9,298 up three fatalities from the previous day.

Stephen Hahn, the head of the US Food and Drug Administration, has raised the possibility of giving an emergency approval on coronavirus vaccines being developed in the country, even before trials are concluded.

“If they do that before the end of Phase Three,” which involves large-scale human testing, “we may find that appropriate. We may find that inappropriate, we will make a determination,” Hahn told the Financial Times.

But the move has drawn criticism that he is giving in to pressure by the Trump administration to step up the production of a vaccine ahead of the November 3 elections.

The US has reported almost six million cases and 183,000 deaths, raising criticism and questions against the Trump administration’s handling of the deadly pandemic.

Greece’s health authorities reported that the coronavirus cases in the country have exceeded 10,000, half of which were reported just in August.

At least 157 new cases were reported on Sunday, including 41 from overseas.

Despite calls for a boycott, more than 420,000 Hong Kong residents have registered fro free universal coronavirus testing, which is set to begin on Tuesday, according to Hong Kong authorities.

According to the Gov.HK website, that since the online booking system started, at least 80 community testing centres have been fully booked.

The Hong Kong government has initially set a seven-day testing period, although it has not set a target number of testings among its 7.5 million residents. 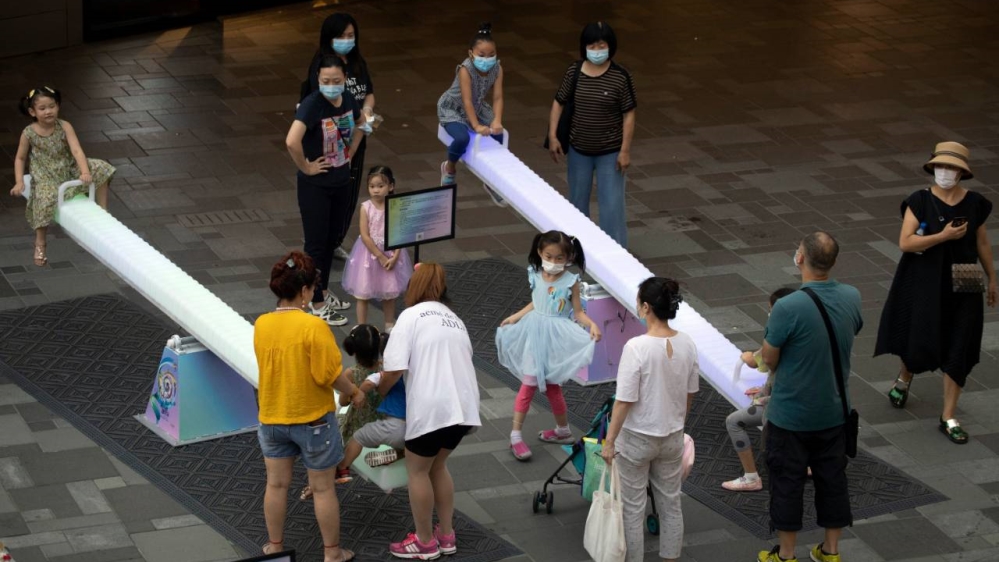 China’s National Health Commission reported on Monday at least 17 new coronavirus cases – all imported – as of the end of Sunday.

That brings the total number of imported cases to 2,499, according to Xinhua news agency.

There were no new reported deaths in the mainland keeping the total at 4,634. Most of China’s 85,048 COVID-19 patients have recovered.

The number of daily new coronavirus cases in South Korea has stayed below 300 for the second consecutive day on Monday, Yonhap news agency reported quoting Korea Centers for Disease Control and Prevention.

The country reported 248 new COVID-19 cases, including 238 local infections, raising the total caseload to 19,947, KCDC said. That’s down from the 299 cases reported on Sunday.

One more patient died from the novel coronavirus, raising the death toll to 324. Almost 15,000 of the cases have fully recovered.

Australia’s state of Victoria has recorded 73 new coronavirus cases on Monday – its lowest total since July 3.

The state’s death toll also increased by 41, including 22 cases at an elder care facility that were reported belatedly.

Meanwhile, New South Wales raised its health alerts in some areas after a cluster of infections. It reported seven new cases on Sunday.

Mexico has confirmed 4,129 new coronavirus infections and 339 additional fatalities, bringing the total number of cases to 595,841 and 64,158 deaths.

The number of cases and deaths, however, continues to be on a downward trend, according to data from the ministry of health, although the government has long acknowledged that the real number of infections could be higher than the numbers being reported. 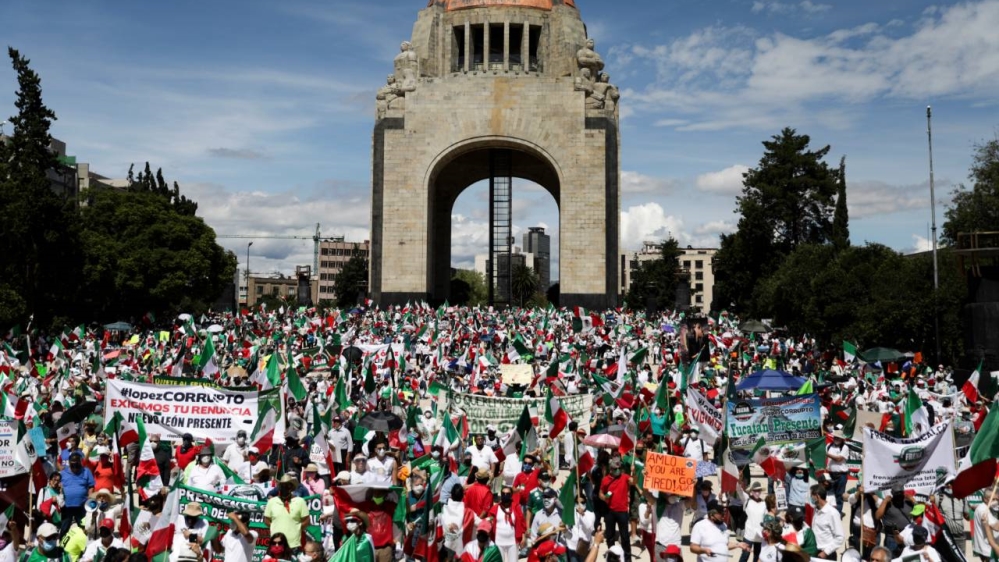 Despite the threat of the spread of coronavirus, anti-government protesters gathered in Mexico City on Sunday to demand the resignation of President Andres Manuel Lopez Obrador [Eduardo Verdugo/AP]

New Zealand has eased coronavirus restrictions in the city of Auckland, and made the use of face masks compulsory.

The New Zealand Herald reported many of the city’s residents “swarming to the city’s airport” to take advantage of the travel opportunity.

New Zealand has reported more than 1,700 cases and 22 deaths from coronavirus.

More than 183,000 people have died from the disease, according to Johns Hopkins University.

Meanwhile, the US states of Montana and Idaho have reported record numbers of COVID-19 hospitalisations, according to reports.

In an interview with CBS’s Face the Nation on Sunday, Dr Scott Gottlieb, the former commissioner of the Food and Drug Administration, said the trend was worrisome.

The numbers of deaths and new cases as of the end of Sunday were significantly lower than those on the previous day, which could either be attributed to delays in reporting by state government, or an overall continuing downward trend.

Read all the key developments from yesterday (August 30) here.