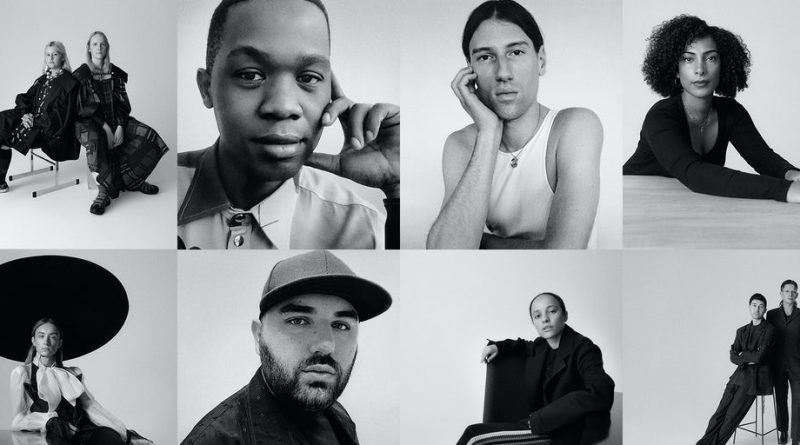 LONDON, United Kingdom —For multi-brand e-tailers, securing a supply of fresh labels is more important than ever to connect with newness-craving consumers and stand out in today’s crowded and highly competitive luxury e-commerce market. As big brands continue to focus on direct sales, emerging labels are only set to grow in importance for the likes of Matchesfashion and Net-a-Porter.

At the same time, the pandemic threatens to overwhelm many small fashion brands. Earlier this year, the British Fashion Council (BFC) predicted that, if nothing was done to help them, 35 percent of the country’s emerging labels would fail before the end of the summer. On both sides of the Atlantic, fashion councils have raised funds to help struggling labels, but nevertheless indie brands are facing a bleak reality. In recent weeks, New York-based Sies Marjan permanently shut down, and others are predicted to follow.

Now, Matchesfashion is moving to protect the supply of young brands that is so critical to its strategy with a new incubator initiative: The Innovators Programme. Under the new programme, which builds on a content marketing franchise launched in 2017 under the same name, the retailer has selected 12 designers to receive assistance including preferential payment terms, business mentorship and £1.8 million worth of marketing support, including photoshoots, editorials and media outreach. Participating brands are also guaranteed orders for the coming year.

Matchesfashion isn’t the only retailer with an incubation programme. Net-a-Porter and Moda Operandi have launched similar initiatives in the past, though Moda Operandi discontinued its incubator programme after a year in 2018 in favour of a monthly content series, continuing to offer mentorship and marketing support to designers on an informal basis.

Most luxury e-tailers sell similar products, offer similar experiences and operate in a saturated market where competitors are just a click away, often forcing them to engage in competitive discounting to drive sales.

“The problem for [luxury e-commerce players] is to appear distinct and special — not just a site you visit to find the lowest price,” said Bernstein analyst Luca Solca.

Emerging labels are a key differentiator, meaning retailers have a strategic interest in keeping small brands healthy. Matches in particular has cultivated a reputation for selecting up-and-coming, progressive brands and exposing them to a global audience. 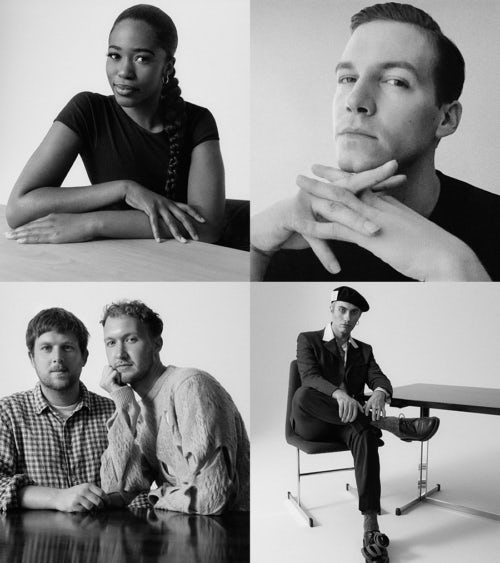 The 12 brands Matches selected for the debut of the revamped Innovators Programme include some of the buzziest names on the London Fashion Week women’s and men’s schedules, like Halpern, Charles Jeffrey Loverboy and Wales Bonner, as well as emerging names like LVMH Prize winner Thebe Magugu. Art School, Ahluwalia, Chopova Lowena, Stefan Cooke, Germanier, Harris Reed, Ludovic de Saint Sernin and Bianca Saunders are also part of this year’s programme.

“If we don’t nurture and look after that talent, how will fashion evolve and go into the future?” said Womenswear Buying Director Natalie Kingham. “Especially at a difficult time like this. Those small brands are super important to our industry.”

At Net-a-Porter’s seasonal accelerator programme, The Vanguard, which launched in 2018, new labels gain access to the retailer’s resources, expertise and global network in return for exclusive distribution rights. Moda Operandi’s now discontinued The Platform programme first launched in 2017 and saw the e-tailer grow brands like Johanna Ortiz and Brock Collection. Participating brands were free to work with brick and mortar retailers, but promised online exclusivity to Moda Operandi.

Brands that sign up to Matchesfashion’ Innovation Programme do not have to commit to exclusivity and can still sell to other retailers. But the company believes that building close ties to selected designers will pay off in the long run. Plus, greater financial security will allow designers to be more creative, rather than play it safe for fear of not securing future orders, said Menswear Buying Director Damien Paul. “This … support that we’re offering will hopefully encourage them and motivate them to really take risks and push themselves,” he said.

All but one of the brands Matchesfashion has signed up to its Innovator Programme were already stocked at the retailer. According to Kingham, “their collections are growing, they’re learning, their sell throughs are getting even better, new orders are increasing.”

For participating labels, they say they could really use the help right now. When the coronavirus pandemic hit, unisex, London-based label Art School lost 30 percent of its orders and its June show was cancelled. “This has really been a gift for us,” said Eden Loweth, who launched the brand with Tom Barratt in 2017. “A Matches order means a £30,000 investment in the season; for us [when Matches started stocking us] it doubled our sales overnight.”

London-based designer Michael Halpern hopes the programme will provide key advice on strategy and scaling his three-year-old namesake business. “I’m not a business that has a managing director, a CEO, a financial director. We’re not there right now,” he said. “Having more support from Matches on a merchandising side will be really interesting… because it’s not something we focused on before.”

Then, there’s the criticism, which predates the pandemic, that Matchesfashion has been chronically late in paying the same kinds of designers it now aims to help. In some cases, payment was six months overdue, which can be crippling for smaller brands that rely on orders from bigger retailers like Matches to keep cash flow steady.

Matchesfashion said it has “been working very hard over the last four months to address any remaining issues,” adding that, “having introduced a new standardised approach to payments, we’re confident that we’re back on track.”

To fund the Innovators Programme, Matchesfashion said it has allocated a portion of its marketing budget to invest in marketing assets like editorial shoots, films and campaigns. Going forward, the retailer has committed to accelerating payment for participating designers, delivering half of all order invoices as soon as the goods are ready to ship.

“It’s really about us making sure that these designers are supported,” said Paul. “We do believe that they’re the talent of the future and it’s something incredibly important to us — and to the customer.”

Editor’s Note: This article was revised on August 6, 2020. An earlier version of this article stated that CEO Ajay Kavan joined Matchesfashion in February. This is incorrect. He joined in March.

How the Wholesale Crisis Could Benefit Independent Fashion Brands

Case Study: The Next Wave of Luxury E-Commerce

The Problem With the Online Luxury Model