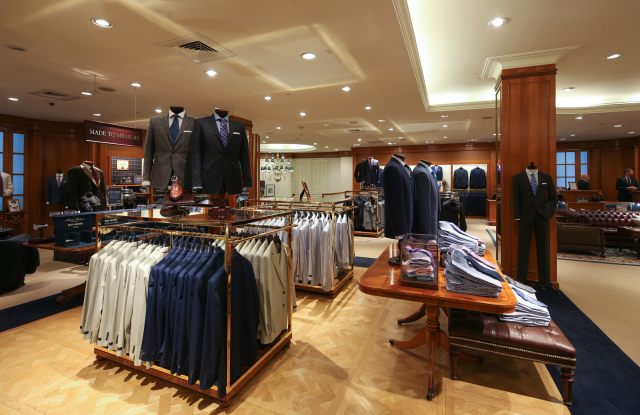 At a hearing Friday, the Delaware bankruptcy court overseeing the case approved the deal, in which SPARC said it intends to keep at least 125 stores open.

Advisers to the retailer, as well as its employees and vendors, generally lauded the outcome, which will keep the 202-year-old company in business despite the COVID-19 pandemic — a uniquely devastating time for retail.

“The proposed transaction provides $325 million, subject to certain adjustments, in proceeds for the benefit of the debtors’ estates, the assumption of certain of the debtors’ liabilities, the continued operation of a minimum of 125 Brooks Brothers North American stores, the preservation of the debtors’ global operation, the opportunity for thousands of jobs and a long-term contract counterparty for the debtors’ vendors,” said Garrett Fail, partner at Weil Gotshal & Manges LLP, and attorney for Brooks Brothers, at the hearing.

At the same time, employees, vendors and landlords — though they did not object to the sale itself — raised concerns that the deal could potentially still leave them in limbo for months. At the time of its bankruptcy, Brooks Brothers said in court filings that it had furloughed some 2,900 employees as a result of the pandemic.

Chapter 11 rules generally give bankrupt companies the time and flexibility to choose which of their existing contracts — such as store leases — that they want to keep or reject. Here, the new buyers have effectively until December to decide on which of the 125 locations they’re planning to keep, which vendor contracts they plan to take on and potentially which employees they plan to rehire.

On Friday, attorneys for employees and the firm’s largest unsecured creditor, Swiss Garments Co., which makes approximately 70 percent of the suits that are sold in the Brooks Brothers stores, said the deal leaves their own futures with the brand in question.

Richard Seltzer of Cohen, Weiss and Simon, an attorney for the Workers United union, which represents hundreds of Brooks Brothers employees, told the court that the buyers had not committed to hire any of the employees in the bargaining unit.

“These bargaining unit employees, many of them long term, have special and unique relationships with customers that are essential to bringing forth the best of the old Brooks to the new Brooks,” Seltzer told the court.

“As I said, it’s unfortunate that as of now, the buyer, described as a going concern buyer, has yet to commit to rehire a single Brooks Brothers employee,” he said. “Going concern sales may be about rejection or assumption of contractual obligations. But they should not be about the rejection of talented, loyal, experienced human beings.”

An attorney for Swiss Garments Co., which is also on the unsecured creditors committee, similarly told the court that the company fears a potentially months-long delay in knowing for sure if it would continue to be a vendor to the new Brooks Brothers. Having certainty on that would help them ship their fall and winter merchandise to Brooks Brothers as soon as possible, said Swiss Garments’ attorney Erika Morabito of Foley & Lardner.

“So many of us are left with a great deal of uncertainty about what the future holds for them in this case,” Morabito told the court. “And I know that that’s not uncommon in bankruptcy cases, but there’s also a lot of uncertainty, as my colleagues pointed out, with the deadlines to assume or reject contracts.”

“That leaves them in a great deal of uncertainty in terms of ordering raw materials, manufacturing goods, shipping products, paying their vendors and suppliers,” she added.

Kelley Cornish, partner at Paul Weiss Rifkind Wharton & Garrison LLP, who represents SPARC Group, said at the hearing the company would be deciding over “the coming months” which 125 stores it would be keeping open.

“I would simply say your honor, in response to all of the various statements that have been put on the record, that we look forward to closing this transaction very quickly by the end of the month, and moving forward as expeditiously as possible under the circumstances,” Cornish said.

Advisers for vendors and landlords also argued Friday that they may not be adequately protected if the sale and debtor-in-possession financing leave insufficient funds to pay administrative claims, which is money owed for goods and services provided during the bankruptcy.

Bankrupt companies that cannot pay their bills incurred during their Chapter 11 proceedings risk what is known as administrative insolvency, which would prevent a final plan from being confirmed, though it wouldn’t affect a sale that has already been approved.

But in any case, Delaware bankruptcy judge Christopher Sontchi he was persuaded that the debtors’ faced relatively low odds of an administrative insolvency. Judge Sontchi also signed off on the final approval for the $80 million in DIP financing in the case, which was also provided by ABG and Simon.

Brooks Brothers’ attorneys told the court that so far, the company has used $60 million of that sum to run its business and fund the Chapter 11 proceedings. They said that the remaining $20 million of DIP facility would give the company enough liquidity to close the sale to SPARC in the coming weeks.

Judge Sontchi said the terms of the agreement and financing, and the lending budget presented by the company, showed enough assurance that the company could pay its administrative expenses during the case, and particularly so under the strained circumstances of the pandemic.