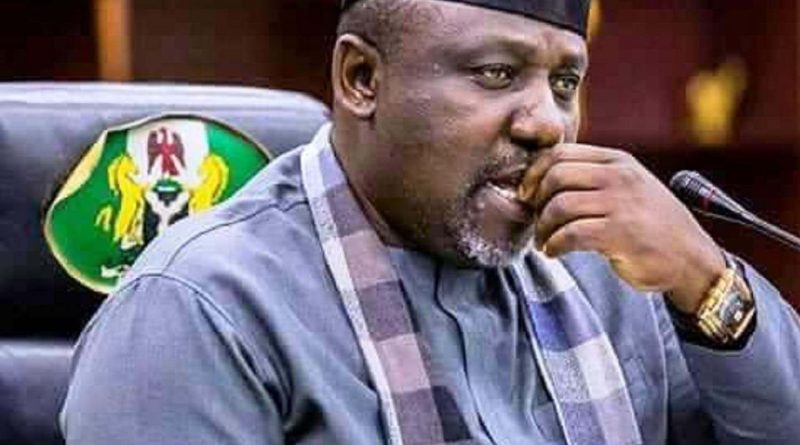 Everybody in Imo State knows that the former Governor of Imo State, Senator Rochas Okorocha almost destroyed APC in the state before Governor Hope Uzodinma came on a real rescue mission to save the party.

The revisionist theory that Rochas midwifed APC is antithetical to the Igbo saying that a tree does not make a forest. Yes, he contributed to the formation of APC when he betrayed those who brought him to APGA and got him elected as governor on that platform.

Before leaving APGA to APC, Rochas had been in countless political parties including PDP. Self interest, inordinate, ambition and not altruism or patriotism were his sole motivation in the serial cross carpeting. But that is a story for another day.

The story today is that Rochas is angry that his flock is being depleted because a new leader has emerged to repair the broken wares he mindlessly destroyed in his failed bid to enthrone himself as the emperor of Imo state.

He is angry that Gov Hope Uzodinma has elected to rebuild APC and hand over power to the real people to ensure that their voices are no longer muffled; that their opinions are respected and protected.

He is also angry that his plan to remote-control the new governor was dead on arrival, hence the recent tantrums being thrown by him through his media adviser, Sam Onwuemeodo.

The summation of Okorocha’s diatribe as encapsulated in two articles released by Onwuemeodo is that Governor Uzodinma needs him more than he needs the governor.

He accused the governor of heating up the polity, procuring vote of confidence, flogging pensioners and arresting “innocent” citizens on changes of “terrorism and treason, among others”.

While the other issues are just meant to garnish or even hide the real motive of the verbal attaches, suffice it to deduce that the vote of confidence passed on the governor by APC stakeholders both in Abuja and Owerri is gnawing at the heart of the former governor.

He sees the action as hasty because Uzodinma is yet to equal the record of Methuselah in office. On the other hand, Uzodinma’s startling revelations during the outings concerning impossible demands made on him by Okorocha most have rattled the former governor.

Be that as it may, ‘seven months’ is enough time to know a governor who is prepared to work and serve. The Igbo adage that a cock is known the day the chick is hatched comes handy.

In any case, the confidence vote on Uzodinma had nothing to do with his capacity to govern which is not in doubt any way. The APC stakeholders were simply telling Governor Uzodinma that they were satisfied with the efforts he was making to rebuild Imo APC after Okorocha left it in tatters.

There is nothing wrong in having two confidence votes in Abuja and Owerri. Most of those at the Abuja meeting don’t reside at home. And some of those at the Owerri meeting could not go to Abuja as a result of the COVID-19 pandemic.

However, what is significant about the confidence vote is that both events were attended by who is who in APC in the state. Majority of those who participated had left the party during the season of anomie when Okorocha appropriated APC to his private estate.

They returned after Uzodinma had successfully subdued the emperor. They returned after assurances from the governor that he will recover the years the locusts have eaten. They came back to APC because of the breath of fresh air which Uzodinma represents.

It is instructive that a former loyalist of the former governor who is now the National Organizing Secretary of APC, Barr. Emma Ibediro was one of those who passed the confidence vote on Uzodinma as the authentic leader of the party in the state.

However, since Onwuemeodo and his master have been afflicted by the deadly disease of selective amnesia, many have not forgotten why notable APC leaders left the party for Okorocha prior to the primaries of the party last year.

Senator Ifeanyi Ararauma, Hon. Emeka Nwajimba and many others felt nauseated by the antics of the former governor who wanted to foist his son-in-law as his successor.

They were embarrassed by the unbridled greed of one man who wanted to go to the senate in addition to determining the fate of everybody in APC. Is it not this same Uzodinma who stopped him from that satanic quest?

Perhaps, Onwuemeodo has forgotten that even after Uzodinma emerged the governorship candidate of APC, Okorocha went wild, engaging in the worst form of anti-party activity by supporting his son-in-law who had crossed over to AA.

Have we forgotten that when President Muhommedu Buhari visited Imo state for the flag off of the gubernatorial campaign that Okorocha shamelessly presented another party’s candidate to him for endorsement?

Is such a person fit to provide leadership to the same party he denigrated and degraded while on a vaulting mission of perpetuating himself in office through a proxy? Those were the dark days of the party that the loyal APC members who passed a vote of confidence on Uzodinma want to forget forever.

So while the governor has done exceedingly well in reconciling the party members chased away by the greed of another, nobody should begrudge him the gratitude expressed by genuine APC leaders who are happy with his sincere and determined efforts to build a united and cohesive party.

Uzodinma does not want to travel the inglorious road trod by Okorocha. He has refused to play God and that perhaps explains why the confidence vote was passed on him.

The fact that all the ‘big fishes’ in APC attended his inauguration as governor more than confirmed the wide-held belief that he is an accommodating leader.

It is unfortunate that Okorocha and his in-law attended the inauguration because (according to Onwuemeodo) they were expecting appointments from the new governor or because they expected the governor to disband the panels set up by Ihedioha against him.

However, it is quite funny that those who brooked no opposition to their imperial reign would want to control the party structure while another is governor. Those who go to equity should never forget to go with clean hands.

For the avoidance of doubt, Uzodinma does not court any controversy or tension. He also does not need on Okorocha whom he defeated to emerge victorious as governor to rescue him from whatever imaginary danger or tension or situation they are contriving.

Ambrose Nwogwugwu has been charged to court for the crime he committed. The matter is subjudice. But even a rookie journalist knows what is called a criminal libel. The hoodlums who attacked the governor’s convoy were not ISOPADEC staff as confirmed by the police.

What was their motive? A peaceful hug with a gun and dangerous weapons? The courts, again, will decide their fate. As for the pensioners, the police are there to investigate and establish the fact concerning the so-called flogging. But government has since denied flogging any genuine pensioner on any peaceful protest.

As an aside, every writer reserves the right to comment on any issue whether for or against the current government. If Ethelbert Okere, a veteran journalist, had written in favour of Ohakim and Ihedioha in the past and now chooses to write in favour of Uzodinma, that is his prerogative.

Nobody can blame him for whatever happened to the former governors. In any case, nothing suggests that if it is a jinx, that it cannot be broken in the current circumstance. What is important is that the man is exercising his constitutional rights of freedom of association.

When next Okorocha and his media aide choose to critique the Uzodinma’s government and the officials, they should first look at themselves at the mirror.

Retrospectively, they should soberly examine how they ran their own government for eight years and how that government ended up being the most despotic and nepotic in the history of Imo state.

3Since we are in the season of offering pieces of advice, my only advice to them is the legendary one offered by the legend himself, Fela where he declared: “Teacher, don’t teach me nonsense”. 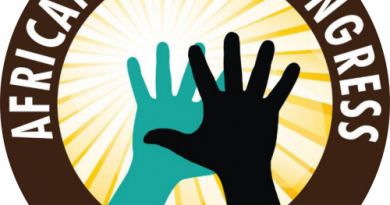 Evangelical Before Donald Trump Not Anymore I Am Ashamed 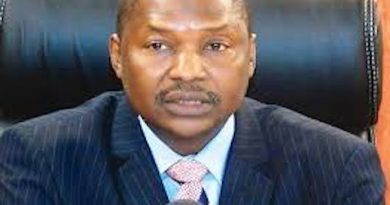