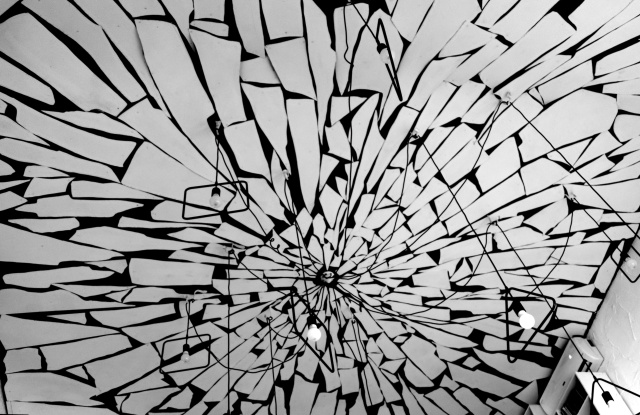 Sue Nabi is not your standard beauty executive.

She spent two decades at L’Oréal, where she led L’Oréal Paris and Lancôme and championed diversity before exiting to launch her own clean, vegan, luxury skin-care line, Orveda. Nabi, a transgender woman, takes the chief executive officer helm at Coty as the sixth ceo in the five years since the company paid $12.5 billion to take over the ailing beauty portfolio of Procter & Gamble.

She has her work cut out for her — and she will be well compensated for it.

Nabi’s base salary is 3 million euros, significantly higher than her predecessor, Pierre Laubies, who had a base salary of $1.5 million before it was slashed due to the coronavirus pandemic. She’s also getting 10 million shares a year, with half of those being contributed by Coty majority owner JAB. According to Stifel analyst Mark Astrachan, that puts Nabi’s total compensation over the next three years at around or above $140 million — significantly higher than executives on the 2019 highest-paid list, including Johnson & Johnson’s Alex Gorsky’s $25.4 million and the Estée Lauder Cos. Inc.’s Fabrizio Freda’s $21.4 million.

It makes sense that Nabi is being paid more than her Coty predecessors, all of whom came out of the JAB’s white European executive stables, and none of whom had any experience running a beauty company.

“It’s this breaking up of the old boys network that, frankly, is not working, and we’re coming to realize that our old models and ways of doing business [are] not working,” said Nicole Mason, president and ceo of the Institute for Women’s Policy Research, a nonprofit focused on women’s research and public policy.

Both Nabi’s appointment and her pay grade are worth pause, industry and equality experts agree.

“Sue is a phenomenal candidate to be the ceo. I think she got the job on her merits, but it’s an incredible moment for the industry to really not only embrace the culture of diversity but do it in a way that’s top down,” said Stephanie Wissink, an analyst with Jefferies. “There’s an elevated level of gravity to her in that role because it’s not common. That’s what’s so profound about these moments where you see major corporations stepping out and doing something unusual is that it carries an excess level of weight as a proxy.”

At its core, what Nabi’s appointment means for women is that getting the ceo job is possible, Mason said.

“Even when women have more experience and more education, in comparable roles they are often paid less than their male counterparts, so that is also historic in terms of her pay. What’s interesting is that it shouldn’t be — we should be expecting that women are paid based on their value, their worth and what they bring to the table — but we know that’s often not the case. It’s not because women aren’t negotiating more or are not asking for more, it’s again, historic discrimination,” Mason said.

“This role provides an opportunity for her for her to demonstrate the power of her leadership and what she brings to the table, but it adds a lot of pressure as well,” Mason said.

There are only 37 women leaders of Fortune 500 companies, Mason noted.

The beauty industry does have women in leadership positions, just not many of them. There’s Tracey Travis, chief financial officer, and Jane Hertzmark Hudis, executive group president, of the Estée Lauder Cos., Alex Keith, the ceo of P&G’s beauty business, and Korey Marchisotto, the chief marketing officer of E.l.f. Beauty. There’s also Debbie Perelman, the daughter of Revlon chairman and majority owner Ronald Perelman, who was promoted into the Revlon ceo job in 2018. She was the first woman to become ceo of a top 20 beauty company.

That is common for women who are elevated to leadership positions, according to Mason, who termed it “cleaning up.”

There is certainly a lot of cleanup involved in Nabi’s role at Coty, where she not only has the business distress of the coronavirus pandemic to deal with, but also the turnaround of struggling mass market makeup brand Cover Girl and relationship management with Coty’s fragrance licensees — like Kering ceo François-Henri Pinault, who has publicly vocalized dissatisfaction with Coty’s handling of the Gucci Beauty license.

“Women are often brought in in these moments of crisis to do cleanup when male leadership has failed in so many ways,” Mason said. “The bad news is we get one shot to clean it up. If we’re not successful in cleaning up a mess, then it’s like, ‘Oh you know, we tried a woman and it didn’t work.’”

It’s important that Nabi and other women leaders are set up for success, given the leeway and time to create strategies, and that expectations around turnarounds are realistic, Mason added.

But broadly, she said, between appointments like Nabi in the corporate world and successes of women leaders in containing the COVID-19 pandemic, “there’s an awakening happening around women’s leadership.”

“It accelerates this kind of change in leadership and the broadening of leadership and who can be a leader and what that looks like,” Mason said. “That representation is critically important.”