The National Agency for Food and Drug Administration and Control, Nigeria (NAFDAC) says Nigeria is the largest market for fake drugs in developing countries.

For decades, Nigeria has faced an overwhelming counterfeit drug problem. Though Nigeria has made a tremendous effort to reduce the presence and impact of counterfeit drugs in the country, the amount of fake drugs on the market remains alarmingly high.

Africa will begin a continental free trade that promises to turn the tables for Nigeria and launch the continent into a mega trading hub.

The African Continental Free Trade Area (AfCFTA), the largest trade agreement after the World Trade Organisation (WTO), is touted to open up a $3.4 trillion opportunity for a continent barely trading at 16 percent with each other.

Experts have called on the Federal Government to immediately establish a comprehensive national Intellectual Property (IP), a policy that would address what they described as “fragmented framework” for IP protection in Nigeria even as they regretted that Nigeria does not produce up to 1 per cent of generic medicines in the world.

For Nigeria to take full advantage of the African Continental Free Trade Agreement, particularly in the pharmaceutical industry at a media parley on Counterfeiting and IP Infringement in the Pharmaceutical Space”, the stakeholders advocated that getting an effective policy and strategy was the only way to benefit from the African free trade otherwise Nigeria will end up with only pockets of activities.

“Article 23 of the protocol on trade in goods, under AfCFTA provides protection for what they call infant industries that have strategic importance on a national level. It is important to note here that even AfCFTA itself does not contain a protocol for protection of IP, as of today,” said Otu Ukoyen, Lead, Brand Protection Employment, and Global Mobility Olajide Oyewole LLP.

Otu spoke enormously on the importance of the policy acknowledged at the parley organised by America Business Council in partnership with Johnson & Johnson, said that protocol is something that is going to be discussed at the African Union assembly, and eventually adopted hopefully early in the new year.

Nigeria has been described as the largest economy in Africa, the Giant of Africa, and it has the range of issues and challenges where other countries have capacity and are skilled to compete with in terms of production capacity exports logistics.

According to Otu, what is important right now is for stakeholders most begin to learn to adapt to the new form of competition that is created under AfCFTA and position themselves to take advantage of the new markets one way or the other, which is about to be opened up.

On the possible influx of counterfeit pharmaceutical products, Otu said the agreement officially kicks off; Nigeria would definitely have an influx of all manner of goods with questionable quality from African countries.

Citing a survey conducted in June last year, showed that 21 percent of a drug called oxytocin, was shown to be substandard. And this hormone drug is usually required by women at the point of childbirth, “that is a huge problem when you have an influx of such commodities coming into Nigeria with our already existing issues.

He maintained that the Federal government must recognize the importance of IP, and the role it plays in driving and boosting the economy as well as protecting the rights of people when the free trade agreement is eventually implemented.

Also speaking, Michael Ubaka, a Senior lecturer & Supply Chain Consultant, Department of Clinical Pharmacy, University of Nigeria Nsuka, UNN, said despite the fact that Nigeria has the largest sector in West Africa, it does not produce up to 1 percent of the generic medicines in the world and 90 percent of the raw materials in making medicine in Nigeria are imported.

“The whole objective of the agreement was to create a single market that would also unify the customers as well as bring about global competitiveness and get a lot of people out of poverty.

“IP policy should really focus on improving enforcement of intellectual property rights, and also improve being good marked by conversations between not just those who are doing research but also those who are manufacturing, making that route to market a little bit smoother.”

“COVID-19 has shown that imports can actually be cut off, hence the need to look inwards,” he said.

Chukwuma Muanya, Science and Health Editor of the Guardian Newspapers, who spoke from the media perspective, expressed the need for training and retraining of journalists on public relation reporting as they cannot do much if they don’t have the required knowledge. 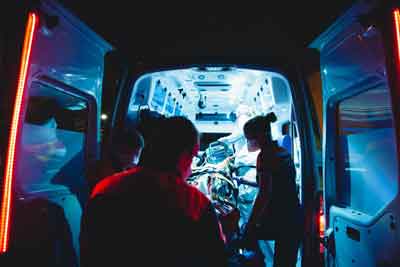 Have You Recently Suffered A Bad Injury? Here’s How To Deal With It

Healthy Living – How Exercise Works to Improve Your Health