Do you want to drive in luxury like a star? Have you always wanted to feel rich and powerful or do you just want to be like the king and rock & roll? Then there is only one luxury car that can help you get you there, enter the classic Lincoln Continental.

The Lincoln Continental had its claim to fame as one of the most sought-after rides in the 1950’s. With its $ 10,000 pricetag, it rivaled that of Rolls Royce as one of the most expensive cars in the world. Now why would the Lincoln Continental exude such an aura? Well, this was the car that chauffered the rich and the famous, back in the 1950s. Thus, it’s safe to say that only the chosen few could afford it. These lot came in the persons of the Shah of Iran, Nelson Rockefeller, Frank Sinatra and Henry Kissinger, among others.

Aside from wealth, the Lincoln Continental also exhibits a certain air of “power.” You see, back then, in the 1960s it was the parade limousine of then-president John Fitzgerald Kennedy. The limousine, codenamed SS-100-x, was custom-built by Hess and Eisenhart of Cincinnati, Ohio from a 1961 Lincoln convertible. Sadly, though, the Lincoln Continental was also the car that JFK was assassinated in, in 1963. But even after that tragedy, the Lincoln Continental still continued to serve the White House for many years as the official ride of the most powerful men in the United States.

Aside from all the rich and famous that owned it, the Lincoln Continental was also special because it has a unique design and the highest quality control that was ever seen in the automotive industry. The classic car was assembled mostly by hand and was made of top-of-the-line materials. The continental was only sold for a continuum of two years with only 3,000 units built. Because of its sticker price, which was only affordable for the rich and famous, and because of the tales of dealers that discourage potential buyers who were not deemed fit to own a Continental, this luxury car soon became a mythical fixture in the industry.

With all its historical and cultural value, the Lincoln Continental is one of the most sought out luxury cars of its time. And good news to all who want to ride it, you don’t need to look hard for the car, you don’t even need to buy it. Lot of luxury and classic car rentals abound. Just visit the websites and search the car you want to rent. They’re all there, the models, the rates, rental policies and reservations. So start booking your reservations and start practicing that smile and that wave of the hand in the process. Because on board the Lincoln Continental you’re the celebrity. See you in Las Vegas. 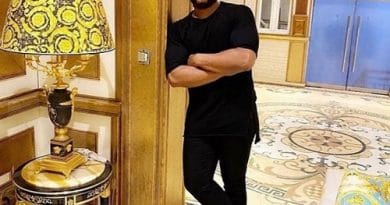 Don’t Waste Your Money Voting For These Three Lockdown Housemates, They Are Loaded 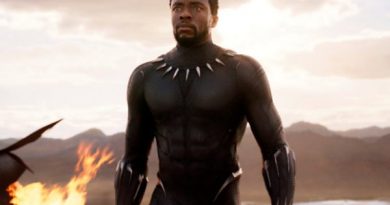 The Story Of Chadwick Boseman, The Brave ‘Black Panther’ Who Starred In 9 Movies While Hiding Cancer Battle