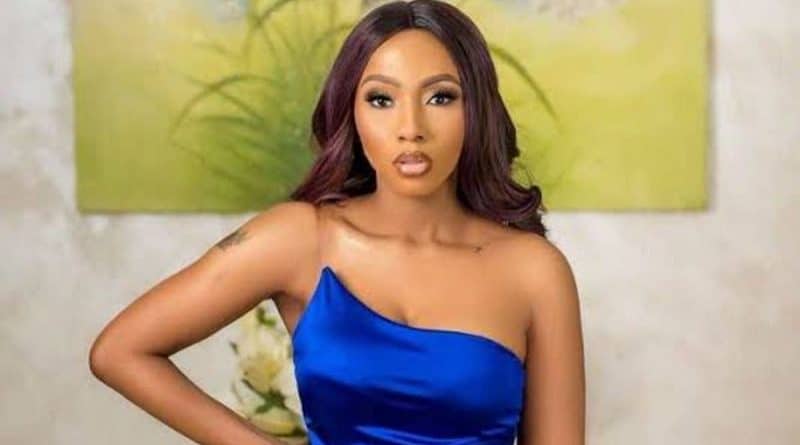 Entertainment
June 24, 2020June 25, 2020 Stan 0 Comments
Shares3LinkedInFacebookTweetPin
LiveChat will greatly increase the number of your satisfied customers. I've already tried it and I can recommend it as a go-to customer service tool! Sign up today for a free trial!

On Tuesday’s episode of the BBNaija reunion show, Mercy Eke opened up on how fans made her let go of new deal with a champagne company.

The curvaceous reality TV star said she bagged an endorsement deal with champagne brand, Moet and they had already paid her the agreed amount even before she signed the official contract.

All of these happened on a Wednesday and she was supposed to start the activation of the deal on Thursday which was the second day.

Unfortunately, the company worker called told the fan that Mercy had no deal with the company and would not be attending the said party.

After the call, the fan was reported to post the information given on the internet and making internet users troll Mercy.

According Mercy, that did not go well with her.

”Immediately I saw that, I called Chief Priest and told him what was going on on the internet and we decided that if the company say they do not know me, me too do not know them. I told the company that if I was going to go ahead with the deal, they should release an official statement saying that they know me and to also apologise.

“My management made me return the money because, they refuse to apologise and the damage has been done.”

That was how the deal flopped.

Mercy also said the feuds between housemates is unhealthy and she is not here for it.

Thelma cleared the air regarding the brand new Mercedes Benz car she received at her meet and greet party.

Read Also: “A Thousand Of You Cannot Release Any Man I Snatch This Year” – BBNaija Star, Khloe

According to her, the luxurious whip was from a mouth-watering endorsement deal she bagged at the event.

Jackye and Omashola addressed their fall-out, saying they had already reconciled.

“Sometimes spoil urself, no be every time you go they work like Jackie.“

His fellow former housemate, Jackye thought Omashola was shading her and she took to her Twitter page to drag him.

“To be the gr8tst u’ve 2keep working, innovating & creating valuable solutions not wasting ur time balling, u’ll end up as a 40years old man with no wealth. PS: u haven’t made since u left BBN 5% of profit I’ve made this February on a project #techmoney #noiseless #checkthestats,” she tweeted.

During the reunion show, Jackye said Omashola is her brother and they are passed the fight that happened between them.

Omashola revealed the first day he saw Jackye after they had their fight, they simply hugged and forgot about the whole thing.