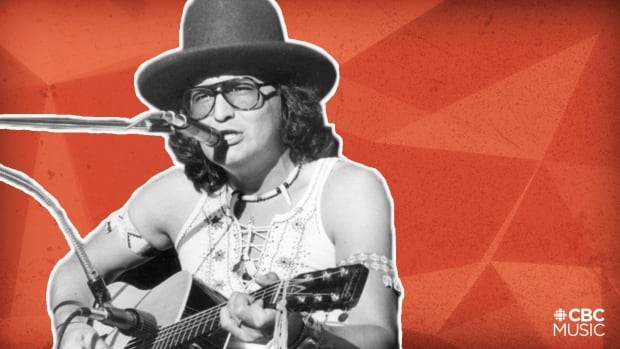 Elaine Bomberry distinctly remembers watching Shingoose perform at the Mariposa Folk Festival in 1976 when she was just a teenager. Her parents had corralled her and her siblings — “us rugrats” — to watch, and she was in awe.

“I was actually starstruck to see our own people onstage and performing because I hadn’t seen that before,” she remembers, over the phone from her Vancouver home nearly 50 years later. “The only act I had seen was on television, Redbone, on the American late-night variety show The Midnight Special, singing ‘Come and Get Your Love.’ As a teenager I was like, this is so cool. And fast-forward years later, I got to meet all of them.”

Bomberry and Shingoose became good friends, and would go on to work together some 20 years later.

Curtis Jonnie, known universally as folk musician Shingoose, died on Jan. 12 due to COVID-19 complications. The groundbreaking Ojibway musician was 74 years old, and had been living at the Southeast Personal Care Home in Winnipeg after suffering a stroke 10 years ago.

From Roseau River Anishinaabe First Nation in Manitoba, Shingoose was adopted by a Mennonite family and began singing in church choirs. He moved to the States as a teenager, beginning his storied career south of the border. He signed to ABC Records in Washington, D.C., in 1969, which is how he eventually met Bruce Cockburn, John Lennon and Jimi Hendrix. Shingoose moved back to Canada in 1973, and lived the rest of his life here as a musician and activist. He was inducted into the Manitoba Music Hall of Fame in 2012 and was nominated for a Grammy Award in 2016 as part of the Native North America, Vol. 1 compilation.

CBC Music reached Bomberry, an artist manager and award-winning radio and TV producer, last week to talk about her friendship with Shingoose, and the importance of his legacy. Read an edited and condensed version of that interview below. 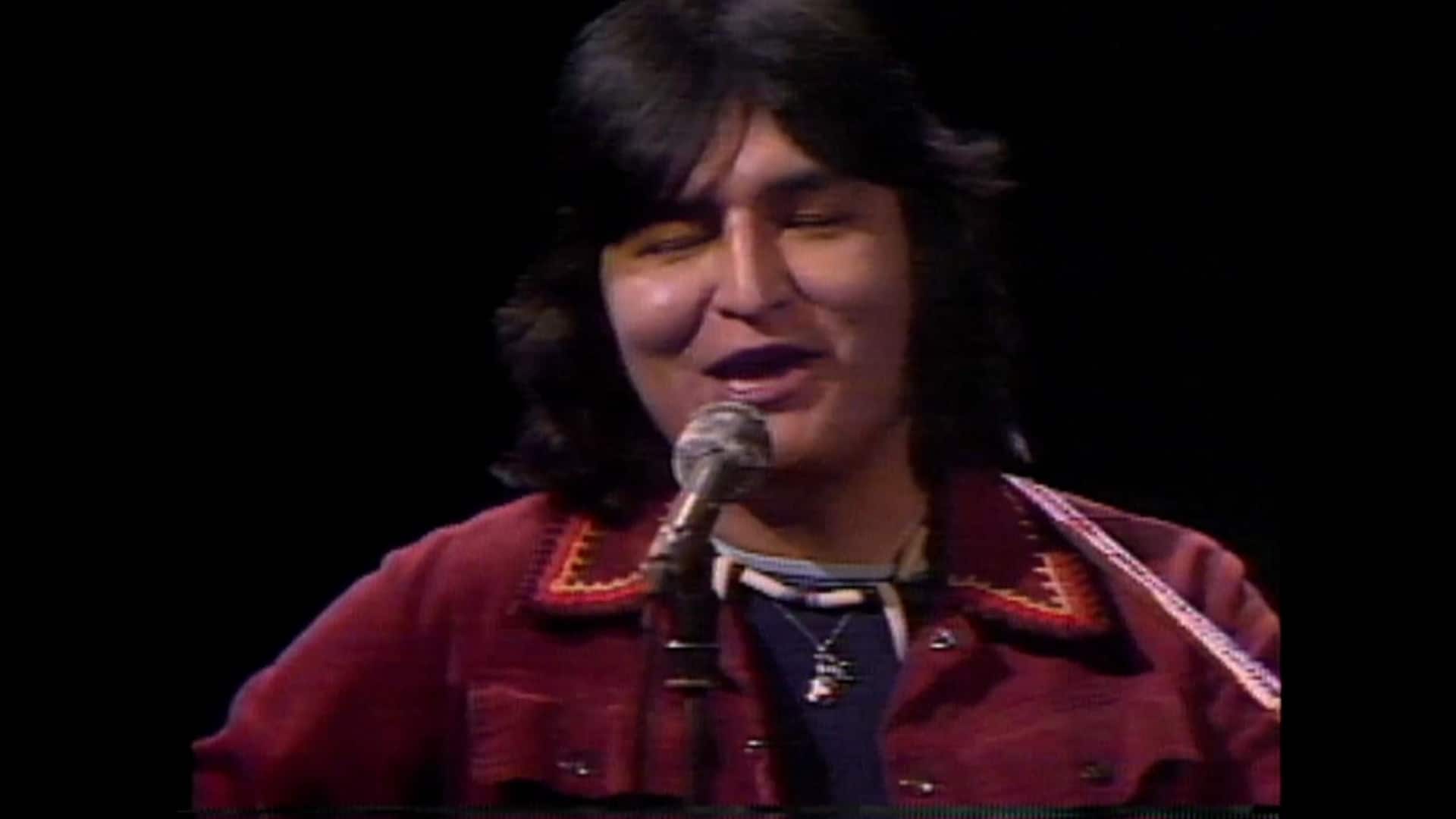 When Bomberry first saw Shingoose onstage all those years ago, she knew she was watching an artist ahead of his time.

“He was already starting to sing about protecting Mother Earth, you know, the water and being kind to one another, respecting our women and all of this. He was one of the first ones to start singing like that. There was a wave of folk musicians who were starting [in the ’60s and ’70s], like Buffy Sainte-Marie and Tom Jackson, David Campbell — they were all part of that first wave of folkies who were really singing songs of consciousness, of both the Earth and ourselves.

“He was part of that wave.”

Shingoose’s catalogue of work is vast, ranging from albums to engineering to TV production work. After returning to Canada in the early ’70s he created a short-lived label, Native Country, on which he released his first album of the same name, featuring contributions from Bruce Cockburn. Shingoose co-founded Native Multimedia Productions a decade later with Don Marks, and he would go on to create Indian Time, a variety show that first aired in 1989.

“It was great, it was like the very first Indigenous variety show I had ever seen. Our most well-known comedian at the time, who’s now since passed, Charlie Hill, was on it. Buffy Sainte-Marie, Laura Vincent, who’s a country performer from Alberta. And they did little skits. Shingoose had Buffy play a harried housewife. You know, to see her do something like that was totally out of the ordinary, to see her do sketch comedy, it was brilliant. And then he also did an Indian Time 2. And again, along the same lines and more music-based this time, but I was there for the taping of the second one in Winnipeg.”

According to a recent article in the Winnipeg Free Press, Shingoose had wanted to reproduce Indian Time in 2021.

Bomberry, born and raised in Toronto, was in her mid-20s when she met Shingoose off the stage, through her work volunteering at her Six Nations community radio station. Shingoose had just moved to Toronto to work for the Canadian Native Arts Foundation. But they really started working together in the ’90s when Bomberry asked him to help her create the Indigenous category at the Juno Awards. At the time, she was jurying a world music category.

“I [was] feeling really frustrated because there were two Indigenous artists that submitted in that world category that year and it was Kashtin and the Seventh Fire band. And I said, well, their music doesn’t belong here. And the chair of the academy at the time was sitting beside me and she encouraged me to start the category. That’s when I went and got a hold of ‘Goose, too. And I said, hey, you’ve got to help me with this. Let’s do this.

“And he was all over it and said, yeah, we can do this, we can do this. So I got the number of [Indigenous] recordings, and then he talked about the current state of Indigenous music. And then a few days before our presentation [to the Junos], we heard from Buffy Sainte-Marie and they’re old friends, they’re in the biz, you know, they shared many stages together over the years. So for me to go into their circle, I was like, wow, I was totally honoured.”

Bomberry, Shingoose and Buffy Sainte-Marie successfully lobbied for the Indigenous category at the Junos — at the time called best music of Aboriginal Canada recording. Read an oral history of that category’s creation, as written by Andrea Warner.

“After that, Goose and I worked together and we helped establish an Aboriginal Music Project Office in Toronto, and were able to train some young people on the jobs to do. So we did showcases through our music office and we existed for about three years, I believe, three or four years before all our funding went away. But we always kept in touch, you know? And ‘Goose, when he would move around and stuff, would always stay in touch with me and whatnot. So when he got his stroke 10 years ago, it was just such a shock.”

Bomberry saw Shingoose once in the last decade, at the OSHKI Awards in Winnipeg in 2015.

“He was already in a wheelchair and his arm was already curled up. But he was still able to talk. It was nice just to be able to hug him. But just to see that, you know, this once strapping, tall man become a man in a wheelchair, it was really sad.

“It was really sad to hear [of his death], that’s a huge chapter closed on the Indigenous arts and entertainment scene.”

“I think ‘Goose was a real entertainer. And he was nothing but encouraging, encouraging to so many people. If you were a performer, he’d boost you up or if you wanted to get behind the scenes and stuff, he would encourage that. Because he had done it all, he had been a producer, he had been onstage, he’d been behind the scenes. He toured, and he played in mainstream circles, too, in the early part of his career. So he had all that experience and he was just very generous, sharing his knowledge and inspiring other up-and-coming Indigenous musicians, and behind-the-scenes people.

“He was just a real class act.”