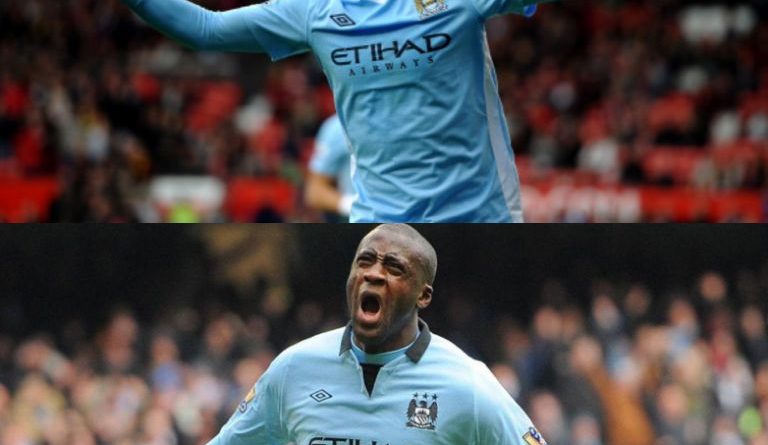 Manchester City on Monday announced that their Retired Spanish playmaker, David Silva will be duly immortalized with his statue outside the Etihad Stadium, and it sparked Social Media remonstration in the African timeline with fans demnding that Ivory Coast legend Yaya Toure be so honoured too, Completesports.com reports.

Silva played his last match for The Citizens in their Saturday’s 3-1 defeat to Olympique Lyon, marking the club’s third consecutive exit in the quarter-finals of the Champions League.

He played a total of 436 matches in his 10-year stay during which he won four Premier League titles, five EFL Cup and two FA Cup titles.

Silva and former captain, Vincent Kompany’s statues will be unveiled at the Etihad Stadium next year.

“David Silva is a transformational player; a quiet leader who has acted quietly and deliberately and inspired everyone around
him, from the youngest academy player to his senior team-mates over the past 10 years,” Manchester City chairman Khaldoon Al Mubarak said.

“He has put a stamp on the team, on this club, its history and even the Premier League as a whole. In doing so he has been instrumental to the beautiful football philosophy you see today. He was the start of it.

“AS with Vincent before him, David’s statue will act as a lasting reminder of the wonderful moments that he gave us, not only as an incredible footballer, but as an inspiring ambassador who represented this football club with great dignity at all times.”

Meanwhile, Monday’s confirmation that Silva’s statue will take pride of a place at the Etihad alongside Kompany’s prompted a section of fans to reflect that City legend, Toure, deserves same honour from the club.

Toure trended on the Social Media on Monday, with the disenchanted fans directing their sticks at Manchester City chiefs for berating the Ivorian’s long service and contributions during his eventful eight years at the club.

Toure played for City from 2010 to 2018 . He scored 59 Premier League goals and made 35 assists in 230 appearances to help the Sky Blues win it three times. He also one FA Cup, two League Cup titles, a Community Shiled, among others.