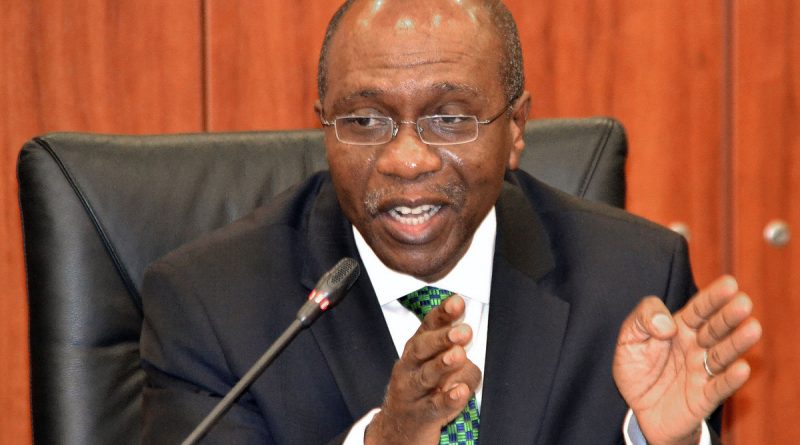 A member, Monetary Policy Committee (MPC), Sanusi Aliyu Rafindadi, who made this known in a note released by the apex bank, said reports of the implementation of the CBN’s COVID-19 intervention had shown significant progress in disbursements.

Over N152.9 billion (or 15.2 per cent) of the N1 trillion targeted support for the manufacturing sector has been disbursed.

Additional 16 applications for N67.413 billion were under processing. Of the N50 billion Targeted Credit Facility for Households and Micro, Small and Medium Scale Enterprises(MSMEs), N49.195 billion has been disbursed to 91,736 beneficiaries, while N1.5 billion was disbursed to 169 beneficiaries under the Creative Industry Financing Initiative.

Rafindadi explained that given that these facilities were given at five per cent interest rate, successful and timely disbursement of the entire N3.5 trillion would go a long way in providing the needed low-cost liquidity to businesses and households as the economy gradually re- opens.

“Inflation is forecasted to continue on its upward trend throughout 2020 due to the rising exchange market pressure, higher food costs due to the supply chain disruptions, the continued closure of all land borders, insecurity in the food-producing areas, and higher transport costs,” he said.

Global trade volumes, which has started to recover, is projected to decline by between 11.4 per cent (OECD’s forecast) and 20 per cent (UNCTAD’s forecast) in 2020.

“Global exports and international travels are likewise expected to decline by 11.5 per cent in the possible event of a second-wave of the COVID-19 infection. Key implications of this development for the domestic economy includes lower fiscal revenue, current account balance and foreign exchange receipts, with a potentially adverse effect on public debt, exchange rate stability and external reserves accretion,” he said.

Consequently, global monetary policy has continued to be generally accommodative to provide liquidity to businesses. At the same time, fiscal injections target households to provide relief against the job and income losses.

Although new data is not available yet, the monthly Purchasing Managers Index (PMI) and Industrial Production Index (IPI) for April, May and June suggest that output is expected to fall during the second quarter of the year.

Rafindadi explained that although below the break-even point of 50, the monthly Manufacturing and non-Manufacturing Employment Level indices have both improved in June.

The IPI for 2020Q2 declined by 8.8per cent compared with first quarter due to contraction in manufacturing, mining, and electricity production. Staff estimates show that the domestic output gap continues to be negative at 2.35 per cent in 2020Q1, indicating room for non-inflationary output growth.

Although the international price of crude oil increased steadily since April, domestic oil production declined by 13.14 per cent from 1.75 mbpd in May to 1.52 mbpd at the end of June in compliance with the OPEC+ production cut agreements and the shutdown of offshore Bonga oil field.

Available data showed that while the actual oil price was above the revised fiscal benchmark of $28pb, the actual production during the quarter remained below the revised fiscal benchmarks of 1.8 mbpd. Consequently, fiscal (oil) receipts for the quarter are likely to fall below the budgeted, with possible adverse implications 48 on the level of public sector borrowing requirements amidst a rising public debt. Also, accretion to external reserves and excess crude accounts would be adversely affected.

“Inflation data from NBS shows that the upward trend in the headline inflation (y- o-y), which started since September 2019 when all the land borders were closed, had continued. In June 2020, headline inflation rose to 12.56 per cent (y-o-y) from 12.4 per cent in May 2020 due to increase in both food and core inflation. These increases are the highest since April 2019, reflecting the effect of the COVID-19 containment measures,” he said.