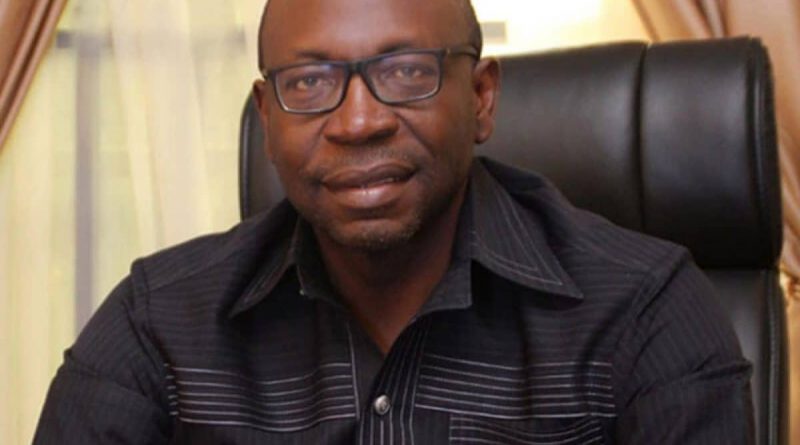 Politics
May 28, 2020May 28, 2020 Stan 0 Comments
LinkedInFacebookTweetPin
LiveChat will greatly increase the number of your satisfied customers. I've already tried it and I can recommend it as a go-to customer service tool! Sign up today for a free trial!

Pastor Osagie Ize Iyamu, the governorship aspirant of the All Progressive Congress(APC) in Edo state says the national chairman of the party, Adams Oshiomhole does not belong to any faction in the party.

He further added that it will be wrong for anybody to assume the party leaders who do not want Obaseki back are responsible to Oshiomhole, adding that these same party leaders brought Obaseki out of nowhere to be governor and also have the right to look elsewhere if they feel unsatisfied with him.

He made these remarks while speaking on Channels television during a live program tagged ‘politics today’.

“Yes, Godwin Obaseki, the governor of the state, wants to come back as governor. And yes, a lot of the leaders of the APC in the state do not agree with that but that does not mean that those who do not agree with him belong to a faction led by the national chairman.

“It is the governor who has said hos second term is non-negotiable, I am surprised because he is now bringing God into it because a man who says my second term is non-negotiable is telling you that even God cannot interfere, that is second term is beyond God, it is beyond party and nobody can say anything about it and maybe they are that’s the crux of the problem because he believes he has come to a position where nobody can even suggest to him that he cannot come back but it doesn’t work in Edo state and the party that put him there has a right to determine who will go there again and the exercise must be a transparent one.

“So, the so-called suggestion that the president said that they have the right of first refusal is false, there is no such statement, please.

“One thing I find wrong is trying to bring in the national chairman into it because of the leaders we have in Edo state are leaders who are strong in their own right and if they believe that the governorship of the party cannot be the birthright of the incumbent governor, it will be very wrong for anybody to suggest that they are doing belong to Adam’s Oshiomole’s faction. They brought him from nowhere before so they have a right to say that they want to look elsewhere.”

Earlier, Ize-Iyamu had told reporters that it was better for the party to change administration in Edo than lose the election.

“We mean well for our state. We are not looking for positions simply because we need to look for something to occupy us,” he said.

“Even though what we have now is an APC administration, we are not too happy with the pace of development.