A round-up of Nigeria-eligible players that were in action for their
respective clubs in the English Premier League on Saturday, September 11, 2021.

Former Celtic striker Odsonne Edouard was the star of the show, scoring a brace after coming off the bench in the closing minutes after Wilfried Zaha had given the Eagles the lead on 76 minutes.

Tottenham Hotspur’s Nigeria-eligible center back Tobi Omole, 21, remained rooted to the bench in the lunchtime kickoff.

At St. Mary’s Stadium, it finished in a scoreless draw between Southampton and West Ham United. Nathan Tella was a non-playing substitute for the Saints.

Goalkeeper Arthur Okonkwo and striker Folarin Balogun were on U23 duties against Manchester United in the Premier League 2 this afternoon so were left out of the Gunners matchday squad.

Bernardo Silva’s 62nd minute strike was enough for the champions Manchester City to secure all three points against Leicester City at the King Power Stadium.

On their return from Super Eagles duty, Wilfred Ndidi went the full ninety for the Foxes and Kelechi Iheanacho subbed in at minute 73, same minute Ademola Lookman replaced Harvey Barnes for his Leicester City debut.

Three minutes after the restart, Ndidi thought he bagged his first assist of the season when he slotted a ball through to Vardy, who rounded Man City’s goalkeeper and finished into an empty net but the goal was disallowed after a VAR review.

Oghenekaro Etebo, William Troost-Ekong and Emmanuel Dennis all started as Watford were beaten 2-0 by Wolverhampton Wanderers at Vicarage Road, their third successive loss in the top-flight.

A Francisco Sierralta own goal and Hee-Chan Hwang’s strike earned Wolves their first win of the season.

Etebo was walking a disciplinary tightrope after he was shown a yellow card in the 13th minute and was substituted in the 77th minute. Dennis was booked too, in the 69th minute.

Cristiano Ronaldo (2), Bruno Fernandes and Jesse Lingard were the scorers for Manchester United in a 4-1 rout of Newcastle United at Old Trafford.

Shola Shoretire was on duty with Manchester United U23s in the Premier League 2 this afternoon and was not available for first team selection. ‘He was pretty hard on me’ – Brentford’s Onyeka blasts Man Utd midfielder over late tackle :: All Nigeria Soccer 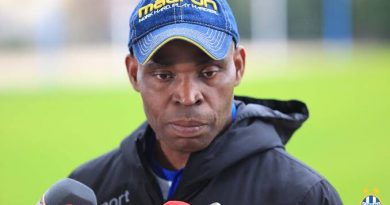 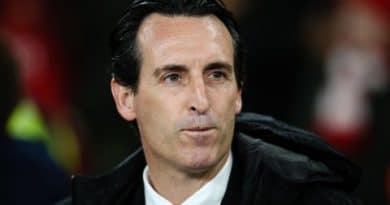