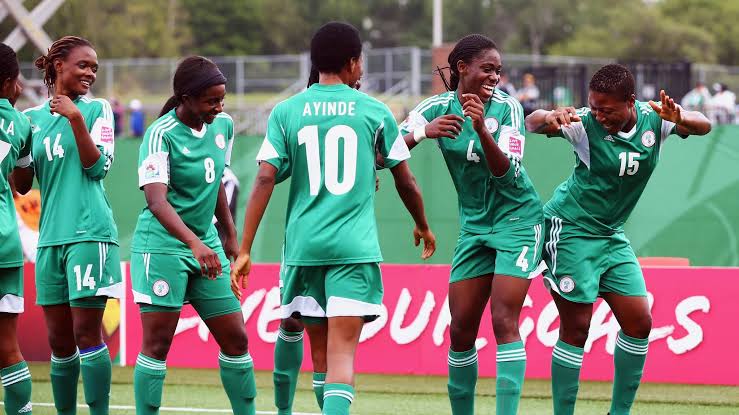 Sport
June 24, 2020June 24, 2020 Stan 0 Comments
LinkedInFacebookTweetPin
LiveChat will greatly increase the number of your satisfied customers. I've already tried it and I can recommend it as a go-to customer service tool! Sign up today for a free trial!

It’s been nine months since the country’s national female football team last had a head coach, a situation which does not reflect well the volume of quality coaches that abound in the country

Godwin Izilien, former Super Falcons Coach, has implored the Nigeria Football Federation (NFF) to prioritize getting a domestic coach for the senior women national team and abandon the search for a foreign coach.

The Super Falcons have been without a substantive coach since the exit of Thomas Dennerby last September. The team crashed out of the Olympic Games qualifiers a month after the Swedish manager quit his post.

Dennerby took up the job of Super Falcons coach in January 2018 and led Nigeria’s Senior Women’s National team to the 2018 Africa Women’s Cup of Nations (AWCON) title in December 2018.

He was named the Best Female Coach of the Year at the 2019 NFF Awards.

In 2019, he led Nigeria to the knockout stage of the 2019 FIFA Women’s World Cup, which was held in France.

Since the Swedes’ departure, the Super Falcons are yet to have a head coach, with the NFF insisting that they plan to appoint a world-class coach for Nigeria’s senior women’s team.

But Izilien, who guided the Super Falcons to glory at the 2014 AWCON, has tasked the NFF to look towards the domestic scene for a coach for the women’s team as that would be the best football decision under the current economic climate.

“I don’t know why the NFF is still focused on getting a foreign coach for the Super Falcons,” the Guardian quotes Izilien.

“We have quality coaches in Nigeria that can build the team.

“Spending money to hire a foreign coach at this COVID-19 period, where the economy is not friendly is not necessary.

“If a domestic coach had abandoned the Falcons the way the foreign coach did, the NFF would have been working towards arresting and prosecuting the coach.

“There are good coaches experienced enough to lead the Falcons.

Izilien is a veteran coach with an impeccable track record, having also led Nigeria’s national U-17 team, the Golden Eagles, to triumph at the African Championship in The Gambia in 1995.

Izilien has refused to rule himself out of the running for the vacant post of the Super Falcons’ head coach, but he maintains he won’t apply for the job.

“As for me, I cannot apply for Falcons job after my experience with the team.

“Winning a gold medal in South Africa 2014 Africa Women Championship with my team scoring goals and conceding less throughout the championship is a great achievement for me. But if I am called to assist in any capacity, I will oblige. Nigeria is my country.”