This is the latest installment of the DTC Briefing, a weekly column from Glossy sister site Modern Retail about the biggest challenges and trends facing the volatile direct-to-consumer startup world.

Eight years ago, startups turned to Shopify primarily to sell products online. But over the past several years, Shopify’s ambitions have grown beyond e-commerce software.

Now, a startup might turn to Shopify to help fulfill orders, get some cash for their business or use its point-of-sale system when it opens a physical store. As the startups that launched on Shopify, like Allbirds and Glossier, have grown up, Shopify’s influence over the e-commerce ecosystem has ballooned.

The company is currently at an inflection point. The bigger that Shopify gets, the more calls the company faces for it to launch services that solve the biggest pain points of its merchants — like a marketplace or an advertising platform to rival the services DTC brands want to quit but can’t, like Amazon and Facebook. But by doing so, Shopify risks diluting its focus away from its bread-and-butter software-as-a-service platform. And, while some DTC brands might welcome a Shopify marketplace or for Shopify to start investing in some startups, the reality is that the more services Shopify launches, the more they risk becoming over reliant on Shopify.

In addition to its e-commerce software, Shopify’s offerings now include its point-of-sale system (launched in 2013), its digital wallet, Shopify Pay (launched in 2013), interest-free financing called Shopify Capital (launched in 2016) and Shopify fulfillment services (launched last year, though still not available to all merchants). Investors and analysts Modern Retail spoke with said that they don’t think startups risk becoming too reliant on Shopify, yet. The biggest risk for Shopify (and for merchants) is if Shopify gets into a position where either companies feel like Shopify has too much ownership over various customer data, or over which brands succeed on its platforms. That means that Shopify also has a fine line to toe as it considers what new products and services to launch — while Shopify could rake in a lot of money by launching a marketplace, it could also irritate existing customers if they feel like it favors one set of merchants over another.

Shopify, of course is tight-lipped about its future plans. But in an email to Modern Retail, Satish Kanwar, vp of product for Shopify, said that in regards to how Shopify goes about product development: “Every product decision we make ultimately ladders up to our mission of making commerce better for everyone… This means democratizing access to the tools [brands] need most to succeed, including fulfillment, access to capital, money management, sales and marketing channels and more.”

Jason Goldberg, chief commerce officer at Publicis, told Modern Retail that there’s always a risk of becoming too reliant on any vendor, but “in general the risk is far less to have your business on Shopify than it is on Amazon.”

The go-to partner for DTC brands
Shopify’s reputation as a merchant-friendly platform has been beneficial as its launched new services. Take Shopify Capital. Helena Price Hambrecht, co-founder of aperitif brand Haus, previously told Modern Retailthat she decided to turn to Shopify Capital when her company was looking for financing because, “the fact that we’d already had such a great experience with Shopify’s product totally de-risked the decision for us.”

The addition of services like Shopify Capital, the fulfillment network, and its enterprise-level offering, Shopify Plus have been part of Shopify’s quest to grow up alongside the startups that launch through it. But in trying to satisfy both entry-level startups and enterprise-level customers, Shopify isn’t always able to meet everyone’s needs.

“A merchant will start on Shopify, and out of the box, Shopify does have reviews, has shipping calculations, but as they scale they need a bit more robust features in those things,” said Mark William Lewis, founder and chief technology officer at the e-commerce agency Netalico. He cited YotPo for reviews and ShipperHQ for shipping calculations for DTC brands. When asked what he thought about the risk of Shopify merchants becoming too reliant on the platform, he said: “I think that’s what Shopify would like to happen — I don’t think it’s there yet because as merchants scale, they still use so many different SaaS products.”

Another challenge that Shopify has to contend with is continuing to keep more users within the Shopify ecosystem. In April, Shopify also launched a new mobile app called Shop — a rebrand of a package tracking app — that allowed users to also follow brands they had previously bought from. Shopify CEO Tobias Lütke said during the company’s third quarter earnings call that the Shop app now has nearly 10 million monthly active users.

That launch led to a lot of buzz among merchants that Shopify may eventually turn the Shop app to a marketplace, now that it has a property that millions of shoppers are now actively using.

Mike Duboe, general partner at venture capital firm Greylock, said that one of the biggest opportunities that he think Shopify has yet to get into is generating traffic for merchants. And he doesn’t necessarily think that Shopify necessarily needs to launch a marketplace in order to do that.

“I think the biggest opportunity ahead of Shopify is to eat into the revenue that is spent on Facebook Lookalike Ads basically,” said Duboe. “I view [the Shop app] as potentially a baby step down this path of building an ads marketplace,” he added.

When asked about whether or not Shopify would consider launching a marketplace, Kanwar declined to answer directly, but said: “We believe merchants should have direct relationships with their customers, and everything we do is in pursuit of enabling that.”

Goldberg echoed Duboe’s belief that he thinks that one of the biggest untapped opportunities for Shopify is generating more traffic to its merchants’ website. He also thinks that there is more opportunity for Shopify to get more into financial services, like accounting software, as well as third-party analytics tool. He also believes that Shopify Pay’s success has been underrated — “they’ve quietly are starting to capture a meaningful share of payment processing,” which could put Shopify in a position to take more revenue from brick-and-mortar merchants, if more of them start accepting Shopify Pay.

Duboe said that as Shopify starts to expand its ambitions, no matter what services it launches, one of the things it has to be careful of is that its merchants don’t feel like Shopify is starting to take on a growing role of kingmaker.

“If it feels like Shopify is using deep data across merchants in a way that feels like it could create more competition than merchants have signed up for, then that would be a reason for merchants to become a little more skeptical.” But for now, he said: “the fact that their customer is the merchant, and not the end customer is a simplifying statement here… I think they’re still very merchant friendly.” 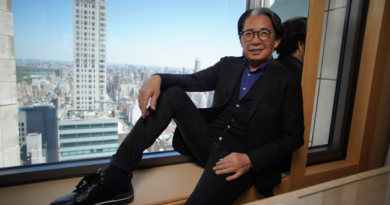 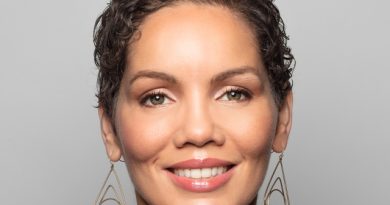