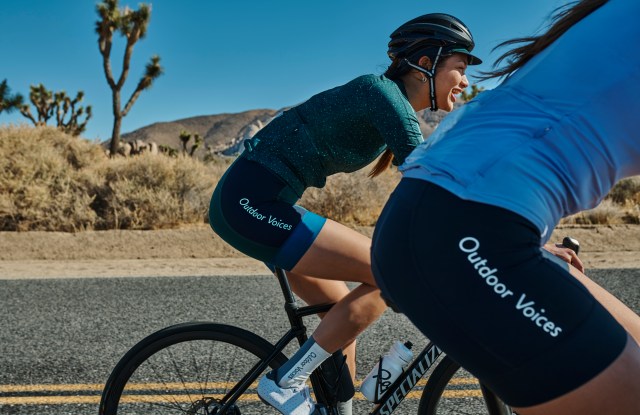 Outdoor Voices is finally in the black.

After a period of turmoil and escalating losses punctuated by the resignation of its founder and chief executive officer early last year — following a reported rift with then-board member and early investor Millard “Mickey” Drexler — its chairwoman says the ship has been righted.

In June, Ashley Merrill, founder and CEO of the high-end sleepwear brand Lunya, joined Outdoor Voices as chairwoman of the board. Her investment fund, NaHCO3, also offered up a round of funding, believed to be less than $10 million. Since that time, OV has concentrated on the unsexy end of the business, focusing primarily on processes, operations and supply chain improvements, according to Merrill, who called 2020 the “Foundation Setting Year.”

“OV has been through a lot,” she said. “It’s a beloved brand with a message and a mission that people wanted to get behind.” But the question in her mind was: “Can we build a business operationally that is worthy of this brand.”

Although OV had created a community of loyal fans since its founding in 2014, it was bleeding cash, losing up to $2 million a month, according to media reports, and its valuation had dropped to $40 million last year, from $110 million in 2018. The New York Times uncovered a prospectus that showed the business lost $19 million on an adjusted basis in 2018 when sales were $38 million and a projection that losses would continue through 2021. The company expanded too quickly and wound up having to terminate employees, close its New York office and put the brakes on store openings as it sought additional financing. Since its founding, it has raised more than $64 million in funding from General Catalyst, Forerunner Ventures, GV and Drexler Ventures, the family investment firm of Mickey Drexler. 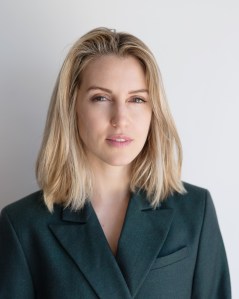 Merrill declined to confirm these figures or provide updated numbers for the private company, but said the business managed to post its “first profitable month ever” in June 2020 and has been profitable every month except one since then.

And while she would not go so far as to provide projections for 2021, she said: “We’re on a profitable path and we’re feeling optimistic that we’ll be able to continue on that path.”

She also said that for the past five years, revenue has increased more than 50 percent a year, while EBITDA margin has improved by 65 percent.

Merrill became unofficially involved with the company as early as March — founder and CEO Ty Haney officially revealed her departure in February — and “rode the wave through COVID-19’s ups and downs.” In addition, she said the inner turmoil the brand was experiencing also took its toll.

“We had to be sure we had the right people in the right places and set them up to succeed,” she said.

Merrill would not say how many employees OV had before she joined or currently has, responding to the query this way: “There were certainly some layoffs to get the company to a healthy place, but there were some new hires as well.” One of those is Sabrina Hally, OV’s new head merchant who spent five years at Lululemon before joining in July. She holds the title of head of merchandise and planning.

“We hadn’t had a head merchant in ages,” Merrill said. Although Hally’s impact on the mix won’t be seen immediately because of the lead time required to produce apparel, Merrill is upbeat about her “forward-thinking assortment plan.”

Another change Merrill instituted was to decrease OV’s marketing investments by 60 percent last year. However, she said at the same time, the company managed to increase its customer base by 50 percent as it benefited from the pandemic-fueled demand for comfortable, work-from-home clothes. Margins have also improved, she said.

Despite her achievements over the past several months, Merrill said the plan is still to hire a full-time CEO and the company is close to identifying that person. She said she hopes someone is on board within the first half of the year.

Merrill has continued to run Lunya at the same time, a direct-to-consumer business that has managed to recover since the lockdown last spring. “We had a rocky start after March, but the business has seen an incredible recovery,” she said.

At OV, the bulk of the business continues to be online as well although there are 11 stores around the country that Merrill said are open and operating under individual community COVID-19 protocols. She said the company is still “exploring” opening additional units later this year, although the timing and locations have not been decided. “We’re primarily digital, but people are really enjoying the in-store experience,” she said.

Both in stores and online, Merrill said OV has benefited from consumer demand for comfortable, stylish clothes to wear working from home or spending time outdoors during the pandemic. “There’s definitely been a move toward more casual, comfortable clothes if they’re not going to the office,” she said, adding that the brand also dresses them for hiking, running and road trips. She said OV’s Cloudknit collection of sweatpants, Ts and hoodies has been among the bestsellers over the past few months.

In addition, the in-person events that were a hallmark of the company have successfully moved online and participation has been robust. “We’re seeing a lot of engagement and community interaction,” she said. “COVID-19 has been a forced learning experience for all of us.”

Merrill also said that Haney, who quietly remained with the company in the role of “founder” and is on the board, continues to be involved. “Her creative contributions are still part of the business,” Merrill said.

Looking ahead, Merrill is hopeful that OV will thrive as a more professionally run and better operated company. And she said to also expect more collaborations in the future — OV has had successful capsules with brands including Rapha, Peloton, Hoka One One, Allbirds and others — and some should make their appearance in the “latter half” of this year.