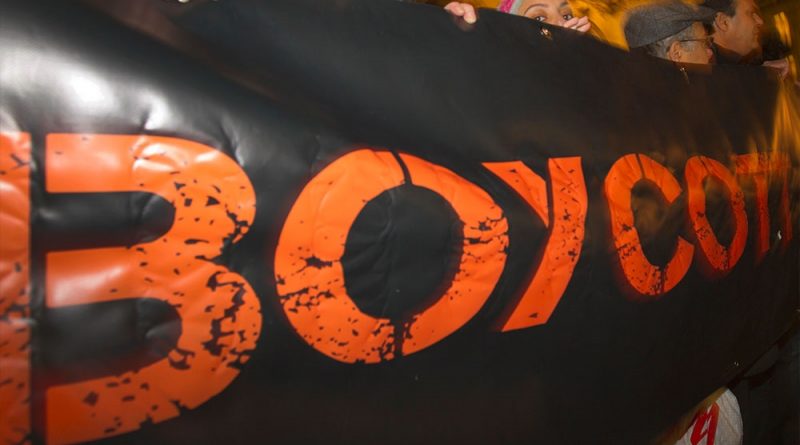 United States civil rights groups announced on Monday that they filed a lawsuit against a public university in the US state of Georgia, after the school cancelled a speaking engagement of a journalist who refused to sign a pledge to not boycott the Israeli government.

In a news conference, officials from the Georgia Chapter of the Council on American-Islamic Relations (CAIR-Georgia), the CAIR Legal Defense Fund and the Partnership for Civil Justice Fund said they filed a free speech lawsuit after Georgia Southern University canceled a talk by Abby Martin, a journalist and rights activist, over her refusal to sign an oath that she would not “engage in a boycott of Israel”.

Martin says she was invited as a keynote speaker at a media conference in Georgia Southern University on February 28.

“As the conference date approached I was told that I must sign a contract pledging to not participate in boycotts against Israel,” Martin said during Monday’s news conference.

“Knowing that this was a violation against my constitutional right to free speech and right to protest, I informed them that I could not sign such a contract. I was then cancelled as the speaker from the conference,” she said.

Martin said that although she has been a vocal advocate of the Palestinian-led Boycott, Divestment and Sanctions (BDS) movement for years, it was not the topic of her speech.

“I was scheduled to give a talk as a journalist about media and media literacy,” she said.

Organisers earlier announced that the conference had been cancelled without providing an explanation. Officials at the university were not immediately available for comment.

In 2016, Georgia Governor Nathan Deal signed into law a bill requiring any person or company entering with the state of Georgia into a contract worth $1,000 or more to sign a pledge not to engage in political boycott of the Israeli government.

Similar measures have been enacted in at least 28 other states across the US, according to Palestine Legal, a US-based legal aid group.

“All these laws are designed to punish people who participate in the boycott of the Israeli government over its human rights abuses against the Palestinian people and coerce others into not joining the boycott,” Edward Mitchell, CAIR-Georgia Executive Director, said during the news conference on Monday.

“This law is blatantly unconstitutional,” he said.

In July, the US House of Representatives passed a resolution opposing the BDS movement. The move followed a similar bill that passed in the Senate, allowing states or local governments to refuse to do business with companies or individuals that boycott Israel.

Critics say such measures violate the right to free speech guaranteed under the First Amendment of the US Constitution, which protects individuals’ right to participate in boycotts as a form of peaceful, political protest.

“A political boycott is the ability of people to come together … to send a political message to another entity that they are not going to buy or trade or use their services because they believe that entity is participating in a violation of civil rights and human rights,” Verheyden-Hilliard said during the news conference.

The BDS movement was launched in 2005 by Palestinian activists as an effort to exert international pressure on Israel over its policies in the occupied Palestinian territories. Supporters say the effort is similar to the anti-apartheid campaign mounted against South Africa in the 1980s and the US civil rights movement of the 1950s and 60s.

Anti-BDS advocates say the movement is anti-Semitic and seeks to delegitimise the state of Israel.

Israel has occupied East Jerusalem, the West Bank and the Gaza Strip since 1967, in a move that the United Nations and much of the international community consider a violation of international law.

The administration of US President Donald Trump, who took office in 2017, has taken a series of measures that have emboldened Israel’s right-wing government, including recognising Jerusalem as Israel’s capital and no longer viewing Israeli settlements in occupied territory as “inconsistent with international law”. 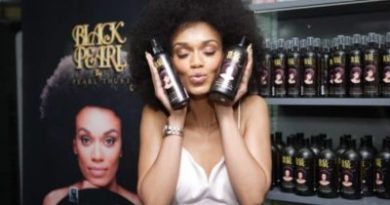 The College Professor and the United States Marine

How Much Does Donald Trump Really Know?