January 2015 marked the entry of Canada’s Express Entry and those looking to call Canada home were either excited or worried. After all, the numbers were not looking good for some, when it took an offer of employment to give you 600 points. January 31st came and the first draw came and the lowest point score was 886 and just over 770 applicants received invitation to apply for Permanent Residence.

Disappointment swept throughout the pool as many people thought they would stay there and drown, then February came and the net went back into the pool and walaah, a whopping 779 swimmers were drawn again, this time the point was lower, just over 800.

Swimmers began to feel hope, maybe this express thing might just work. If the score keep getting lower and lower, it might just be at a comfortable place for those swimmers without a job offer. Many lawyers and consultants were busy preparing themselves for the rush of business that would be coming their way. The phones were busy, people from all over the world wanted to jump in the pool and some experts were all too ready to push them in. They knew the day would come and a score would be low enough for their clients.

Yes, that day came and the score took some people by surprise. “Is that for real one very wide-eyed Consultant asked his assistant, 481 points?” “Yes, Yes” the quick-witted assistant replied. The news spread across Listserv and other communication forums like wild fire, the biggest draw ever and over 1600 swimmers were rescued from the now very crowded pool.

Citizenship and Immigration Canada touted the express Entry to be the fast track to Permanent Residence, those given an invitation to apply had 90 days to submit specific requested documents and booom, in six months or less, the qualified would be given Permanent Residence.

The long-awaited unannounced day came April 10th; this day will be remembered by many, albeit for different reasons. The Minister had good news, he was proud to announce that just three months after the launch of Express Entry, he welcomed three of the first Express Entry candidates. “Did I just hear that right… did he say he welcomed three candidates? Three months equal three candidates – do the math somebody. After three months, of the 6,851 lucky swimmers that were given invitation to apply for permanent residence, the minster was proud to welcome three. Two of the lucky three were students who applied under the Canadian Experience Class and the other under the Federal Skilled Worker stream.

Well, what can I say, three people have been pulled out of the line, and the minister was proud to welcome them and proactive in welcoming “the many more to follow in their footsteps”.

Has anybody else found this to be a tiny-bit concerning or am I just too eager or overzealous to see the real purpose or benefit of the Express Entry. Yes, alright, alright no hate mail please, I get it. Minister Alexander says, “Not too long ago highly qualified candidates had to wait at the back of a very long lineup before being considered for permanent residence”. Am I reading too much into this to think that the minister is of the opinion that the other candidates who have applied under the old system and are currently waiting in line are not “highly qualified?” However, it is still very important to note that there are now three of those people out of the line, but 6,848 are waiting along with those who have been sitting and waiting for many-many months to have a decision made.

I may very well be the only one, who is not at all too thrilled about Express Entry, or at least the timing of its implementation. I would have hoped that the minister would have taken further steps to reduce the backlog of people already waiting instead of making another pile – well might I say another two piles, one still waiting in the pool and the other waiting in the other line, that is “those with invitation” line.

Correct me if I am wrong or I am just too impatient expecting too much of a system that is still experiencing growing pains, but the Express Entry train seem to be off to a very slow start. Enough said, another draw should be around the corner and I am anxious to see the numbers. 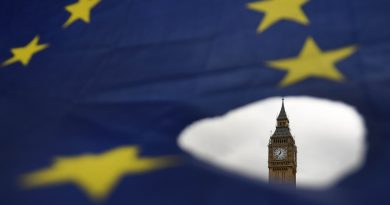