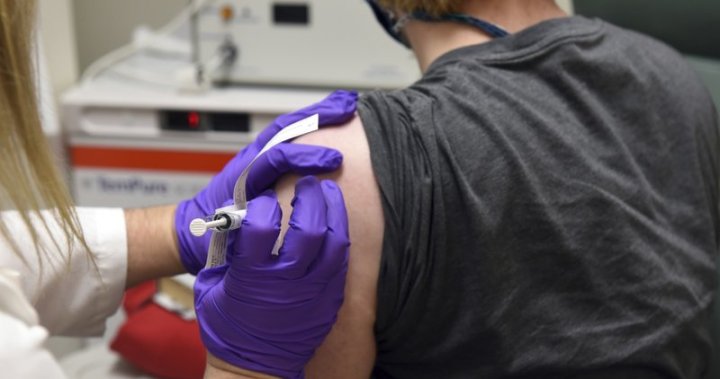 The U.S. Food and Drug Administration beat its own timeline and gave the green light to the Pfizer-BioNTech coronavirus vaccine late Friday, with shipments expected to be sent across the country next week.

The agency announced the approval shortly after multiple news outlets reported the news, citing anonymous sources in both the government and at Pfizer.

The FDA had been expected to give its final approval to the vaccine on Saturday, after an advisory panel recommended on Thursday that the shot be given emergency authorization for use.

That timeline was quickened after both the Washington Post and New York Times reported that White House Chief of Staff Mark Meadows told FDA Commissioner Stephen Hahn he would likely be asked to submit his resignation if approval didn’t come by Friday night. Those reports also cited anonymous sources.

The imminent arrival of a vaccine comes as the U.S. faces the worst surge yet in a pandemic that has now killed nearly 295,000 people and infected over 15.6 million more to date.

The Pfizer vaccine has already been approved by the United Kingdom, Canada and Mexico, with other countries expected to quickly follow. Shots have already been given to people in the U.S., with inoculations expected to begin in Canada on Monday.

About 3 million doses of the Pfizer-BioNTech vaccine are expected in the first shipments around the U.S., according to officials with Operation Warp Speed, the Trump administration’s vaccine development program. A similar amount is to be held in reserve for those recipients’ second dose, which must be administered about a month after the first.

A Centers for Disease Control and Prevention advisory committee is poised to recommend who’s first in line. Expected to follow health workers and nursing homes are other essential workers, older adults and people at high risk because of other health problems. U.S. authorities don’t expect enough for the general population before spring, and that’s assuming there are no manufacturing glitches.

The FDA is unique in analyzing drugmakers’ raw data, a process that takes longer than many other countries’ regulatory reviews. In addition, the FDA insisted that large COVID-19 vaccine studies track at least half the participants for two months to look for side effects, a time period when historically any vaccine problems appear.

President Donald Trump, who earlier Friday complained the FDA was being too slow and compared it to “a big, old slow turtle,” praised the vaccine’s approval in a video speech from the Oval Office.

“Today our nation has achieved a medical miracle,” he said, later noting the “great deal of money” the government gave Pfizer and other companies for vaccine development “hoping this would be the outcome, and it was.”

The U.S. is considering a second vaccine, made by Moderna Inc., that could roll out in another week. In early January, Johnson & Johnson expects to learn if its vaccine is working in final testing.

The Associated Press later confirmed with government officials that Meadows had issued the ultimatum about Hahn’s job hinging on the Pfizer approval at Trump’s direction. Hahn disputed characterizations of his conversation with Meadows.

“This is an untrue representation of the phone call with the Chief of Staff,” Hahn said in a statement. “The FDA was encouraged to continue working expeditiously on Pfizer-BioNTech’s EUA request. FDA is committed to issuing this authorization quickly, as we noted in our statement this morning.”

The FDA said earlier Friday that it “will rapidly work” to grant emergency use of the vaccine.

Hahn and other top health officials have been working for months to boost public confidence in the government’s vaccine effort, which will eventually need to reach most Americans to suppress the virus.

Recent polls show only about half of all Americans are ready to roll up their sleeves for a shot. Many have safety concerns and want to wait and see how the initial rollout fares. But concerns that a vaccine was rushed due to political pressure could further undermine the unprecedented vaccination effort.

Trump has complained for weeks that Pfizer and other companies had purposely delayed releasing data on their vaccine candidates to hinder his re-election chances, although there is no evidence that took place and the companies have denied that was a factor in their timelines.

Despite pushing unsubstantiated claims of widespread voter fraud after losing to Joe Biden, Trump has also blamed the fact that a vaccine was not available before the Nov. 3 election for his loss.

–With files from the Associated Press